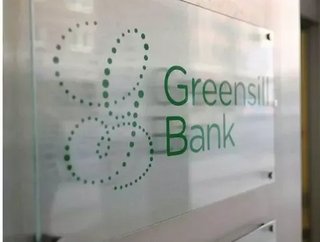 Administration of Greensill Bank will affect numerous German municipalities connected to the lender...

The collapse of Greensill Bank has sent shockwaves through German communities as the scale and breadth of the crisis is realised.

According to reports, German municipalities held an estimated $600m with the lender that wasn’t covered by deposit insurance or subject to ECB-imposed negative interest rates.

Greensill’s German municipal depositors include the Hesse state capital of Wiesbaden, the university town of Giessen, the Cologne opera, and the sewage plant of a suburb of Hannover.

Reports suggest that the expensive rescue of municipalities that had banked with other fallen lenders including Leham Brothers and Maple Bank is to blame. The move resulted in public sector clients of Germany's private sector banks no longer being covered by the country’s deposit insurance scheme in 2017.

But banking experts have heavily criticised the move which now sees municipalities on the brink of losing vast amounts.

Deputy head of the German association of cities and towns, Verena Göppert, called the decision “a mistake as it cannot be properly justified.”

The German Ministry of Finance is also unlikely to provide a safety net for the losses. When asked about the crisis, the government body reportedly pointed to the current regulatory framework, citing the fact that many of the afflicted municipalities are already financially challenged. A spokesman said that German cities are already under huge financial pressures from the Covid-19 pandemic, with falling tax revenue and rising expenditures.

The administration of Greensill is already threatening thousands of jobs across Europe, the UK and Australia as GFG Alliance, which defaulted on its loans to Greensill following a 60% downturn in demand from its steel operations because of the COVID-19 pandemic.

Greensill, which was backed by SoftBank, specialised in supply chain finance. The fintech filed for insolvency on March 8th after Credit Suisse Group suspended $10bn in funding to the bank.

The demise of Greensill Capital has sent shockwaves through the network of financial and industrial institutions that were dependent on its supply chain funding and the investment opportunities it provided.

Susannah Streeter, senior investment and markets analyst at Hargreaves Lansdown in London, explained, “For companies reliant on its factoring service, the great scramble has begun to find other ways of covering the looming cavern in their finances. Those investors who had bought the debt sold on the market are now staring at potentially big losses.”

Apollo Global Management’s $59.5m offer for Greensill’s IT systems and intellectual property. However, the equity firm halted talks following an escalating stand-off with a critical technology provider to the once high-flying supply chain finance group, the FT reported.

Meanwhile, Greensill Capital issued a public statement via its website saying, "Joint administrators are in continued discussion with an interested party in relation to the purchase of certain Greensill assets. As these remain ongoing, it would be inappropriate to comment at this time."