Robinhood cites cause of its three outages 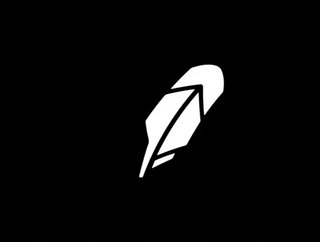 Robinhood has experienced its third crash in two weeks. During a particularly turbulent time in the stock market, we look at the possible causes. Robin...

Robinhood has experienced its third crash in two weeks. During a particularly turbulent time in the stock market, we look at the possible causes.

Robinhood, one of the most disruptive financial services companies in the fintech space today, has experienced its third outage across its app over the last two weeks. These crashes coincide with particularly challenging days of trading on Wall Street, including the biggest single-day point drop in Dow history. The outages have been met with high volumes of concern from users, who have invested over US$900mn into the US$7bn company.

Co-CEOs and Co-founders, Baiju Bhatt and Vladimir Tenev, have issued a statement, acknowledging that these outages are “not acceptable”.

The crashes have been attributed to “stress on [Robinhood’s] infrastructure - which struggled with unprecedented load. That in turn led to a “thundering herd” effect - triggering a failure of our DNS system.” The founders have also suggested that the crash is largely down to the dramatic and historic shifts in the US stock market over the last four weeks.

After the second outage, Robinhood assured its users that Robin Gold premium customers would be compensated.

The volatile shifts in the market can largely be attributed to the fears and supply chain impacts resultant of the Corvid-19 outbreak, which was officially labelled as a pandemic yesterday morning by the WHO. The stock markets are continuing to experience heavy loss days, and there are global concerns that the virus will fuel a recession.

Though Robinhood’s system is fully operational again, the oscillations of the US stock market is causing a number of users to question if this is the end of the outages for the brokerage app.

The company was established in 2013 by Baiju Bhatt and Vladimir Tenev, pioneering commission-free investing by building its own technology from scratch. Reinforcing the message behind the business, Tenev has been famously referenced as noting that executing a trade costs brokerages fractions of a penny, but that they then typically charge as much at $10 per trade; that's before you include the required $500 to $5,000 account minimums.

Did you know? Robinhood is due to launch in the UK this year. Though it is not known if the recent challenges faced by the investment broker will delay the launch, UK users can sign up for early access.