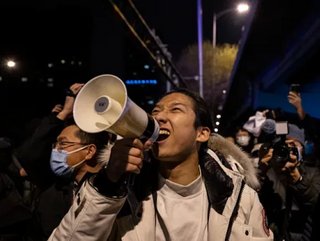 China is hailed as having the world’s second-largest economy according to the latest stats from Bloomberg - a title that gives it considerable sway, financially speaking.

That optimistic predictive data could prove correct. China’s global positioning means the health of its economy directly affects all other global markets through its highs and its lows.

But right now, it is experiencing an economic low that has been brought about by several factors, and this is causing a number of global impacts.

The most recent protests erupted after a fire killed 10 in the city of Urumqi, where people have been locked in their homes for four months. As a result, Shanghai's Stock Exchange has seen stocks fall and the Chinese Yuan tumble in value against the dollar. These are likely to be temporary blips but they are indications of deeper-rooted problems.

The wider impact of China’s social problems has also been seen across Asian economies, as evidenced in Japan, Korea, and Australia, all of which experienced disappointing results on their respective stock markets as a direct result of China’s current issues.

Australia particularly will face hardship if the downturn continues because China is its biggest two-way trading partner by far.

According to a recent report by The Guardian, in June of this year, Australia’s exports to mainland China surpassed $16.3bn and were almost double the $8.8bn imports. “Trade between the two nations has risen 140 times compared to January 1988, when the data series began,” it states.

But the knock-on effect doesn’t end there. Susannah Streeter, a senior investment and markets analyst for Hargreaves Lansdown, points out that China's civil unrest has pushed down mining stocks, luxury goods, and the oil price to US$81 per barrel - its lowest level since January. Experts are also predicting that extreme crackdowns of the protesters on the back of the COVID lockdowns, will dash hopes of the Chinese economy making a resounding recovery.

She says, “There are expectations that a much more stringent security clampdown will be ordered. This is all dashing hopes of an easing of restrictions, given that  Xi JinPing will not want to look like he’s backing down in the face of protests.” 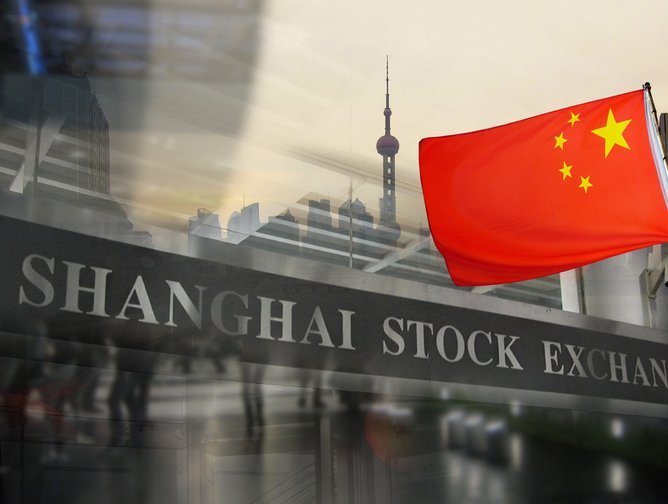 As a Communist regime with a totalitarian outlook, China is not used to dealing with dissent. The last major event that stained its sketchy humanitarian record, was the 1989 Tiananmen Square protests and massacre.

The protests, which started on April 15th of that year, and were forcibly suppressed by China’s authorities, halted on June 4th when the Chinese Government declared martial law and sent the army in to deal with the protesters. The soldiers were ordered to open fire on crowds.

An official death toll is difficult to quote - but various sources say that at the very least several hundred people died - perhaps even several thousand  - and several thousand more wounded.

The episode left a bitter taste in the mouths of the international community. But, the method was effective at breaking the spirits of the student protestors - until recently, that is.

But while many news outlets cite the tyrannical zero COVID policies and draconian lockdowns for the recent civil unrest, another reason for disobedience is also looming large. 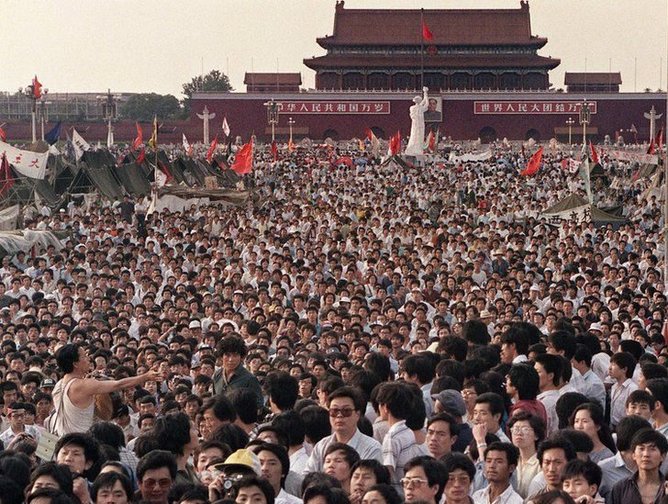 China’s property market is in a state of collapse

As the sector represents around 24% of China’s GDP, similar proportions of overall employment and approximately 35% of total credit, its state of flux is a concerning issue.

People bought off-plan, taking out mortgages against architectural promises, some of which, never materialised. Developers mismanaged funds, over-promised customers, and then produced cheap and unsafe highrise constructions - many of which have since been demolished.

The result has been the cessation of mortgage payments amounting conservatively to US$145bn deficit, and angry street protests from hundreds of thousands of disgruntled customers who want their money back and their government to take affirmative action.

But mortgage repayments and the property market meltdown have also been impacted by COVID lockdowns. If people can’t work, they also can’t pay their bills.

Logan Wright Senior Associate (Non-resident), Trustee Chair in Chinese Business and Economics for the Center for Strategic and International Studies, writes; “Property sales revenues have declined by 31.4% so far in 2022, leaving developers unable to complete houses that were sold in 2020 and 2021. They are now awaiting financial assistance from Beijing to do so. The property sector was always going to be a drag on growth in 2022, dwarfing any pickup in infrastructure investment, but COVID-related restrictions have accelerated and deepened an inevitable economic adjustment.”

Ultimately, there is now a lack of confidence in one of the main pillars of the world's second largest economy. "Mortgage boycotts, driven by deteriorating sentiment toward property, are... a very serious threat to the financial position of the sector," think tank Oxford Economics recently noted. 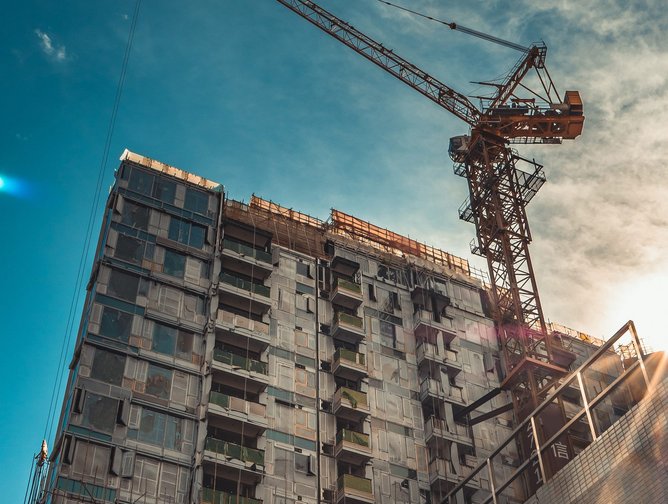 But an unhappy population rallying against tyrannical policies and drowning in unpaid debts isn’t the whole story.

China’s workforce, which is currently required to maintain its behemoth manufacturing industry, is also far from stable. Decades of inhumane enforcement of the One Child Policy have resulted in an aging population.

Indeed, data shows that in 2021, people aged 60 and over made up nearly one-fifth of the Chinese population. By 2030, over 30% of all Chinese people are expected to be in this age group.

Even though the One-Child Policy was scrapped in 2016 in a bid to boost the birth rate, the psychological damage wrought on the population through decades of anti-birth propaganda and brutal repercussions for those that broke it, means China’s breeding-age demographic, are no longer interested in breeding. The rate of population replacement is no higher than it was a decade ago.

Right now, this suits the Chinese economy, because women of childbearing age are working, rather than having children. So far, so sustainable. But as the population continues to age, without adequate replacement, questions arise. 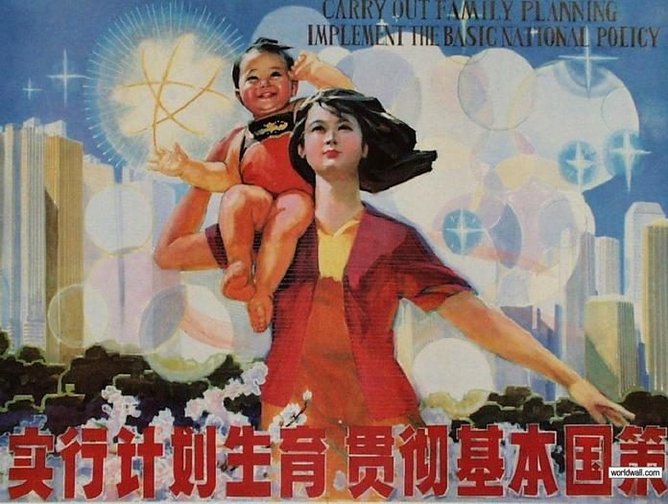 Could technology could provide the solution to China’s aging population

Of course, it could be that the CCP is not duly worried about its swiftly declining population. And this is because technology looks set to replace humans in the workforce by a considerable margin, by 2030.

A 2017 study by the McKinsey Global Institute (MGI) predicted that robots will replace 400 to 800 million people in the world by 2030. And as automation technology develops, an estimated 31% of working hours in China will be automated.

The erosion of China’s population, then, could well be seen as a good thing by its commercially-minded leaders. According to a manufacturing report published by China.org.cn, “It takes a robotic arm just 70 seconds to tie up six rebar rods and assemble them into a cage-shaped structure that can later be used for construction…. Compared with manual work, the robot workstation can boost production efficiency by four times and improve the yield rate to over 95%.”

Replacing millions of workers with robots seems a workable solution to a myriad of problems.

Seemingly confirming this premise, a report by the South China Post stated that a survey of nearly 2,000 companies in China, by the Wuhan University Institute of Quality Development Strategy, noted that by 2025, machinery and robotics are set to replace nearly 5% of China’s workforce, leading to the disappearance of certain jobs and more pressure on the job market.

Machines don’t rebel. They can’t protest against lockdowns. They don’t spread sickness. And nor do they need to be compensated by industries and governments that have failed them. Indeed, a manufacturing economy driven by automation rather than a human workforce could be exactly the solution China’s leaders are banking on.

In the meantime though, there may well be a few more downs than ups in store for China's influential economy. 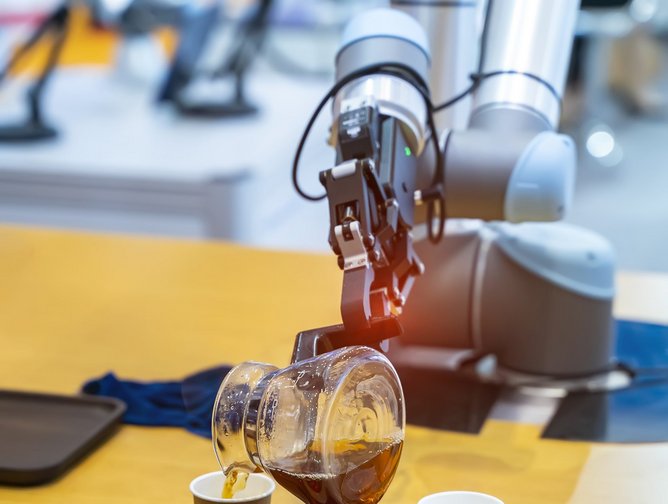