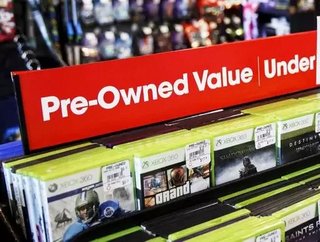 The stock-buying surge followed calls to action on Reddit’s wallstreetbets, and was then facilitated via online trading portals, including the aptly named commission-free, stock trading and investing app, Robinhood.

GameStop’s share price soared as the cheap stock was shorted by hedge fund giants jumping on what they saw as an ideal opportunity to profiteer from a dying company.

Wall Street’s decision to “short” was reportedly motivated by a bet against Amazon that looked set to fail. Shorting is the risky business of 'borrowing' company shares and selling them, intending to buy them back at a lower price and then pocketing the profit.

However, when GameStop share prices jumped from $3.25 each, up 145% and then 300%, the smalltime investors held on tight to their stock. This created an upward spiralling share-price frenzy that resulted in the New York Stock Exchange ceasing to trade nine times on Monday.

Since then, the rising price loop of GameStop shares has continued, as trading by individual investors leads to ‘outsize stock market swings’.

“On Wednesday 13th January, all the market chatter around Tesla’s stock price being in a bubble was suddenly eclipsed,” says David Morrison, Market Analyst, Trade Nation

“A largely-ignored company, GameStop suddenly became the focus of market attention. This was because shares in the company pretty much doubled from below $20 to $38 in a single session.”

From all indications, the shorted shares looked like a good investment for large-scale players, points out Morrison, as the value had stayed low and unmoving for months. Shorting the shares and then pocketing the profit seemed a safe bet.

“Bear in mind that last summer the stock struggled to break above $5,” he explains. “But once it started to rally, the company attracted a lot of attention from investors looking to short the shares. That is, borrowing and then selling the stock in the expectation that the price will drop allowing you to buy it all back and make a large profit.”

The company seemed the perfect fit for short-selling due to its traditional, store-focused set-up. “Why was GameStop such a target for short-sellers? Because it’s an old-style ‘bricks and mortar’ company without a strong online presence whose ‘time has come’. Sound familiar?” says Morrison.

Hedge funds and other large investors are considered market experts, their privileged position usually meaning they make a good judgement call. But the GameStop short-selling was different because large-scale investors were apparently unaware that the company had hired three new, high-flying executives in recent months, to turn the company around.

It was this information that added to the initial share price rise, and their subsequent losses that amount to billions.

“This contributed to that big move on January 13th,” says Morrison. “But if you look at the chart today, you’ll struggle to identify that move. Just two weeks later nearly made, GameStop hit a fresh all-time high of $379 - a gain of roughly 1800%. That’s a life-changing trade if you were smart enough to buy, and brave enough to hang on. It’s also a life-changing trade if you were short, and not in a good way. Billions of dollars have been lost by short-sellers.”

Speaking to the Guardian, Ihor Dusaniwsky, a managing director at the data analytics company S3 Partners, said established investors were still hoping GameStop’s share price would collapse, were ignoring their earlier losses “and using any stock borrows that become available to initiate new short positions in hopes of an eventual pullback from this stratospheric stock price move.”

The story of GameStop’s victory has garnered worldwide appeal, even attracting the attention of the Biden administration earlier this week, which stopped play to announce it was ‘watching the situation carefully’.

Felix Salmon, the chief financial correspondent at Axios, describes it as “a simple morality tale. A scrappy band of Wall Street outsiders, armed with little more than moxie and their stimulus checks, have not only made millions for themselves, but have also humbled big-name fund managers who had dared to bet against a blameless retailer.”

In essence, the entire debacle (on the part of the big investors) has been viewed as a victory for the small-time trader, with the underdog beating the giants at their own game.

“There’s scant sympathy for them,” says Morrison. “The whole business is seen as a trump for the little traders, the Robinhood account holders who use Reddit to get their financial information.”

He continues, “On the other side is the Wall Street players who would happily see GameStop go out of business and people lose their jobs if its brought for a profit. Of course, life is never that simple, and the GameStop story is far from over as traders hunt out other heavily-shorted stocks.”

He adds, “But it’s a salutary tale of our times and a timely reminder of the dangers that can lurk when shorting individual stocks."