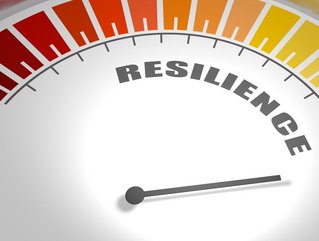 As investment opportunities shrink and startups put the brakes on expansion, we spoke to industry experts about how startups can increase resilience

The fintech space is having a difficult time at the moment with the investment environment providing challenges and consumer spending curtailed by the doom-and-gloom of high-interest rates and inflation.

Some companies have had to freeze or downsize their workforce. Others have pulled back on that all-important IPO. Valuations and stock values have also taken a hit, as the global economic climate continues to proffer bad news.

It’s not easy to survive, let alone thrive in such an unstable environment.

Proof of clear strategy and sound economics are two essential ways that fintechs can improve their chances of attracting investment – despite the economic downturn.

Angel investor Patrick Kavanagh, who’s also the Co-founder of Atlantic Money and one of the first capitalists that backed the investment platform Robinhood, says that the situation is very difficult – but fintechs can help themselves.

“While valuations thrived during the COVID-19 crisis, the era of subsidising unsustainable growth seems to be in the rear-view mirror now. Fintechs are now quite literally paying for their previous stratospheric valuations, rapid expansions, and loss of focus. They’ve been forced to tighten their belts, with many withdrawing job offers and laying off staff. Lay-off tracker TrueUp estimates there have been over 100,000 tech layoffs in the past five months.”

He continues: “In this risky environment, fintechs need to refocus and consider what will convince investors to loosen the purse strings. They want to see more proof that core economics make sense and business models that are easy to understand. Crucially, investors want to see a clear path to profitability. Companies that also focus on customer segmentation and build targeted products to match will likely be rewarded for their efforts.”

Leadership and resilience in fintech

A change of direction, as advised by Kavanagh, requires executive teams and company leaders to reevaluate their strategies, and change direction. This may involve looking at different ecosystem partnerships, putting a new rollout on hold, or even shifting core mechanisms within the company to achieve a stronger business.

Daniel Harman, CEO, and Co-Founder of Dark Square Capital, believes flexible thinking is key, as is a lean, agile approach. “With all startups, flexibility and patience are key. Fintechs have the added requirement of needing to be FCA regulated in certain cases, which makes launching your product, promoting/advertising, and pivoting more difficult,” he says.

Harman remarks that, in the fintech space, it’s particularly important to make sure leaders have done their research and properly analysed their target market. “You’re asking users to trust you with their finances, so I think customers are less forgiving than they might be in other sectors.”

Vivi Friedgut, CEO and Founder of Blackbullion, agrees with Harman. But she says cohesive teamwork and a strong culture are also key in surviving the storm.

“You need the ability to lead an engaged, committed team. To have created that culture of purpose and inclusion from the outset by bringing your people into your vision,” she says.

“Your talent is your momentum when you’re scaling. It’s not about leading the hardest working team to achieve your goals or burnout. Rather, it's about being creative with how you make your teams’ work lives great, fostering a culture of flexibility and autonomy so your people truly commit to your business’ values and mission. Leadership is about making your people want to be part of that scaling journey. Because, as we’re seeing, it’s not an easy ride.”

Sector opportunities despite the downturn

Despite the difficulties, there are areas that are thriving. Fintech leaders can improve their chances of raising investment capital if they concentrate on these areas.

“I see an increasing number of investors putting more capital into carbon capture startups that aim at using various technologies for carbon removal,” says Michele Tucci, Chief Strategy Officer & MD Americas at Credolab. He goes on to say that it's only a matter of time before companies start using blockchain technology to keep a record of carbon reduction, which also links the regenerative work of land managers to the companies buying carbon credits.

Konstantin Zaripov, Managing Director at MultiPass, part of Dyninno Group, comments on the payments space – citing it as an area that’s still receiving a healthy amount of investment funding. “Payments have recently grown a lot and have an overall share of one-third of the total funding received. Other sectors that have grown tremendously are Digital Lending (which has risen three-fold), InsurTech (risen two-fold), WealthTech (three-fold), and Capital Markets (three-fold).”

Striking a balance in unstable times

It’s a fine line to walk in terms of leadership, strategy, and purpose. But it’s one that is creating much more resiliency – and the market will be stronger for it – once we emerge on the other side, says Dima Kats, CEO of Clear Junction. “Across all markets, the threat of recession is forcing many business leaders to become more efficient regarding their spending and budgets – with the view that adopting a ‘leaner’ operation during these tough times will lead to a more resilient organisation.”

Kats points out that, much like other industries, the recession is a challenge for players in the payments’ landscape. This is because, at its core, a recession impacts real consumption, which is the base layer of payments industry growth.

However, he says: “There is still quite a bit of investment money available and opportunity for growth, but the reality is that, during a recession, investors take fewer risks and take longer to make investment decisions.”

He concludes: “I believe the payments’ industry has a more nuanced outlook than current valuations imply. In my view, there are many aspects of payments that may be more resilient in a recession than many investors expect, creating the potential for enormous investment opportunities.”

According to the latest data by CBS Insights, lots of fintech companies are still thriving in the marketplace. Here are the top five fintechs to watch in 2023:

#1 Stripe - This online retail payments giant has not yet revealed plans for its IPO. Stripe was last valued at $95bn in a March 2021 funding round.

#2 Checkout.com - the international financial technology company that processes payments for other companies, founded as Opus Payments in 2009, is headquartered in London. It recently received a valuation of $40bn.

#3 Plaid - the fintech company that facilitates communication between financial services apps and users' banks and credit card providers has not lost its way in the downturn, having recently received a valuation of $13.5bn.

#5 Sumup - SumUp is a global financial technology company headquartered in London that supports more than 3.5 million merchants in over 30 markets worldwide. Its most recent valuation in June 2022 placed it at $8.5bn.