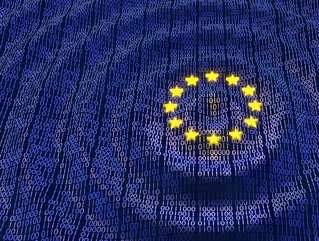 The European Union has announced the creation of a consortium that will deliver a cross-border payments programme, leading to digital ID wallets

The European Union has announced the creation of a multi-country consortium, which will lead in the delivery of a new, cross-border payments pilot programme in keeping with the aims of the EU Commission, to launch a controversial digital ID wallet.

A statement released by the multi-country panel of experts appointed by the EU, called the NOBID Consortium (which stands for ‘Nordic-Baltic eID Project) reveals six countries will be involved in the development of the digital ID wallet. They are; Denmark, Latvia, Iceland, Germany, and Norway.

The consortium will be responsible for the development and delivery of the EU’s “priority use cases” for the digital ID wallet, which initially will encompass payments. NOBID is reportedly receiving support from leading digital government agencies, banks, enterprises, and technology providers to leverage the mature digital identity infrastructures of the six respective nations in the consortium.

Plans for the digital ID also include the capacity to store a wide range of personal data points, from a person’s health and vaccination status to financial records and more.

NOBID claims the new pilot will involve a secure app that, when it comes into being, will “allow citizens across the continent to easily verify their ID, access public and private services, and store sensitive digital documents in one place.”

The concept of digital ID wallets has not been met positively by many EU-based experts. And, despite the heavy opposition, the EU is marching ahead with its plans.

A number of industry experts and politicians have expressed concern, citing privacy issues and likening such programmes to China’s social credit system in the making.

In an information video released by the EU, the commentator states that; “the Europen digital ID wallets will allow us to store and exchange documents and legal information, while fully controlling which data we want to share with them.”

The move has also the full support of EU President Ursula von der Leyen, who says digital IDs will enable EU citizens to have better control over their personal data and the system will prevent identity theft.

Currently, the wallet, which will be developed as an app to be uploaded to a mobile phone, will only include information selected by the owner of the data. People can choose to include their medical and financial information.

However, debates in the EU Parliament have already been raised regarding the app's potential as a tool that could be used to oppress citizens. MEP (member of the European Parliament) Cristian Terhes, recently described the EU’s mandatory COVID-19 passports and the digital ID wallet project as the “Chinification” of Europe.

He stated: “Clearly, we are witnessing right now, the Chinafication of Europe because we see what is happening in China right now with the social credit score, where the government is monitoring all the people… They control everything and watch everything. This is an example of tyranny.”

Another skeptic, Netherlands MEP Rob Roos, raised the question of mandates. He said: “How voluntary is the European Digital Identity Wallet? But even more importantly, how voluntary will it remain in the future? Because the European Union always comes up with nice plans to eventually abuse it, to create more control.”

According to reports, some countries in Europe are already embracing digital credit programmes that could work in conjunction with the digital ID wallet. Rome and Bologna, for example, have begun piloting a social credit programme that rewards people for adhering to the practices that will contribute the net zero agenda. These activities include using bicycles instead of scooters.

Despite opposition, the statement makes no acknowledgment of the controversy and instead notes that the NOBID Consortium will be just one of the EU digital identity pilots, and will receive funding from the EU Commission´s DIGITAL Europa Programme, enabling its March 2023 pilot launch.

The project also reportedly has “unrivalled” support from leaders in banking and payments, including DSGV in Germany, DNB, and BankID in Norway, Nets in Denmark, Intesa Sanpaolo, PagoPA and ABILab in Italy and Greiðsluveitan in Iceland.

Speaking about the project, Tor Alvik, Project Manager of the consortium, said; “We are honoured and privileged to have the EU Commission´s trust in piloting and shaping the future of digital payments and digital identity in Europe. Together with all our partners, we will make use of our experience and highly mature digital identity infrastructures in the NOBID consortium countries to deliver a successful large-scale payments-pilot of the EU Digital ID Wallet”

A number of leading technology partners have also allied themselves with the project. They include; Thales, iProov, Signicat, RB, Auðkenni, IPZS, Poste Italiane, Intesi Group, InfoCert, FBK, and Latvian State Radio and Television Centre. Merchants that will be testing out the payment solution include Elkjøp in Norway and REWE-group in Germany.