How can challenger banks differentiate themselves? 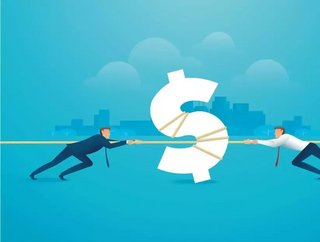 Challenger banks are distinguishable for their modern fintech practices—but with market saturation never far away, how can they further differentiate...

Challenger banks are distinguishable for their modern fintech practices—but with market saturation never far away, how can they further differentiate?

In the British lexicon at least, challenger bank has come to be something of a feared term amongst major UK financial institutions. These small, emerging retail and business banks—often start-ups—have no qualms in advertising themselves as direct competitors of long-standing and highly renowned banks. These include the so-called Big Four: HSBC, Lloyds Banking Group, Barclays and Royal Bank of Scotland Group.

Challenger banks have distinguished themselves by revolutionising the banking process, not least because their online-only operations negate the complexities and costs of traditional banking. They pose a disruptive presence to retail banking across the value chain, be that with regard to lending, customer contract, payments, mortgages or alternative financing. It’s no secret that challenger banks employ attacking business models, making rapid inroads to the sector’s profits by offering alternatives that are at once digitalised and agile.

All that being said, challenger banks pose something of a threat to themselves, too. As the original arrivals begin to eat into long-term incumbents’ market shares, so more and more newcomers continue to take up the mantle. Market saturation is never far away, so how can challenger banks differentiate themselves more than ever and stand out from the crowd?

Challenger banks are well-positioned to compensate for any drop in fee income stream they may face by leveraging the reams of incidental data they collect to generate insights, realise value and effect a hyperpersonal approach to their customer relations. After all, banks in general hold a highly privileged position in the economy, insofar that they are both facilitators and scorekeepers of everyone else’s business.

Challenger banks would be well advised to seek streams of income from beyond the realm of traditional banking. That way they may effect a competitive advantage from their existing consumer relations. They should be aware, however, that digital innovations have the power to compress traditional streams of fee income such as overdraft charges and payments.

There is also an exponentially growing Generation Z market to be tapped in to. Indeed, in 2019 alone 6–18-year-olds in the UK earned £4.5 billion, primarily courtesy of increasing pocket money allowances and the monetisation of social media activities. Therefore, they should use both their position and their data in the transaction flow in order to tap additional streams of revenue—whilst aiding customers with non-financial services purchases.

Furthermore, a challenger bank could differentiate themselves to great effect by rethinking their value proposition and repositioning in the lives of their customers, extending beyond the digital presentation of traditional monetary products to become trusted advisors on the broader subject of financial wellbeing. This would entail building extensive partnerships with the providers of non-financial services products, recognising that credit and payments alike are sure to become far more embedded—and invisible—as we move into the mid-’20s.

Driving down costs with digital capabilities

Digital lenders see significantly reduced cost profiles for their operations in comparison to traditional high street banks, meaning the digitisation of end-to-end processes should be prioritised. These processes should be powered by data and analytics and leverage automation and AI to drive down the cost to serve, minimise human touchpoints and improve both cross-sell ratios and service levels.

Challenger banks could drive home their digitalised advantage further by using it to improve their bottom lines and reduce the work-hours involved in their functioning. Humans may eventually be needed only to make judgement calls beyond the capacities of automated processes.

It is integral to the growth of a challenger bank to continually attract diverse skills and experience, not only to design colleague and customer digital experiences that set them apart but also to realise swift product innovation. To stock themselves with sufficient numbers of skilled employees, challenger banks would be well advised to vie for the finest talent by looking beyond the usual rewards to both attract and retain their workers.

That being said, digital banks should continue to utilise systems integrators and technology partners to accelerate transformation and innovation. They could achieve these ends by substituting low-expense offshore workforces with higher-expense technology partners who can provide capacity for critical initiatives.

Some challenger banks may hope that their initiatives might one day grow to the point that they transform and absorb the legacy bank. But whilst challenger banks may well encourage valuations of billions, their already limited income streams and balance sheets are often heavily reliant on the payment of processing fees.

All of this means that challenger banks are at a significant disadvantage when it comes to remaining viable in the long term when competing against established traditional institutions. Therefore, they should look instead to mature into banks with business models not dissimilar to those of the companies they wish to replace—except with digitally savvy execution.

No bank is—or indeed should be—the sole source of innovation within their sector, so challenger banks must foster good relations within their broader ecosystem. After all, leaders already leverage long-standing methods of filtering, prioritising and monetising the finest ideas of other institutions to remain at their industry’s forefront.

Innovations labs, consortium memberships, venture capital investment stakes—these are all fantastic strings to a challenger bank’s bow. But the true litmus test of their engagement with the fintech community is to what extent they raise the uptake of transformation for their client-facing propositions.

This article was contributed by John Ellmore, Director at Know Your Money