What makes a city an international banking and fintech hub? 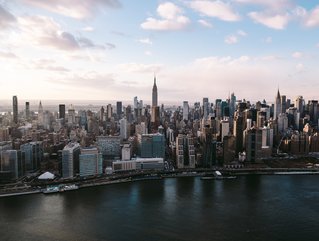 From historic significance to a love of innovation, the world’s leading banking hubs all have a few things in common

Every year, a flurry of reports examine the top global financial hubs and score them for leadership. Occasionally, some entrants that once made the top 10 get knocked out of the running. But, mainly, the list of most significant destinations for commerce and international banking remains unchanged. We take a look at the world’s biggest international banking hubs – and the traits that built them.

If it continues on its current trajectory, a city better known for its actors and glamour is predicted to knock New York off the top spot.

The US Census Bureau reported recently that people are leaving New York at a faster rate than any other state in the US, with an exodus of 1.4 million people between 2010 and 2020.  The New York Business Journal also reported that California is the destination of choice for those leaving NY.

Los Angeles has seen an increasing number of fintech businesses establish themselves over the past decade, and this is mainly attributed to the high talent pool and lower real-estate costs. Some reports also show that the COVID-19 pandemic, Brexit and political instability has contributed to entrepreneurs seeking out the sunshine city as their base for financial services.

According to Selby Jennings – a specialist recruitment agency supplying tech talent – the disruption seen in Los Angeles is also a driving factor.

While China has long been a hub of international investment and commerce, Shanghai has come into its own over the past decade, following the Chinese Government’s announcement in 2009 that it would indeed be an international financial centre by 2020.

According to reports by EY, the strategy for expanding the city’s global financial importance has been underway for almost two decades.

The plan includes streamlining capital account convertibility, which facilitates qualified foreign investors in Shanghai’s Lingang New Area. There are also plans to develop an RMB-to-foreign currency capital pool to “simplify the allocation and adjustment of an investor’s reserves in RMB and foreign currencies”.

EY also notes that, as well as expanding the derivatives market, China has been highly active in attracting new, foreign investors – thus paving the way for international banks and wealth management ventures, as well as fund management companies to establish themselves in the city.

The Hong Kong Stock Exchange is the fourth largest in the world – and the island’s low taxes also make it an attractive prospect for commerce. Secondly, the former British colony has been a trusted APAC business hub due to its robust legal framework attracting a large number of key international and investment banks to its shores. And thirdly, the location of Hong Kong has been instrumental in its success, as it has allowed it to act as the gateway for trade between mainland China and the rest of the world. It’s also China’s second largest trading partner, after the US.

This winning combination is supported by a population that is fully active in the banking and financial services industry. According to the Hong Kong Monetary Authority, the island provides free flow of capital, a full spectrum of financial products, and a large pool of financial talent.

In a recent report, the HKMA stated: “The financial sector had a workforce of over 258,000, or nearly 7% of the working population in Hong Kong in 2017, and contributed to some 19% of Hong Kong's Gross Domestic Product.”

As the world’s second-largest fintech and financial industry hub, London has history on its side when it comes to size and importance. International trade has been a mainstay of the city since the Middle Ages, while the UK’s Central Bank – The Bank of England – is, according to records, also the second oldest bank in the world.

A recent report by the City Of London noted that, despite the impact of the pandemic and Brexit, the financial industry remains robust. In 2021, the UK’s financial services’ exports increased. The trade surplus also remains higher than in all other global financial hubs. The city is also home to over 30% of Europe’s unicorns, and London increased its headquarters’ share of Fortune Global 500 companies by more than a third. It is also Europe’s leading centre for asset management.

Despite the rather more glitzy and sunny Los Angeles snapping at its heels, New York – and most notably, Wall Street – remains the global financial leader of the world’s banking hubs.

Over the years, New York’s location has also played a part in its banking success. Although Philadelphia was originally the banking capital of North America, New York overtook the city because of its strong commercial trade; this was largely due to the completion of the Erie Canal in 1825.

As New York became the gateway to the US, it attracted a dense concentration of public and private banks, as well as trading and insurance companies. Today, the banking fraternity is firmly embedded in the financial district, and the New York City metro area contains over 200 banks alone.

But perhaps the most important factor is the presence of the Federal Reserve Bank of New York. While the city is home to 12 US federal reserve banks, New York’s Federal Reserve bank is by far the largest (by assets), the most active (by volume), and the most influential of the Reserve Banks. It also acts as the market agent of the Federal Reserve System, because it houses the Open Market Trading Desk and manages System Open Market Account, which is the sole fiscal agent of the US Department of the Treasury, the bearer of the Treasury's General Account, and the keeper of the world's largest gold storage reserve.

Changes in the banking space

Alexander Perko, head of Strategic Partnerships for Minka gives us his insights and predictions for the marketplace over the next 18 months as digital currencies continue to dominate discussions.

"In today’s international market, there is a continued need for cheaper remittances in developing countries, and in need of reduction everywhere. For example, workers from developing cities in London or New York might need to send funds back home and need them to be cheaper also. As outlined in the latest BIS report, cities such as London and New York play a huge supporting role in economic development, especially when it comes to financial inclusion.

More financially developed countries are evidently dominating the global financial markets, creating hubs to support the fast-growing sector. Additionally, mobile wallet usage is set to continue booming, even with the majority of users in China and Asia Pacific, the number is expected to jump 74% to 4.8 billion globally within the next five years.

There is also continued uncertainty around the merits or validity of CBDCs to consider. According to the UK Parliament, if CBDCs are introduced, it is inevitable that some people will transfer money out of their bank accounts and into CBDC wallets. This seismic change could result in a huge unbalancing of the existing financial duopoly that exists, with central banks reducing the ability of commercial institutions to lend and make money. The resulting fear of bank runs and increased cost of financial services for consumers could easily outweigh the benefits that CBDCs offer.

Ultimately, banks are treading the thin line of not losing their dominant position of maintaining financial stability to private money networks, such as Cryptocurrencies including Bitcoin. International banks need to avoid the risk of jeopardising the financial security of the millions of people who have investments in these alternative currencies by trying to abolish them."