Technology in Fintech and the story of Online Banking 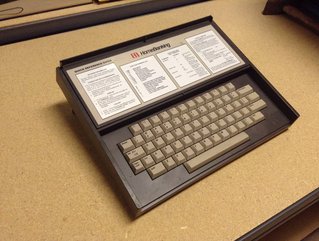 As neo and challenger banks disrupt the digital banking space, we track the timeline of online services from the late 90s to today

Online banking services have never been so efficient. From arranging overdrafts in a couple of clicks to operating all financial transactions of super apps, digital financial services have taken a great leap forward over the past forty years. We track the history of online services in finance, which began with the birth of the internet.

The first home banking service was offered to consumers in December 1980 by United American Bank, a community bank with headquarters in Knoxville, Tennessee, United American partnered with Radio Shack to produce a secure custom modem for its TRS-80 computer, allowing bank customers to access their account information securely

New York City was the second place to test out the provision of remote services. Four of its top banks – namely Citibank, Chase Manhattan, Chemical Bank and Manufacturers Hanover – made home-banking access available to their customers as a further test pilot programme, aiming to see if the initiative would take off.

The Bank of Scotland became the first bank in the UK to embrace the innovative technology needed for remote capabilities. Their customers were provided with an internet banking service called Homelink. People had to connect to the internet through their TVs and telephones to pay bills and transfer money. The connectivity was slow and unreliable – but the disruptive potential of this new ‘telebanking’ service was instantly recognised.

Copy: In 1994, Stanford Federal Credit Union was the first financial institution in North America to provide all of its customers with internet banking. By 1995, Presidential Bank was the first bank in the country to give customers access to their accounts online. The world’s banking giants looked on with interest, noting the project’s success.

According to reports, by 2006, 80% of all US banks were providing internet banking services – and the trend has shown no signs of slowing down. In 2009, Ally Bank was founded – the world’s very first all-digital bank.

A study by Fiserve in 2010 demonstrated that both online and mobile banking were growing at a faster pace than even the internet.

Recent reports state that 80% of banking customers globally are regular users of mobile banking technology. But today, the very fabric of the financial industry is transforming as a result of DeFi and blockchain technology. Technology is advancing so rapidly that, by 2026, many experts believe numerous western countries will be officially cashless.