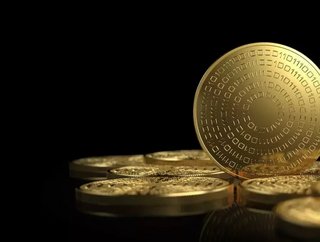 A report from digital product consultancy Elsewhen has measured the appetite for adopting crypto among traditional banking institutions...

A report from digital product consultancy Elsewhen has measured the appetite for adopting crypto among traditional banking institutions.

While, overall, the report concludes that the establishment has opted to service the sector in limited quantities, recent developments from the Bank of England and the US Federal Reserve suggest that more mainstream integration may not be far away.

“We are looking at the question of, should we create a Bank of England digital currency,” commented Andrew Bailey, Governor of the Bank of England. “[...] It does have huge implications on the nature of payments and society.”

Similarly, Federal Reserve Board Governor Lael Brainard stated that, owing to COVID-19-related disruption and the reminder that strong payment infrastructure is a necessity, “the Federal Reserve is active in conducting research and experimentation related to distributed ledger technologies and the potential use cases for digital currencies.”

One of Elsewhen’s primary observations is that no bank is currently focusing on every aspect of crypto equally. The answer appears to lie in specialisation; careful concentration on particular business segments will ultimately be more rewarding.

This means that organisations can operate in a familiar way while simultaneously offering opportunities to segments historically underserved by retail banks - the report cites SMBs (small-medium businesses) as a prime example:

“SME owners traditionally struggle from a lack of time and knowledge, so the increasingly advisory role banks, crypto or otherwise, are having could prove pertinent here.”

“Crypto companies find themselves in a particularly inhospitable banking environment, in part because of the regulatory hurdles retail banks themselves face in adopting new technology, but also due to the understandable fear and suspicion those banks feel about the cryptocurrency phenomenon in general,” states Elsewhen.

This, perhaps, isn’t so surprising: the decentralised nature of cryptocurrency mitigates the processing and transaction admin of fiat currencies and reduces dependency on banks and governments to guarantee the money’s value.

However, now that the public’s interest has been piqued and consumers are finding value in the utilisation of crypto, it is not difficult to imagine that the banking establishment will start calculating how best to approach the issue.

Now that major entities like the Bank of England and the Federal Reserve are exploring the possibilities in the post-COVID-19 world, it may be that crypto is finally gaining broad favour.