Why are Fintech Merger & Acquisitions on the rise in 2022? 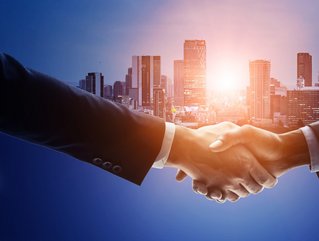 As M&As for fintechs increase in number, we speak to industry experts about the pros and cons of merging a company within the digital ecosystem

The digital ecosystem has transformed the global financial landscape. As part of the trend of collaboration and partnerships that has emerged during this transformation, mergers and acquisitions have risen considerably.

This has been the result of several things. The leading element has been technological development. As innovations have made great leaps forward in a short space of time and global digitalisation has been made necessary, the expense of switching over legacy systems to digitally-native platforms has resulted in more partnerships, with larger companies merging with smaller technology entities to scale and upgrade their tech. This strategy is often the more affordable option, given the expense of building new technology stacks and all the transitioning that that entails.

Increased funding in the fintech space is also enabling mid-sized companies to snap up innovative startups that are shaking up the marketplace with their disruptive solutions. Marc Kitten – programme director of the Mergers & Acquisitions Executive Education programme at Imperial College Business School and partner at Candesic, a strategy consultants firm –  says the merger and acquisitions boom is a natural progression of industry growth.

“Similar to what started earlier in biotech or with the internet, a combination of the latest technologies – computation power from mainframe to mobile phones, cloud/SaaS migration, sophisticated sensors, big data, ML/AI – is disrupting traditional banking and insurance.  Financing institutions find it easier, cheaper, faster, safer, and even vital to buy innovative teams and products rather than trying to develop in-house.”

He continues: “For the teams, it is the access to the customer base and the infrastructure of the established player, especially with regards to ever-increasing regulatory and compliance costs. For the owners, it is generally also a way to cash out, at least partially, in a very competitive and fast-changing environment.”

Marketplace volatility is another reason why companies would rather merge than invest in new technologies. It helps them to scale and grow, resulting in greater resilience – especially if there is uncertainty. Vivi Friedgut, CEO of Blackbullion, says: “There’s some push and pull happening in the market right now. It’s an increasingly tough fundraising period and it’s going to continue to be for the next 12 months, at least. This makes it a good time for companies to rationalise through M&A.”

Friedgut points out that, whereas fintechs have been working towards a strategic exit, forces at play also make it a smart time to sell. “At Blackbullion, we’ve spent a couple of years bedding down our business and now’s the time for us to really accelerate. The reality is, we probably could have built the product we recently acquired but, strategically, it’s more efficient for us to buy it – and we wanted to hit the pedal.”

The pros and cons of mergers and acquisitions

While being absorbed by a bigger company can cushion the blow of a tumultuous market and enable smaller brands to launch their offerings in a much wider marketplace, it isn’t without its drawbacks. Michael Buckworth, founder of Buckworths – a UK-based law firm that specialises in advising fintechs and other technology businesses on a range of legal and commercial issues – believes M&As can lead to a lack of independence for business founders. As such, these founders can suddenly find that they have restrictions on their budget, strategy, and hiring decisions – far in excess of the controls imposed by their previous VC investors.

“Being bought means being owned by the buyer and, in the case of the founders, effectively becoming an employee of the acquirer. For entrepreneurs used to enjoying extensive freedom to operate, this can be a hard transition.”

A fight for focus can also be a problem for newly acquired businesses, he says, as larger companies can often make multiple purchases which dilutes the attention they spend on each team. “Once the initial focus on the implementation of the acquired business has passed, founders can find that they have to fight to retain the interest of the buyer's management. This can lead to disappointment and challenges in growing the business.”

However, the pros of M&A are enticing, mainly because they relieve founders of the day-to-day pressure of running the business in its entirety. For example, there is more opportunity to focus on the business. “Many founders with whom I work are continually fundraising. It takes up huge amounts of their time and focus,” says Buckworth.

“Unless they have raised a Series B or C, they probably also wear a number of hats, including HR and legal/compliance. Acquisition often means an end to these dual roles. The buyer manages to fundraise and (hopefully) there are structures and teams in place to deal with HR, legal, and compliance. This leaves founders able to focus on the core business and on what they do best.”

Kitten agrees, stating that it depends on how good the acquirer is at integrating their smaller acquisition, because many acquirers destroy the value, unwillingly, by a lack of a common corporate culture that leaves the entrepreneurs too frustrated to remain. “Often, the strategic priorities of the acquirer change. Sometimes the acquisition was only meant to kill a cannibalising technology! Some banks like Goldman Sachs have learned from the past and run their own incubators and accelerators, which allows them to identify early innovation and also to build relationships early.”

Will M&As continue to be as prevalent as the ecosystem expands?

The digital ecosystem has resulted in many more strategic partnerships and collaborations as well as M&As. Smaller startups no longer have to be absorbed by larger entities and can often just form an alliance whereby both companies benefit from each other’s products, services and marketplaces.

But Jonathon Parkinson, managing partner at Marktlink, says one of the key benefits of merging with a larger company is the expansion of financial possibilities. “By growing their share of existing customers and gaining access to new markets, utilising cross-selling opportunities is a powerful way to realise revenue synergies and combat competition.”

And he points out that, while acquisitions and alliances can achieve similar goals, partnerships can fail to provide the security that underpins M&A, as they often rely on continuous collaboration and nurtured relationships. “The financial risk encountered by M&A investors, however, encourages greater commitment and a long-term will to succeed.”

The future of M&A in fintech

Five years is a long time in the fast-growing fintech industry. New changes seem to transform the space from one month to the next. Experts believe the global financial market will look very different in five years’ time, with fintechs being the biggest businesses in the financial services space, acquiring multiple businesses.

“To some extent, we are almost there,” says Buckworth. “Expect the likes of Revolut and others to suck up all the best technology solutions and become massive global businesses.”

Finally, regulators will play an essential part in supporting innovation and competition, says Buckworth. “Open Banking and the Revised Payment Services Directive have helped accelerate the adoption of fintech in the UK by allowing interoperability and third-party access to data,” he says, adding, “This has allowed SMEs to compete directly with larger established businesses and will ensure that M&A activity remains strong going forwards.”