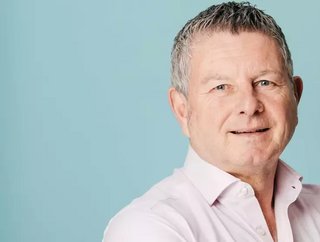 Kevin Mountford, co-founder of Raisin UK, discusses the rise of digital marketplace solutions and the importance of customer experience...

Money. It drives many of the most important decisions we make and has the power to change our lives - for better and for worse. Financial health, financial management and a focus on the greater use of technology to help us make those important decisions is one of the overriding trends currently driving innovation in financial services. And yet, according to research by Raisin UK, more than 18 million people in the UK admit that concerns, anxieties or thoughts around money and financial wellbeing keep them awake.

“Financial services and technology have had a close relationship for years, but that’s really taken a completely different meaning in more recent times,” he continues. “It’s not a revelation to say that, in the broadest sense, the world of fintech has been revolutionary in the industry - even more so with things like the rise of Open Banking and so on - but that has really accelerated more recently with a greater focus on the end user. Service and experience is a great driver and there’s a real evolution for the consumer happening. When Raisin GmbH began operations in Germany, for example, there was a clear understanding that the business had to have a tech-driven proposition but the ambition was very clear: to help savers across Europe to make the most of their finances - technology is really just a foundation to achieve that.”

For Mountford, this focus is in part driven by the inherent goal within Raisin of helping people with their finances, but he also recognises the broader shift of consumers embracing digital technology. “The way the people consider their finances is changing,” he explains. “One question I’m often asked is ‘what will the world of finance look like in five or 10 years?’ and it’s difficult to predict - I think it was Bill Gates, for example, who said that we need banking but we don’t need banks. You look at traditional banks and incumbents in today’s market and it’s a difficult position to be in. They’re improving significantly in terms of how they interact with customers, but it’s very difficult with legacy systems.”

In contrast, says Mountford, challenger and neobanks are able to offer a level of personalisation through their technology that is crucial in the long term. “Despite this, the challenge for them will be building on the breadth or depth of that relationship and bringing customers into a more profitable environment in the long term,” he adds. “Ultimately, consumers are interacting with different companies and models for different reasons. The customer is in control; whatever you do, it has to be delivered in a way that genuinely earns the rights of that customer's loyalty over time.”

Raisin, and subsequently Raisin UK, uses innovative technology to help customers save time and money through its online savings marketplace. The UK subsidiary of the business was founded in 2017 as part of Germany-based Raisin GmbH, one of Europe’s most successful technology-led financial services businesses active in more than 30 countries and serving more than 240,000 customers with the ability to view, purchase and manage multiple savings accounts.

Mountford is co-founder of the business, and has been at the helm of Raisin UK since the German parent acquired Plan B Funding, a startup consultancy and marketing business he established that specialised in assisting banks to raise retail deposits across Europe. He explains: “That company grew well but, around late 2016, we recognised the need to change the business model and also at the same time, to seek funding opportunities.

“Coincidentally, around then I’d had several meetings with the Group CEO and some of the team at Raisin. I was aware that they were keen to build a presence in the UK and I could already sense that they and their business model were gaining real momentum in the wider marketplace,” he continues. “But, it’s also a business that’s based very much around people and, within that, there was the clear B2C aspect with the aim of being a real consumer champion in the cash savings space.”

Mountford elaborates on the Raisin model: “It’s a very solution-minded approach,” he explains. “Today, Raisin has more than 90 partner banks on board - in the UK we work with Starling Bank, for example, and another company called Meteor Asset Management; we have 14 banks in total and more than 40 products. As for how our technology works differently for savers, if you look at the pre-Raisin world you see an environment where customers mainly interact directly with their core banks, albeit with some exceptions for things like credit cards or loans. We wanted to provide something very different to this in the UK, and indeed more broadly across Europe. The model is very simple; we allow customers to make a single application, run a single regulatory check and deposit their money, which they can then deploy across a number of banks and products.

“There’s an obvious time-saving aspect to it, but there’s also a hygiene or financial health aspect too - there’s total transparency and visibility over any savings portfolio and the freedom to manage that portfolio as they saver wishes,” Mountford continues. “The really beneficial thing to our technology in particular is that we can see the different behaviour within the marketplace and analyse what our savers are doing.”

That analysis, Mountford explains, is due the company’s use of data that informs Raisin’s proposition. Other technologies that the company employs include automation and automated account sign up solutions, and an advanced API that can enable the exchange of customer data across the company’s dashboard. “The key to the customer aspect of it,” says Mountford, “is the online banking systems that we have developed. So, once the customer has registered they are active in a very secure environment that lets them transact, interact with products and service - it’s a true ecosystem model.

“Regardless of the banks or other parties that we work with, the customer always sits at the top of the tree. When you consider the service that we offer, that just has to be the case, you cannot have any failure or problems when it’s based around helping people with their money. We understand the different stages that customers go through and there’s an optimal performance aspect to everything that we consider. If the components are working to that level, then it’s a no brainer for the customer. That’s why the marketplace model is growing.”

Despite that rise, Mountford isn’t intimidated by an increasingly competitive market. On the contrary, he explains, it’s healthy for Raisin and other businesses due to its raising awareness to the marketplace solution for consumers. “In most cases the market requires some sort of collaboration,” he explains. “The partners that we have are critical because for us to achieve our end game and help savers there has to be a really long-term strategy in terms of those relationships.

“Increasingly now, some of the larger players are recognising that they need to diversify and the likes of Raisin give them a ready-made solution for doing that,” he continues. “There's no cost of onboarding, other than time and assets, there's no license fees, so it’s zero risk in that respect.”

The benefits to the marketplace model, then, are clear for both banks and consumers. For Mountford, the plan for Raisin UK is to build on that foundation and continue with its already healthy pipeline of banks. “It’s recognition of the presence we’ve created in the market. We’re looking to double the number of banks that we have and continue to attain some of those larger players. We’re also considering new areas, such as ethical propositions, which are becoming popular with consumers. It’s a really interesting time in terms of how technology is helping people to interact with financial services, I think it will continue this awakening of the industry to the fact that the consumer has more power - that fact is greater than it’s ever been.”

Read the Raisin story in the brochure