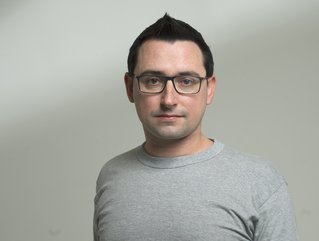 Angel investor Patrick Kavanagh’s foray into fintech involves investments in Robinhood and the launch of Atlantic Money. We find out more.

Patrick Kavanagh was one of the first angel investors in Robinhood and is the Co-founder of the UK-based fintech Atlantic Money. He is an expert on the challenging fundraising environment for fintechs.

Kavanagh believes that companies should return to the drawing board, weeding out unprofitable customers and employees who aren’t focused on high-value customers, to create a base of loyal customers and a small and efficient team of employees.

What's your background? Can you tell us a bit about Robinhood and Atlantic Money?

I was born in Seattle and went on to spend time in Germany before returning to the United States for high school and college. I studied finance at the University of Washington before working with some of the world’s leading quantitative hedge funds.

Whilst launching quantitative trading firms, I met the would-be founders of Robinhood and became one of their first angel investors in 2013.

I joined full-time as Robinhood's second business team member, where my role included special projects, partnerships, recruitment, and building and executing the business’s cryptocurrency strategy. In my last two years, I led International, where I studied every major fintech market and vertical across Europe.

Leaving Robinhood pre-IPO in late-2020, I co-founded Atlantic Money together with my Robinhood colleague, Neeraj Baid, to target the largest segments within financial services that remain vulnerable to disruptive business models, leveraging my research and experience over the last decade.

Atlantic Money is the only international money transfer provider to offer a flat fixed fee of £3 for transfers all the way up to £1,000,000 at the interbank mid-market exchange rate (0% FX commission).

Whilst large financial institutions move unlimited money around the world at effectively zero cost, securing the live exchange rate by working directly with one another, retail customers are still being charged progressive fees & unjustifiable exchange rates by the most ‘cost-effective’ providers – getting a worse deal when they send more money.

And yet, the cost of sending money internationally is largely fixed per transaction – even when sending large amounts.

Atlantic Money brings pricing previously reserved for the banks to its customers, driving the cost of larger transfers – sums over £1000 – up to 99% lower than all other money transfer companies.

You have an interesting take on super-apps - can you tell us about that?

But in a battle to attract VC dollars and stratospheric valuations, many lose focus, rapidly expanding into new product areas and hiring hundreds of staff, quickly. Their strategy has largely been undifferentiated as they all want to build the next ‘super app’ with all sorts of services for their customers, neglecting their most frequent and loyal customers who want one service delivered in the best and most cost-effective way.

In effect, the most loyal customers end up subsidising efforts to add services that don’t actually benefit them.

If tech companies really want to alleviate their current staffing pressures, they should take a fresh look at all of their business lines and services, and ruthlessly cut those that don’t bring value to their customers. Otherwise, their most loyal and valuable customers will turn to second-generation disruptors, which have lean teams and a laser focus on offering fewer, better services.

Fintech funding is drying up - what, in your opinion, are the main causes?

VCs are becoming increasingly skeptical about the appetite for risk associated with unprofitable growth, and about customer acquisition costs and monetization. More proof that core economics make sense is what they want to see. The era of subsidising unsustainable growth seems in the rearview mirror for now.

How can fintechs appeal to investors in this challenging market? Are there any avenues they should be following?

Investors will likely continue to invest in companies that possess three traits for the rest of the year. They are:

A clear path to profitability

The past few years have been highly optimistic about growth prospects, due to the dramatic change in usage and adoption during Covid-19. Many companies saw three to four years of growth in one or two quarters, and people got caught up in the hype. Growth multiples expanded, and now they are contracting. People cared a lot about top-line revenue growth during those times, but weren’t paying close attention to margins. Now everyone is cleaning up their operations, and focused on being leaner, to try to squeeze more out of the profits gifted to them by the pandemic.

Investors love business models that are easy to understand and tell a story around. The appetite for risk around unprofitable growth has decreased dramatically. Companies that also focus on customer segmentation, and who build targeted products to match, will likely be rewarded for their efforts.

The retreat to a more conservative investment outlook means that investors will likely look at established market sizes as benchmarks, rather than betting on how big future TAMs could get. This is why you see a lot of focus on areas such as Aerospace, Logistics, and other more traditional businesses that are enormous, but potentially slower moving.

Is the funding drought a temporary problem? Do you see it clearing up any time soon? Or will it be down to fintechs making more appealing and agile offerings to turn around the market?

It is likely the case that public market valuations and the poor performance of recent IPOs are dampening the optimism that drove valuations during Covid-19. These markets will likely need to recover somewhat for VCs to continue to invest aggressively. At the same time, most investors have seven-10 year investment horizons and are comfortable with this uncertainty; they may just adjust the prices they are willing to pay downward for now.

Is there a light at the end of the tunnel in terms of the current, global economic climate? And if so, what is it?

There appears to be a significant diversion in GDP growth, inflation, and overall political stability on a country-by-country basis at the moment. These factors will likely lead to a much more polarising set of economic outcomes, than in the previous globalized economy. It seems quite likely that as we see more decoupling between major economies, the notion of a global economic climate will be less relevant. The countries that secure a stable energy supply, avoid political gridlock, and control fiscal spending is likely to come out ahead.