CRED inches closer to unicorn status in new funding round 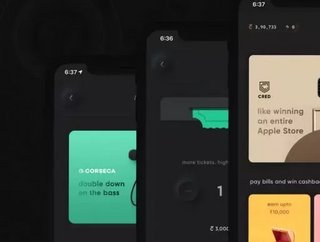 Indian startup Cred has secured one of the first major fintech funding rounds of 2021, drawing $81m in fresh capital.

The Series C was led by DST Global, and saw the return of existing investors including Sequoia Capital India, Ribbit Capital, Tiger Global and General Catalyst.

It brings the total funds raised to $228m across four rounds, including $1m in seeding from founder Kunal Shah, and inches the burgeoning startup towards unicorn status with a post-money valuation above $800m.

The Bangalore-based startup has grown rapidly in the two years since it was founded, doubling its customer base to nearly six million in the past year and asserts a 20% market share of Indian credit card repayments. Cred’s repayment app allows customers to pay off their credit card debt while earning tokens called CRED coins, which they can cash in towards a variety of rewards from brands such as Samsung, Puma and Indian lifestyle retail marketplace ajio.com, as well as gaining ‘special access’ to live experiences and products.

Alongside investment in new product development and growth, a fraction of the funding has been earmarked for an employee stock buy back. Staff with vested stock options through Employee Stock Ownership Plans will be able to liquidate around $1.2m - roughly about ₹9 crore - of their combined interest in the business.

"It's important to acknowledge the role that employees have played in our success,” said founder Shah. “We are committed to enabling wealth-creation opportunities for them and have allocated 10% of our cap table allocated for ESOPs even at the Series C stage.”

India’s startup scene has proved lively for global investors in recent years; six startups based in the country exceeded $1bn in valuation in 2020 alone, including fintech Razorpay.