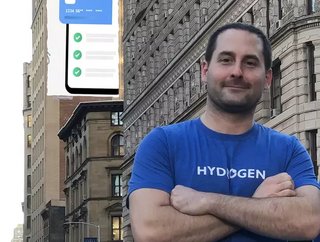 Hydrogen is the brainchild of twin brothers Matt and Mike Kane. The New York natives' API-driven solution is one of the latest sibling-founded fintechs

From the Irish brothers, John and Patrick Collison, behind Stripe (now worth a tidy US$95bn) to the UK’s insurtech Marshmallow, which was launched by Alexander and Oliver Kent Braham, sibling-led fintech enterprises are making their mark.

Joining the fray are Mike and Matt Kane, twin brothers who grew up in NE Philly and went on to create their first start-up together, called Hedgeable, which then morphed into Hydrogen.

We caught up with the Kane brothers to find out how Hydrogen was conceived, and what the sibling relationship brings to the boardroom.

Tell us about Hydrogen and how the concept was developed?

Hydrogen plans to be the Squarespace of Fintech. We believe there is a multi-billion-dollar revenue opportunity to make launching fintech products as easy as creating a website. We have spent years building the first truly no-code fintech platform.

We developed the concept after struggling to launch our own debit card product at our last tech startup. We couldn’t meet the ridiculous minimums and didn’t want to spend six months developing a new product line. We thought, why can’t this process be available to companies that want to issue 1 card and get to market in a few days?

There are a few twin/sibling co-founders of super-successful fintechs. What is it about this combination that seems to work well?

Twin co-founders work well because you get two for the price of one! We tend to run the companies more like family-run businesses, similar to what you will find in an SME.

We are passionate, mission-driven, and intent on building long-lasting dynasties that will employ our children and grandchildren.

I think this mindset is successful because everyone on the management team is bought in and you are never looking over your shoulder worried about someone’s motivation or drive.

Do you argue a lot about the business’s strategy? Be honest now

‘Argue’ isn’t the right term with siblings. ‘Spirited conversations’ is more like it. Tactics are discussed more than strategy, as we have always had a clearly defined business strategy and goals.

It’s easier to develop a strategy in a B2B startup than in a B2C, because of the heavy investment needed in infrastructure, security, and legal.

We find shifting strategy to be more prevalent in consumer startups, because it’s much easier to pivot, given the lower costs.

Who brings what to the table in your partnership dynamic?

We agreed early on to have clearly defined roles and responsibilities. Nobody wants to work in a company where they don’t know who they report to and they get mixed signals.

Matt is in charge of product, and Mike is in charge of the business. Mike knows not to get involved in the product and doesn’t even attend any of the meetings. The worst thing for a startup is when there are two heads of product.

If you hadn’t entered the world of fintech, what would you be doing now?

Matt: Mike would be the host of a TV game show or celebrity chef.

Mike: Matt would be a stand-up comedian or running a BBQ joint.

Would you still be working together?

Mike: Yes. I would be Matt’s head chef in the restaurant business!

Matt: This would be a role reversal, with Mike being the Head of Product and me as the CEO!

We really like some of the innovative business models that have sprung up in recent years. For example, the brokerage industry has been forever transformed by the freemium business model introduced by startups.

Fintechs in all verticals have started to put tremendous pressure on entrenched financial services firms. This has led to much lower prices for consumers, which should be the goal of introducing any new startup competition.

The Dubai-based fintech Zeta recently achieved unicorn status and is the brainchild of the Turakhia brothers, who jointly founded and own the fintech’s parent company, Directi Group. Divyank, the younger of the two brothers, is based in the US, where he runs an online advertising business, Media.net. Bhavin runs Ringo, Flock, Zeta, Radix and Codechef in India.

Formerly branded as Paylater, the Nigeria-based Carbon was launched by brothers, Ngozi and Chijioke Dozie, who grew up in Nigeria and attended boarding school in the UK. Chijioke studied Economics at the University of Reading, whilst Ngozie studied Physics at Imperial College London. Today, Carbon lends to thousands of consumers and SMEs, with loans ranging between US$3 and $2600 for consumers, and up to $50k for SMEs.

Siblings Yoël and Michael Zaoui are the high-profile bankers set to launch a blank-cheque company, alongside plans to list a US355mn Special-purpose acquisition company (SPAC) in Holland. The brothers, who previously held senior roles at Goldman Sachs and Morgan Stanley, will lead Odyssey Acquisition which is set to list on Amsterdam's Euronext exchange and will specialise in healthcare and technology companies.