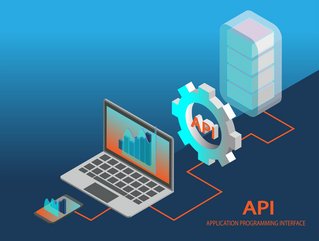 Application Programming Interfaces (APIs) have transformed the digital ecosystem as we know it. From retail and ecommerce to banking and finserve

APIs are essential to today's ecosystem connecting companies and building a seamless transactional space. Without the invention of application programming interfaces (APIs), the global business and financial space would look very different today. We track their conception in the 1960s to today's open banking innovations.

The term API is invented

The name ‘Application Program Interface’ was first used in a research study entitled ‘Data structures and techniques for remote computer graphics. The paper, publicly presented at the AFIPS conference in 1968, described the theoretical ‘interaction of an application with a computer system.

The API concept is expanded

Although still at the concept level, computer scientists were steadily developing an interest in the potential of APIs. Technologist Carl Malamud defined that potential as "a set of services available to a programmer for performing certain tasks". But, as computer networks began to grow, the demand for connectivity between them increased. This led to programmers exploring Java, the potential of the internet, and how this could be harnessed to create new services.

According to reports, just nine weeks after experts had panicked about global meltdowns caused by the Millennium Bug, the world’s first web API was introduced by Salesforce.com. The main role of this API was for customers to share data across their different business applications.

eBay joins the cause

By 2010, 111 financial services companies had adopted APIs for various purposes. But, as regulations improved, demand increased significantly. According to Accenture, 1,675 banks and fintechs had begun using API technology by 2017. The use enabled better B2B functionality as well as the launch of more products and services.

The future of APIs in finance

APIs have given rise to the open banking and embedded finance wave that has literally gone global since the COVID-19 pandemic. Digital transformation was fast-tracked, forcing legacy institutions to adopt new, faster transactional technologies provided by digital partners. According to recent reports, there are now 1,578 open banking platforms making APIs available, with 5,564 API products available to third parties. This represents an 8% annual growth on 2021 figures.