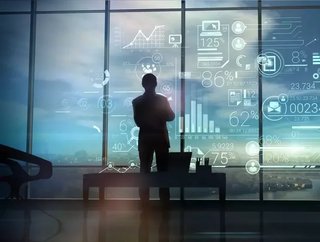 Rick Van Arnam, Principle Consultant at The Table Group, describes how he has helped Quontic Bank to unify its culture and focus its corporate vision...

Rick Van Arnam, Principle Consultant at The Table Group, describes how he has helped Quontic Bank to unify its culture and focus its corporate vision.

“People today want to make a difference. They want to know that the company they're working for has a unique purpose to which they can contribute,” states Rick Van Arnam, Principle Consultant with The Table Group. In 1997, this is exactly what the company set out to do: help executives and teams cohere, define their corporate vision, establish a unified identity, and encourage innovation through outstanding culture. Van Arnam, an independent contractor working exclusively for The Table Group, enjoyed a 30-year career in the US Army before retiring as a Colonel. With a diverse set of skills under his belt, he found that The Table Group presented him with an interesting new challenge: “In addition to the consulting arm, the company is actually more of an idea factory around all things related to organisational health. It’s improving the world of work.”

Helping leaders across several industries, The Table Group’s consultants engage with them to master four core disciplines: build a cohesive leadership team, create organisational clarity, over-communicate that clarity and reinforce clarity through simpler and less bureaucratic systems and processes. Markedly a culture-focused approach instead of technological, Van Arnam says that there is a good reason for this: “During the 2008 recession, we discovered that companies were investing a lot of time and effort in the ‘smart side’ of the business. However, everybody actually has access to a lot of the same technology. Therefore, if you're going to win, you're going to have to do more; you need to transform the organisation itself and operate differently.” In his view, it is people that make the difference and The Table Group promotes an approach which minimises politics and confusion while increasing accountability and honing in on what a company holds to be truly important.

One company which has truly taken this advice to heart is Quontic Bank. Having known Patrick Sells, CIO, for a decade, Van Arnam states that the company is uniquely positioned as an organisation attempting a method of operating which breaks away from industry preconceptions. “We helped Quontic Bank answer six simple but critically important questions: ‘Why do we exist?’ ‘How are we going to behave?’ ‘What do we do?’ ‘How are we going to succeed?’ ‘What's most important right now?’ and finally ‘What are our roles and responsibilities?’” It was by honestly and rigorously finding answers to these that Quontic Bank was able to meet the correct cadences in its actions, resulting in purposeful meetings, discussion of the right topics and ultimately arriving at the right decisions.

Van Arnam believes that Quontic Bank’s wholehearted receptiveness to The Table Group’s ideas has distinguished it as one of its closest collaborations. As the COVID-19 pandemic continues to uproot global economies and reshape market conditions, he feels confident that the two companies will continue to enjoy a fruitful and enduring collaboration. “Quontic’s emphasis on culture is going to be really important,” he concludes. “I think it’s going to help them attract talent on the heels of what has been a war on talent. Continually revisiting the six critical questions, maintaining core values and onboarding people the correct way will help position it to meet the upcoming challenges.”