COVID, cashless, and convenience: The rise of biometrics 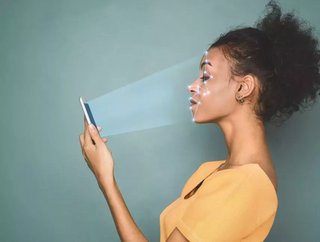 Founders and thought leaders from Fluent.ai and PayByFace explain why our bodies are becoming the future of payment security...

Biometrics today might be regarded as a relatively modern innovation; the ability to use one’s body as a verification tool instead of a password seems straight from the imagination of sci-fi, but the story has an origin story over 100 years old. In 1892, British polymath Sir Francis Galton created the first fingerprint classification system, which was subsequently adopted and adapted by various institutions over the proceeding decades.

The need, as the US Department of Homeland Security puts it, was simple, “the rapid urbanisation of the industrial revolution increased the need for formal methods of identifying people.” By the 1960s, facial recognition had already become semi-automated and the FBI had begun similar research for fingerprinting.

Today there exist four primary sources for biometrics: fingerprints, voice, face, and corneas. Outside of law enforcement, however, these methods of recognition are having a profound effect on contemporary financial services owing to three socio-economic factors:

Interviewing two industry experts - Vikrant Singh Tomar, Founder and CTO of Fluent.ai, and Emanuele Conti-Vecchi, Co-Founder, CBO and CFO of PayByFace - we explore the rise of biometric payments and what it could mean both for consumers and society at large.

Fluent.ai is a speech and language understanding company, focused on bringing natural voice interfaces to embedded devices (AI on the edge).

Tomar describes Fluent’s mission as, “breaking down barriers to the adoption of voice user interfaces, thereby allowing everyone to talk to their devices in their native language.”

Founded by serial entrepreneur Mihai Draghici in 2018, the company utilises cutting-edge facial-recognition technology to bring next-gen ease to transactions. Users can set up the service by registering a payment card, selfies and a unique PIN code. Shoppers are then able to dispense with taking their devices or wallets and literally pay with their visage in-store.

COVID-19 and the age of convenience

There seems to be little doubt that the COVID-19 pandemic has led to a surge of interest in biometric payments; a study conducted in November 2020 found that 59% of consumers would be willing to pay additional monthly fees if their bank offered biometric payment options. The advantages of paying without making physical contact, either through cards or cash, has definite appeal in terms of hygiene.

Although he has reservations about how much voice-recognition tech in particular has been affected, Tomar is certain that demand for biometrics is only increasing. “This is for three main reasons: an increased demand for more accurate or multimodal identification methods, a general improvement in the capabilities and accuracy of artificial intelligence (AI) technologies, and ease of use. For voice biometrics, the user-adoption/experience friction is nearly zero,” he states.

Indeed, compared to remembering a password or entering a PIN number, biometrics represent a practically seamless alternative that is also potentially more inclusive, too. “Once someone is set up with FaceByFace, transactions are authorised POS and they don’t need a device,” affirms Conti-Vecchi. This is an important detail for emerging markets, particularly in the MEA and APAC markets, where the democratisation of payment capabilities remains an ongoing project for FSIs collectively. “We’re already generating a lot of interest with companies in the Middle East, and large-scale investments like those recently pledged by Alipay ($420m over a three-year period) prove that there’s a growing market for facial recognition.” In fact, Juniper Research predicts that biometrics will be used to authenticate $2trn of global sales by 2023 - 17 times larger than 2018’s figure of $124bn.

Security in a cashless society

In addition to convenience and inclusivity, biometrics also have the benefit of being a much more secure form of ID. After all, it’s far harder to steal someone’s credentials when they themselves are the security incarnate.

However, this isn’t to say that there aren’t risks. In 2015, the US Government was hacked and the fingerprints of 5.6 million federal employees were stolen. While ordinary forms of authentication can simply be changed if similarly compromised, consumers cannot viably alter their voice or face. Despite this, the pressure should be on developing cybersecurity that can adequately address these issues rather than dismissing biometrics out of hand. The reason? The increasing feasibility of cashless societies.

“Physical money - notes, coins and checks - has outlived its usability,” says Tomar. Building on the inclusivity of new payment structures in MEA and APAC mentioned by Conti-Vecchi, he notes that developing countries are leading the shift away from cash. “Perhaps the best example is M-Pesa, which has become the most used payment system in many countries in Africa. Some of the largest (by population) countries in the world, like India and China, have already made huge advances in digital payment systems.” In fact, the Indian Government’s Unified Payments Interface (UPI) has enabled app developers to facilitate both QR-code and seamless cross-border transactions. The success of these programmes in Asia, Tomar suggests, will ultimately indicate how ‘cashless’ the immediate future might be. “Many places don’t even expect cash anymore. In China, you can even get a fine for jaywalking on WeChat.”

By comparison, Conti-Vecchi is more conservative in his views on cash’s impending obsolescence, “It’ll never disappear as long as one person still needs to use it; cash will always be relevant.” Indeed, the continuity of cash, at least in the short-term, seems sensible as common technical issues can still render biometrics difficult to use, i.e. wearing a face mask during the pandemic, or moisturiser on one’s fingertips. However, Conti-Vecchi cannot deny that a general shift towards digital payments is already well underway and biometric technology is playing a big part. Another report by Juniper Research estimated that 600 million mobile devices would be equipped with biometric authentication by 2021, while Mercator forecasts that 66% of smartphone owners will use biometrics by 2024 (a 15% increase from 2020).

Therefore, while it may be premature to assume that all other forms of security and transaction will be immediately replaced by biometrics, it does seem apparent that modern commerce would be remiss to not include them. This is perfectly expressed by the EU’s Payment Services Directive 2 (PSD2), which states that ideal financial security should feature at least two of three authenticators:

As the journey of biometrics’ development continues, it seems logical to conclude that the seamless customer experience they provide makes them ideally suited to 21st century commercial experiences. “Technology is improving day-by-day,” concludes Tomar. “Current innovations in edge-AI hint at an ecosystem shift where biometrics could run entirely offline on small, low-power devices instead of cloud servers. This would very likely lead to new applications and use-cases of financial transactions built on biometrics running directly on users’ personal devices.”

Read the May 2021 edition of FinTech Magazine here