Neobanks – should traditional banks be worried? 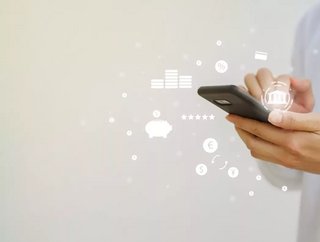 Suddenly, it seems like everyone is talking about neobanks – downloading apps, making investments online, and taking advantage of these digital platforms

Instead of using traditional brick and mortar banks for financial transactions and investments, consumers seem to increasingly be using neobanks.

So what exactly is a neobank? I would define it as any service that holds your money. Many neobanks exist in the space between traditional banks and check cashing or payday loans, even if that isn’t really how their marketing portrays them. They started to become popular over a decade ago, though they weren’t called neobanks back then. It began when retailers and non-financial-institutions started getting into financial services. An example that stands out is Wal-Mart partnering with Green Dot and offering some light banking services to their customers and employees. Likewise, some neobanks today partner with traditional banking institutions behind the scenes.

More attractive to a younger generation

Neobanks are popular among younger consumers because the old model of traditional banking doesn’t make sense for the post-millennial generation. For example, they don’t often, or at least not yet, feel the need to have multiple accounts in the way people in their 30s or older may have a checking account, savings account, and money market account or even possibly, a stock trading account. This may change over time as the generation most often targeted by neobank marketing start building their savings and long-term financial plans.

In terms of marketing, these neobanks often focus on a younger demographic. They seem friendlier and more “human” than, say, a Wells Fargo or Bank of America, which tend to skew more aspirational in their messaging. To attract customers, some neobanks may also try to add a veneer of social messaging, whether it’s environmental or social justice.

Why “risky” may not be a problem

Neobanks are often considered a “riskier” approach to investing than traditional banking.  For example, one risk associated with neobanks is that assets may not be insured through a program like the FDIC. This, however, wasn’t a major issue during the 2008 financial crisis, so it may be that today’s newest bank customers aren’t worried about it. This is certainly not the case with stock and crypto trading apps, though, which are riskier and tied to the market rather than the financial solvency of the bank itself.

Some neobanks, like Robinhood, combine regulated and unregulated financial services in one place. Consumers should always read the fine print and figure out which investments best fit their risk profile -- crypto being at the least regulated and riskiest and cash in an FDIC-insured account being highly regulated and stable.

That said, these apps make it really easy for individual investors to dip their toes in the water of investing in intangible assets. It’s substantially easier now for a Robinhood user, for example, to buy a fraction of a stock, or try investing in cryptocurrencies. This is a huge democratisation of investment opportunities, and it’s also something that traditional banks can’t offer.

For younger adults who can’t or won’t be able to buy a home, they may find these potentially riskier investments more attractive as well and may have more capital to experiment with.

The idea that these neobanks serve the “underbanked” -- and therefore don’t overlap in their customer base with traditional banks -- may be overhyped. It’s true that it’s certainly more convenient than going to a bank branch to open an account and fill out a form (or filling one out online), but traditional banks generally don’t require much more information than, say, Cash App or Venmo. Neobanks still need to comply with US laws, including identity verification, anti-money laundering and know your customer rules.

They also often offer lower or fewer fees and sometimes higher interest rates on their checking and savings accounts because of their lower overhead costs, which can be appealing to a broader consumer segment. Luckily, this has forced some traditional banks to get competitive with their fees as well, so it’s been a win-win for consumers overall.

Customer service may be Achilles Heel

One perhaps surprising area where traditional banks still may edge out neobanks? Customer service. Granted, there are plenty of horror stories for both. But with a conventional bank, there’s often a physical branch a customer can visit if they have an issue. With neobanks, you may not even be able to call someone when you encounter a problem. Before customers sign up, they should see what their customer support options are -- and see what the app store customer reviews say.

In conclusion, it’s fair to say that neobanks are here to stay. They’re an excellent option for consumers, and they have revolutionised investing in particular. As these neobanks evolve and their customer base ages and starts to accumulate more wealth, traditional banks should get worried. The switching cost of moving banks isn’t tremendously high, but it’s also not just a few clicks. And if customers are used to, say, free stock trades, they probably won’t suddenly get comfortable paying for them without some robust and clearly articulated benefits.