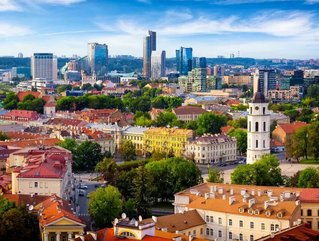 Following the UK’s exit from the EU, several prominent London fintechs have announced plans to relocate or create new headquarters on the continent...

Following the UK’s exit from the EU, several prominent London fintechs have announced plans to relocate or create new headquarters on the continent.

Revolut, Curve and, most recently, Yapily have all declared that properly serving their existing client base will depend on expanding operations and creating new offices outside of the UK. Interestingly all three have chosen the same location: Lithuania.

The country is currently recognised as one of the most fertile fintech proving grounds in the EU, experiencing a 24% increase in sector development between 2019 and 2020 and issuing 102 operating licenses to electronic money institutions (EMIs).

According to DSBC Financial Group, Lithuania began its rise to prominence in 2016 when investment reached a peak total of US$20bn. This figure is projected to have reached $120bn by the end of 2020.

The reason for its popularity is far from accidental: over the last 30 years, Lithuania’s government has proactively striven to make it attractive to the financial sector, offering businesses any easy method for transition and helping them become established.

That broad inclusivity and ease of business, as opposed to Brexit’s exclusionary ramifications, appears to be the primary motivator for London’s notable players to look elsewhere for a foothold in the larger EU market.

In an online Q&A, Curve answered the questions ‘why Lithuania?’ with the following: “The Lithuanian regulator and the Lithuanian government are on an ambitious mission to be the fintech capital of Europe post-Brexit. We love that kind of ambition, a perfect complement to our mission to be the number one go-to fintech in the world.”

Lithuania’s gain or the UK’s loss?

It is still too early to say to what magnitude Brexit will affect the UK’s supremacy as the continent’s fintech leader. With domestic fintechs now no longer able to serve the larger European market without securing a European EMI licence, the Brexit saga could ultimately result in a power shift favouring Lithuania.

“Outside of the UK, Lithuania has the second largest fintech hub in Europe,” said Stefano Vaccino, Founder and CEO of Yapily. “The local regulator plays a positive role in the fintech ecosystem, allowing Yapily to become a part of it.”

“As more and more banks comply with the PSD2, Lithuania’s fintech community could be at the forefront of developing financial products leveraging this new access to data. Yapily’s choice to set up an office in Vilnius shows that Lithuania is an excellent base for cutting-edge fintechs.”