Libra, Bitcoin and CryptoKittie: cryptocurrencies in 2020 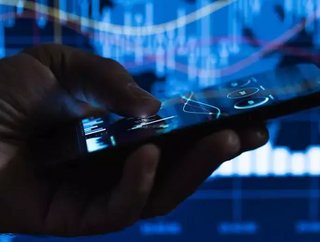 FinTech magazine explores the future market for cryptocurrencies, including Libra, Bitcoin and CryptoKittie.

This year, the fate of cryptocurrencies hangs in the balance. Thankfully, there are several indicators that this may also be the year that the industry finds its footing.

All new technologies start out in life as immature, limited versions of themselves that nevertheless brim with possibilities. Inventions and new applications tied to a new technology are often less focused, less predictable, and more likely to disappear into the mists of history - like using those newfangled round stones with a hole in the middle as hats instead of putting them on the bottoms of wheelbarrows (one assumes) and, more recently, Betamax.

As technologies develop successful use cases and markets begin to develop, they reach maturity. Then, anywhere from a decade to a few centuries later, they’re about as prone to radical evolution as a sea sponge, or the pushbike.

Plenty of technologies don’t make it to maturity. As investors get impatient and customers are distracted by the next big thing, the race to demonstrate a technology becomes increasingly frantic.

Digital ledger technology - known as blockchain - first appeared as a verification list or record used to track cryptocurrency transactions. Invented in 2008 by a person (or group of people) going under the alias of Satoshi Nakamoto, blockchain technology was initially tied completely to the cryptocurrency Bitcoin and has become closely linked with other blockchain-powered forms of digital currency as well. This symbiotic relationship is somewhat unusual.

According to Lorenzo Pellegrino at CoinTelegraph, it’s rare to find a sector where “the value of the underlying technology is often perceived in line with market capitalisation.” That’s like if the scooter manufacturer Vespa went under and everyone started selling off their stock in Carnival Cruises because both use combustion engines. Crazy, right? 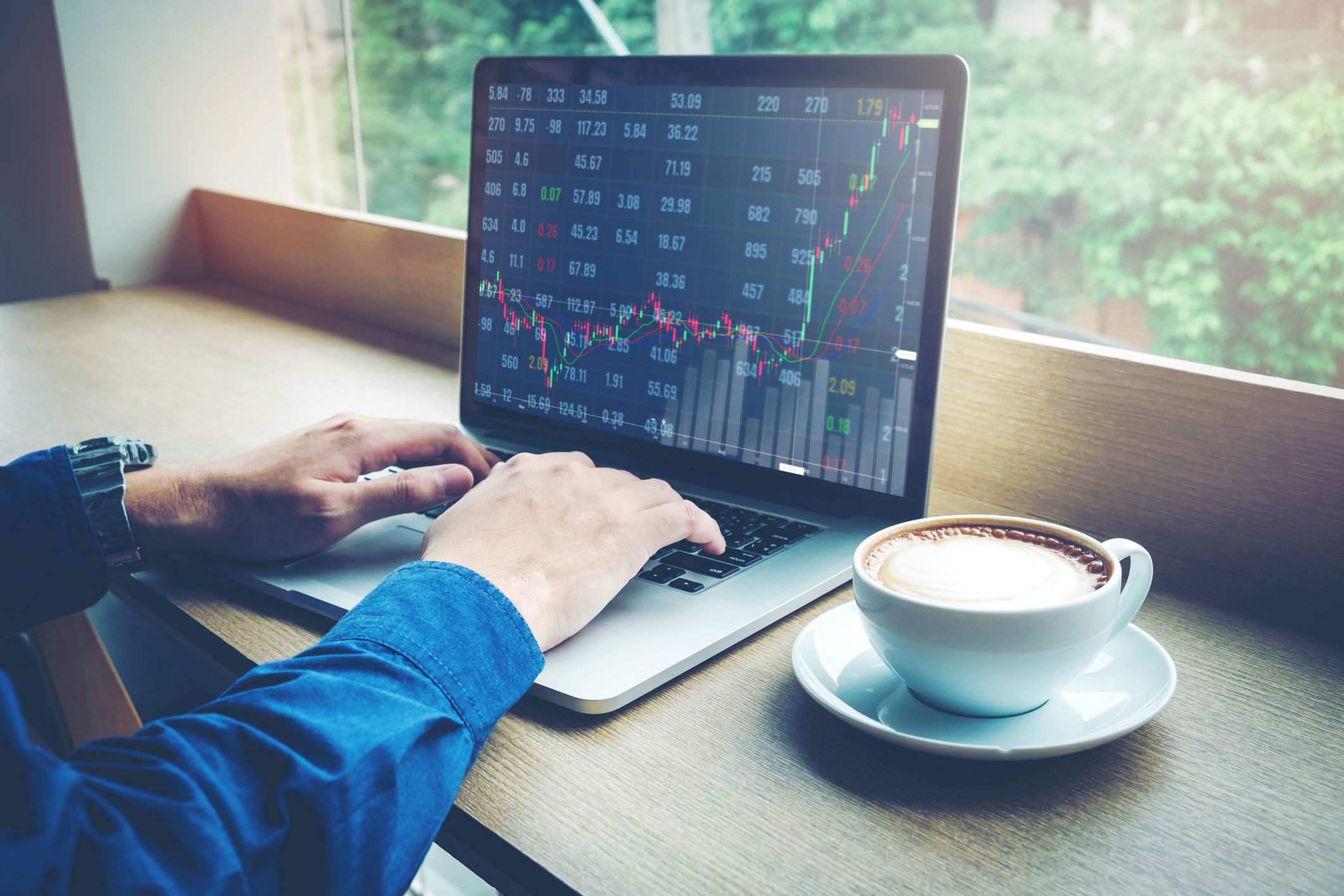 Perhaps not. Cryptocurrencies are the flagship (read: most mature) application for blockchain technologies. While there are more and more promising applications for digital ledger technology popping up all the time, from supply chain track and trace to buying, breeding and trading little cartoon cats for as much as $113,000 - but more on that in a minute - the success of cryptocurrencies is responsible for a large part of the confidence and investment in blockchain.

Back at the outset of 2018, leading economist Nouriel Roubini wrote that “blockchain, which has existed for almost a decade, and still has only one application: cryptocurrencies. Blockchain’s boosters would argue that its early days resemble the early days of the internet, before it had commercial applications.

But that comparison is simply false. Whereas the internet quickly gave rise to email, the World Wide Web, and millions of viable commercial ventures used by billions of people, cryptocurrencies such as bitcoin do not even fulfil their own stated purpose.” Two years on, has the good ship Crypto been righted?

Well, 2019 was a mixed year for cryptocurrencies and the blockchain technology that underpins them. As the industry emerged from the ‘crypto winter’ in the wake of 2017’s Bitcoin high point of almost $20,000, and the 2018 market meltdown, some authorities argued that, this year, cryptocurrencies failed to deliver on expectations. Vinny Lingham, co-founder and CEO of Civic Inc said last month that “when the crypto community looks back at 2019, it will be remembered as the lost year.

This is not unexpected because 2017 was such a milestone year. I like to say that the bigger the party, the bigger the hangover. We’re still dealing with the hangover.” According to co-founder of cryptocurrency tracking and tax software company Accointing Alex Lindenmeyer, “2020 will be a put-up-or-shut-up moment for cryptocurrency. Either coins start to prove their merit, or they will start to disappear.”

It appears that 2020 is the year that the fate of cryptocurrencies hangs in the balance. Thankfully, there are several indicators that this may also be the year that the industry finds its footing. Cryptocurrencies are finding support and investment from big players in both the public and private sectors, as well as finding new use cases that allow it to tap into new markets.

Here are the three cryptocurrency trends that FinTech Magazine thinks will make or break the industry over the coming 12 months.

A lot of what’s going to happen to cryptocurrencies this year is speculation, but one event that’s almost a concrete certainty is slated to occur around May. The rate at which the Bitcoin blockchain awards crypto miners with pieces of currency is about to be cut in half. This happens every time 210,000 blocks have been mined from the blockchain - which equates to roughly every four years - until all the Bitcoins have been mined.

The process is an important part of stabilising the world’s first cryptocurrency, and making sure that Bitcoin is healthy is essential. In the same way that the fate of blockchain as a technology is manacled to cryptocurrencies, cryptocurrencies themselves are bound to their poster child.

Bitcoin halvings are important events for crypto traders as they reduce the number of new bitcoins being generated by the network as we draw closer to the day when there are no new coins to add into circulation. This limits the supply of new coins, so prices could rise if demand remains strong.

Keeping Bitcoin stable in this fashion could be a key step in preventing any more crashes and volatility - a necessary goal if cryptocurrencies want to attract the kind of positive attention that will allow them to ramp up adoption.

One thing that’s expected to direct massive amounts of attention towards cryptocurrencies this year is Facebook’s launch of its own digital currency. Libra has a mission “to enable a simple global currency and financial infrastructure that empowers billions of people,” according to the project’s white paper. The currency has backing not only from Facebook, but from more than a dozen companies across the financial, e-commerce, tech and telecommunications industries.

Libra is being billed as a ‘stablecoin’ which will have a value that is linked to several global currencies, including the US Dollar, the Euro and the Yen. Another way in which Libra plans to create stability is by running in a centralised fashion.

Whereas Bitcoin allows anyone with a computer to run it as a node on the blockchain, Libra will initially only run on servers of the companies that are backing the currency: Ebay, Uber, Paypal, Facebook. The white paper said that Facebook has plans to decentralise Libra over the next five years, but for now the extra speed that centralising the process generates is a necessary step.

Bringing a stable cryptocurrency to the 2-and-a-bit billion Facebook users - particularly those in underbanked nations - may be a massive adoption driver for the technology. Depending on how well Libra’s first year goes, it could mark cryptocurrency’s entry into the true mainstream.

Virtual goods - everything from powerful weapons to Hello Kitty robes for your wizard - are already a $50bn industry. However, a gamer that shells out money for an item doesn’t really own that item. If they delete the game, or have their account frozen, or any number of other issues, that asset is gone forever.

For the last few years, companies like Forte and Animoca have been working to use blockchain technology and cryptocurrencies to turn these pixelated designs and files into permanent assets.

Remember earlier when I mentioned the $100,000 cartoon cat? Well, we’re back to that. Launched in December 2017, the game CryptoKitties is, according to TechCrunch, “essentially like a digital version of Pokemon cards but based on the Ethereum blockchain.” The game allows users to use Ethereum, one of the leading cryptocurrencies, to purchase a digital cat with certain genetic traits.

By breeding that cat with other digital cats, you create new, even cuter (or usually weirder) looking cats and then sell them to other players in exchange for more Ethereum. Or you just collect the cats because you think they’re cute and humans will pay money to collect anything.

Anyway, CryptoKitties went viral a few years ago and, while it’s really just a proof of concept wrapped up in some super cute artwork, the point was well made: cryptocurrencies and blockchain encryption can play a major role in legitimising in game transactions. With the video gaming industry generating more than $150bn in 2019, and an estimated 2.5bn gamers around the world, if cryptocurrencies are going to find real world applications anywhere this year, it’s going to be here.