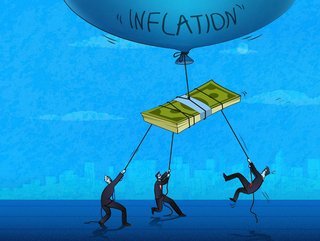 The economic climate is having a huge impact on the alternative finance space. We spoke to three leading industry experts to find out more

As the global recession deepens, it's not only customers that are feeling the pinch. The financial services and banking world has been hit hard too, experiencing a drop in investment, loss of capital, and taking steps to put on hold new projects that are needed to scale and modernise legacy systems.

What effect is the current economic climate having on the alternative finance space?

JB: This year has been particularly turbulent for traditional financial institutions. On one hand, we’ve seen large legacy institutions punished for a lack of compliance and due diligence; as was the case with Citi Group’s £12.5m fine for a lack of effective monitoring of trading activity and the 63.9m fine for HSBC, who had underperformed in its anti-money laundering due diligence. On the other hand, however, traditional financial institutions have come to the aid of countries with increasingly unstable economies - most notably the Bank of England’s intervention after the Sterling price plummeted following governmental tax cut announcements.

Either way, businesses and customers are struggling to maintain trust in traditional finance forms. For these institutions, it is important they rebuild this trust quickly or risk increased alt-fi market penetration. Had alternative finance forms like cryptocurrency remained more consistent in 2022 we may have already seen a sharp uptick in alt-fi adoptions. That being said, the crypto sector has rebounded well, opening new opportunities for growth, awareness, and increased trust from people whose faith in trad-fi institutions has waned.

These dynamics directly impact the consumer, who is stuck between a rock and a hard place over who to trust when placing their assets. The stakes are particularly high in 2022, with the cost of living crisis present in the UK, meaning wise investment and security are of the utmost importance.

In terms of capital, global public equity markets fell by 20.2% in the first half of 2022, taking most of the initial hit. This means some LPs are grappling with the denominator effect, leaving alternative allocations higher as a proportion of total portfolio value, and allowing less room for fresh capital commitments. With the near-term outlook for markets still uncertain, this adds a further incentive for allocators to slow the pace of deployment toward private assets.

Now we come to staffing. The uncertain economic climate is also accelerating more alternative finance firms to consider outsourcing.  This avoids the risk of having to lay off and then rehire depending on how hard a landing we have.  As one manager put it, “It’s the flexibility to have that cost be on a dial setting rather than a light switch.

RS: As banks and credit card companies are pulling back on their credit appetite given the expected downturn in the economy - this will be a huge opportunity for growth of the alternative finance space. Those who have developed data-driven, tech-enabled alternative finance products are in the prime position to help educate businesses and show a wider availability of alternative products vs. the bank loan, overdraft of credit card, such as Revenue Based Finance, Buy Now Pay Later for businesses (invoice finance…) as well as supplier finance settlement options for online businesses.

The coming months will be the time for embedded finance players and alternative finance providers to show their proprietary algorithms ARE better than banks’ underwriting and can support those in need of finance with responsible and easy-to-use funding. 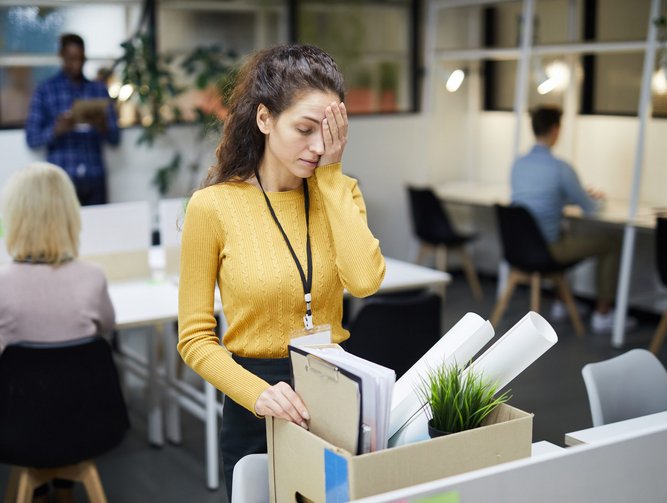 What new and major trends will be emerging as a result of the unstable economy?​​​​​​​

JB: Neobanks are best placed to gain from the current economic climate and individual failings of specific traditional institutions and some of the cryptocurrency providers. Slowly gaining customer awareness, trust and use in recent years, large and SME-sized neobanks have demonstrated their robust security, accessibility, and attention to detail when it comes to servicing customer demands.

While financial problems persist in Europe, merchants operating in and from fast-growth e-commerce landscapes can take advantage, using global payment gateways to facilitate the scale-up of their businesses. With an increase in e-commerce merchants enabling alternative finance payments, alt-fi sectors may gain more customers who wish to purchase online without using assets temporarily stored and secured in mainstream bank accounts.

RS: Embedded Finance as a default – Think about employees getting paid weekly instead of monthly for a small fee to help pay for bills, help restaurants pay over 4 months instead of at the counter at the wholesaler. No more long application processes for loans and secured mortgages, but fast repayment and low-cost enablement to help businesses survive and thrive through the downturn. Cash flow problems is still the #1 issue for small businesses, and expediting payments or enabling businesses to ‘draw’ on their future revenues to bridge a short-term cash flow gap can increase the survival rate of SMEs by up to 20%, as shown by research from Nottingham University in cooperation with Liberis.

Supply and purchase finance at the point of transaction will become a major trend over the next years as small businesses are in high need of those solutions.

JD: From an asset class perspective, Private debt will continue to be a major trend in investor allocations. Demand for private debt assets has exploded in recent years as evidenced by the fact that the only private asset class to grow fundraising every year since 2011 is Private Debt. The asset class’s heterogeneous nature, cash flow potential, and relatively low volatility has made it a serious challenger to some other alternative asset classes, such as real estate and infrastructure. Ultimately, private debt’s chief value proposal is offering investors a higher-yield alternative to public debt markets.

From an operations standpoint, firms in the alternative finance space will seek out areas that are not core competencies to try and leverage that expertise elsewhere. GPs are asking more about what administrators can do for them in terms of a desire to outsource more back- and middle-office operations. 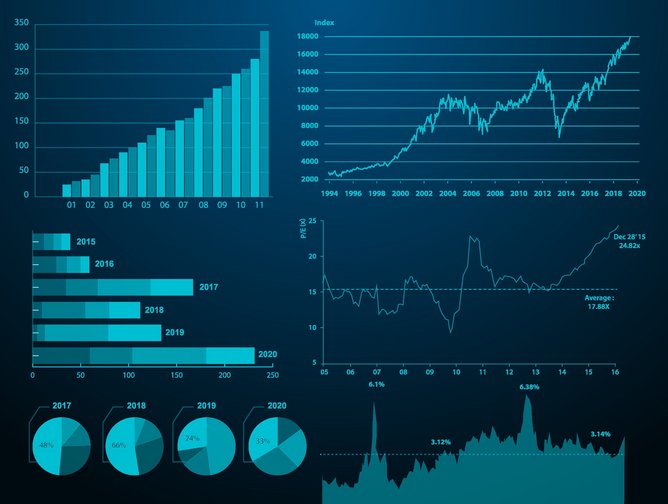 Which alternative finance sectors have been most affected by recent events?

JB: The crypto landscape has remained largely unchanged by external events; crypto’s flexibility means it is not as heavily impacted by country or region-based economic landscapes. Although cryptocurrencies can undulate in value, they are more robust to exterior changes.

Neobanks perhaps have the most to gain from recent events. Disseminating card accounts can benefit the customer as their assets can no longer be risked by a singular point of failure. Equally, neo-banks often provide new customers with cash-back or discount incentives which may draw more customers in as the cost of living continues to rise. Traditional financial institutions will be aware of challenger banks rising appeal and steps will have to be taken to regain trust in an uncertain economical situation.

RS: SME finance will be seriously restrained given the Government debt loaded onto businesses (CBILS and BBLS) as well as the state of the economy with high inflation, high energy cost, shortages of labour, and supply chain delays. See the funding circle announcement of cutting acceptance rates, and the recent demise of Bank North, an SME lender, as well as the UK retail banks seeing an average decrease of c. £1bn a month in total SME debt outstanding (which is hurting smaller businesses far more proportionally!)

JD: Private markets are going through a pricing adjustment period, to better align with public market valuations.  Alternative funds focused on Real Estate are facing the stiffest headwinds as investors are far more cautious with the continued rising interest rate environment. This has created opportunity though in other areas as Hedge Funds are taking advantage of investors taking risk off the table and seeking out managers that specialize in down markets and rising interest rates.  Private debt as mentioned earlier is the other beneficiary.  Alternative finance sectors have two market forces helping them though. First, the penetration of private market investment in many investor segments(ie retail) is still low. We are at the dawn of ‘democratization’ and should expect an acceleration in the adoption of private investments by individual investors.

Another factor comes from the increasing importance of sustainability and impact. The methodology to monitor impact is at the early stages, but private assets have an edge here, due to closer proximity to the assets financed. This should contribute to greater use of private assets as investors look to measure real-world investment impact. 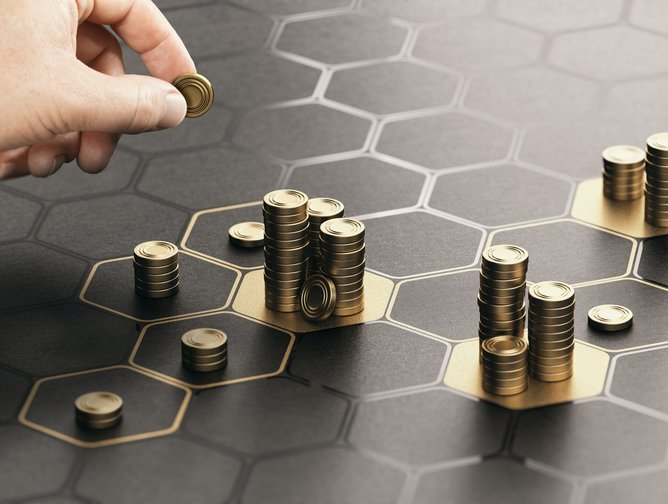