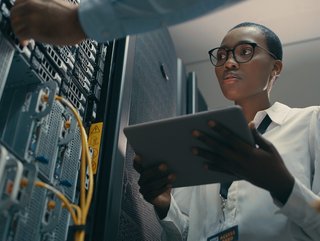 The cybersecurity industry began five decades ago and has become a critical component of online businesses, with fintech at the forefront

By the close of 2021, data revealed that cyber-attacks had cost the global financial industry an eyewatering US$3trn in losses. As sophisticated hackers continue to infiltrate the industry, cybersecurity has become a critical part of fintech as a means to protect data, assets, and institutions. We track the events that built today's cybersecurity industry.

The beginning of connectivity and viruses

The Advanced Research Projects Agency Network (ARPANET) became the first connectivity network developed prior to the internet itself.

Engineer Bob Thomas created a program that could move between the Tenex terminals on ARPANET, called Creeper. The code printed the message, “I’M THE CREEPER: CATCH ME IF YOU CAN.” across the network. Not at all prophetic…

The first hacker was a teenager

Kevin Mitnick was just 16 years old when he hacked The Ark – a massive system that was used for developing operating systems. It was located at the Digital Equipment Corporation – a major American company in the computer industry from the 1960s to the 1990s.

Mitnick was arrested and jailed over the incident, becoming the first of numerous cyber attackers to infiltrate commerce over the coming decades.

With the advent of cyber attacks present, the 80s signalled the start of numerous problems for computer networks. High-profile attacks taking place in this decade included AT&T, the Los Alamos National Laboratory, and National CSS.

In 1983, terms were coined to describe the attacks, including “computer virus” and “Trojan Horse”, the latter in reference to the Greek Trojan War.

According to some reports, Robert T. Morris – a student studying at Cornell University – wanted to determine the size of the internet as a whole.

To do it, he built the first worm, which was to move through the network and infect UNIX systems. But an error in the design of the program caused it to infect each machine, one after the other. This led to networks that were clogged with information, leading to massive system crashes.

By the 90s, the internet had become a global concern and the cybersecurity industry grew with it. The decade saw the creation of Polymorphic virus risks and the first antivirus program. The goal was to increase ways to protect against risks.

As one hacker group developed after another, companies faced a lot of challenges to improve security to minimise hacking. The 90s also saw malicious viruses launched on a mass scale, as ILOVEYOU and Melissa infected millions of computers by targeting Microsoft Outlook.

From the early noughties to today, there has been a steady increase in cybercrime and the threat it poses to economic stability. Ransomware and Malware are used by organised criminals to infiltrate and extort data and funds from even the best fortified entities.

The cybersecurity industry globally is now worth an estimated US$140bn. No business is beyond attack, as the SolarWinds breach of 2021 proves, along with thousands of other recent incidents. Cyber infiltration is now considered a form of warfare.