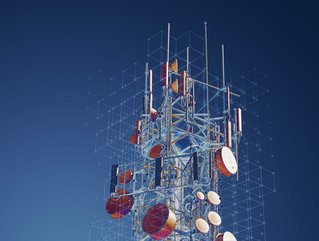 Increased connectivity led by 5G technology is revolutionising the financial services space through its super-fast low latency and real-time delivery applications. The global rollout is well underway - we track the technology’s history.

Japan was the first country in the world to launch 1G wireless technology - an innovation that was to lead to connectivity so advanced that it would literally change the world.

By the mid-80s, the Nippon Telegraph and telephone network had rolled out 1G country-wide. The world was taking notes, and the US had also launched its own 1G network using the Motorola DynaTAC mobile phone

Providing significantly better wireless connections, 2G offered data services for mobile - introducing SMS text messages and digitally encrypted conversations for the very first time. The birth of messaging begins, slowly at first as adoption for mobile devices was slow to go mainstream due to the expense. But within a decade, the technology is commonplace.

Copy: 3G introduced the concept of wireless connections. Japan was the first country to sign up, with services available from October 2001. 3G users were introduced to the joys of location-based services, mobile TV, video conferencing, and videos on demand.

A decade on, 4G brought forth faster download and upload speeds, provided the innovation for video streaming platforms within the home and on the go (in anticipation, Netflix launched its first mobile responsive app in 2011)​​​​​​​ Although the technology had been in the pipeline for some time, Google announced in 2016 that it was developing a 5G network called SkyBender. In December 2016, a 5G emulator was opened in Basingstoke, UK to enable local businesses to access 5G as an experimental pilot scheme.2019: South Korea connects.

South Korea, the birthplace of Samsung, experimented with the very first 5G towers and receivers, rolling them out across its major towns and cities. The experiment is swiftly hailed a success and more rollouts follow.

Today, 5G is available across Europe, APAC, the US, and beyond. In May 2022, An Ofcom report also estimated with “high to very high confidence” that 5G reached around half of all outdoor premises in the UK. The service promises to fundamentally transform data collection and delivery on a global scale.