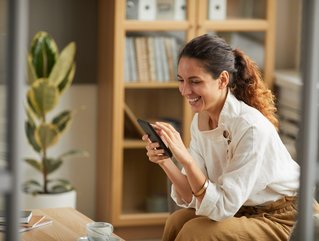 Fintech is changing - and not just in relation to legacy systems. While the global financial market has always been intrinsically male, the landscape is shifting as more women than ever before are embarking on careers in banking, investment, and payment-related industries.

The move is not before time, and the faster the industry accommodates this metamorphosis and the challenges the female customer brings to the marketplace, the better. This is because ultimately, women are winning the race when it comes to sheer spending power. They have always commanded the purse strings when it comes to the domestic space. But now, with more women in CEO roles than ever before, they are controlling corporate budgets too.

Cory McCruden, CEO of Wellbly Tech - a US-based fintech focused on closing the gender retirement income gap and doesn't mince her words on the subject. She believes much more needs to be done to equalise the balance between the genders in terms of wealth management so that it serves women more fairly.

She explains, “Women’s wealth is expected to reach US$93trn globally by 2023. I would cast these as opportunities, rather than challenges, which the financial services industry has, to better serve women, currently a huge and underserved market worth $700bn.”There are numerous areas where inequality in the space is stark and unequivocal, she points out. “One of the most significant opportunities we have is to close the gender retirement gap. Women have 30-40% less money in retirement than men on average and are more likely to wind up in poverty globally.

“Think about how crazy this is and the magnitude of this gap. When we consider the gender money gap, many first look to wage inequality, which in developed countries is between 10-20%. However, if we look at income in retirement, that gap balloons to over 30% in Europe on average, and can be as high as 49% in other parts of the world.”

Women, wealth, and equal opportunities in finance and the workforce

Such figures are sobering, and a reminder that even in the progressive West, we are less than half a century away from a time when women were considered second-class citizens in all areas. But times are different now - so why are there such huge discrepancies between the way men build their wealth, and the way women build theirs?

McCruden, who has studied the subject intently throughout her career, says asset accumulation and decumulation are different for women for a number of reasons.

“First, women live longer on average than men. Second, women spend less time in the labor market than men overall and experience more fluctuations in workforce participation. In fact, in some countries, they are even mandated to retire and exit the workforce at a younger age than men, even though they live longer. This results in fewer earnings and more volatility in their cash flow.”

But it's not just about working hours and salaries. Data, says McCruden, shows that women’s expenses tend to be higher. “On average women pay more for health care and caregiving. A US Department of Agriculture study of how households with children spend money looked at expenses from 1960 to 2015 and found that while everything got cheaper, the only categories that went up were childcare and health care, which are also the expenses women disproportionately pay.”

And the disproportion doesn’t stop there. According to research carried out by Vrinda Gupta, CEO of Sequin - the first debit card to be launched in the US that specifically builds credit for women, credit options are also limited - diminishing borrowing power for women.

Gupta, who has extensive experience in the financial services industry, only realised this fundamental system flaw existed after she herself was caught out by it. She explains, “I worked at Visa launching popular credit cards, but when I applied for the credit card I helped launch, the Chase Sapphire Reserve — I was rejected.

“That was the moment I noticed a major flaw in the credit system. I looked at Visa data and I saw that 70% of young women, like me, were spending on debit cards or on credit cards that were in other people’s names, which means they weren’t building their own credit.

“I learned that the credit system is built on bias. Even though women are historically better to lend to than men, credit cards are still designed to reward the way men spend money, putting women at a further disadvantage. Women are reporting negative experiences with credit, which is directly related to access to opportunity.”

Diversity and equality solutions in fintech

Nobody can deny that the space isn’t changing and that such a seismic shift to accommodate women equally, has been, and continues to be a challenge. McCruden believes there is much to be done, but that the rewards of addressing the imbalance will be great.

She says, “Anytime you have a diverse group of people around the table, it’s much easier to be innovative and creative. How do we reinvent the model versus recreate it digitally?

“First, the dominant wealth management business model continues to be to earn a percentage of the assets under management accumulated from clients. This incentivises behaviour to accumulate as many assets as possible from clients and hold on to them for as long as possible.”

She continues, “For someone caring for an aging parent, this could be problematic since she is likely spending some time out of the workforce to care for that loved one, and therefore unable to accumulate at the same rate. Second, the industry still treats women as a homogeneous group and through a marketing lens rather than from a 'business growth' and revenue point of view.”

McCruden notes,  “Finally, women assess financial performance differently from men. While men on average look at performance relative to a market-based benchmark, women assess based on whether they have reached their goals with a high success rate. As an industry, we’re not there yet in terms of positioning products and services in this way.”

Gupta agrees and says education must form part of the continued solution. “Studies show that women are less likely to receive a lesson on credit by the time they reach high school and that financial services companies are spending 13 times in advertising to men versus women. Women enter the credit game in an unequal playing field - through no fault of their own!”

According to McCruden, every investor and VC should have a portion of their portfolio dedicated to addressing the structural reasons standing in the way of women and equitable access to financial services. That means spending dollars to define new markets that may not be as well understood and to dig into the root causes of why we see such huge differences in the way women engage in financial products and services.

She says, “I am an admirer of Melinda French Gates. She is a great example of an investor creating clarity around a new market through her company, Pivotal Ventures, which has been working to advance our understanding of the care economy. The financial value of the US care market, which is $648bn, is astounding ($138bn larger than the US pharmaceutical industry. However, it’s not a market that has historically been well defined or understood, in spite of its importance.”

There is a long way to go though, says Gupta, who points out that although much has improved, further change is essential. “The financial system truly was never designed with women in mind. Women could even be denied a credit card without a male co-signer until 1974, which wasn’t that long ago!”

Financial tools, she says, need to be intentionally reimagined to center with women, to ensure systemic biases don’t steep into access to credit like they do today.

“At Visa, I spotted a huge opportunity to better serve women’s financial needs because I was one of the only women in a male-dominated financial industry, in addition to identifying as a first-generation immigrant and person of color. I was uniquely impacted by the products I was building, in a way those before me weren’t.”

Catering better to the female market

Change, according to the latest data, says McCruden, must happen for the benefit of the fintech industry as a whole. She says that every industry, not just fintech, that ignores women is in trouble. “Women tend to be the ones in charge of their family’s household budget, and in spite of the challenges I described earlier, women control 40% of global wealth and are accumulating wealth at a faster rate than men. Millennial women are even more highly engaged in their household’s financial decisions.”

McCruden believes that for fintechs specifically, the risk we run if we can’t meet the needs of giant underserved markets is eventual irrelevance. “Fintech is maturing as an industry, which presents an opportunity to self-reflect and evaluates whether the industry has fulfilled its promises to customers and to be intellectually honest about where there are opportunities to improve. No one said this would be easy!”

She concludes, “Investors who are not afraid of new markets, and willing to do the research to define and help others understand them, will reap the rewards of being a first mover in a space that will eventually attract more interest.”

Cory McCruden is co-founder and CEO of Wellbly Tech, a US-based fintech focused on closing the gender retirement income gap. Women have significantly less retirement income on average than men and for women of colour, these disparities are even greater, McCruden says. Wellbly is building an AI-powered platform that features holistic budgeting tools, liquidity management solutions, and investments, that addresses the unique challenges and circumstances women experience throughout their financial life journeys.

Vrinda Gupta is the co-founder and CEO of Sequin, a debit card that builds credit, which debit cards traditionally just don’t do. Sequin doesn't report credit utilisation, meaning women’s credit reports are on an equal footing to that of men. Sequin is partnered with some women business founders, covering the mental health space, personal branding services, plant care, and education, and more. Additionally, Sequin is running rewards in Pink Tax categories, which is a new feature launching in 2022.