The evolution of AML and fintech's role and regulations 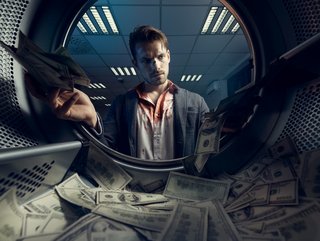 AML (anti-money laundering) technologies and regulations have been around for a century. But what does the timeline look like?

Anti-money-laundering measures have existed for centuries. But as technology lifts crime to a new level, we track the regulatory development of the space. Regulators are working hard to hammer out new policies that protect against crime. But has the tech caught up yet?

According to McKinsey consultant, Scott Werner, the next couple of years will be key in determining the development of the space. He says of the complicated issue: "We’re seeing an evolution from a compliance mindset to a risk management mindset, and this is leading to more sophistication in the AML and anti-financial crime industry. Compliance leaders are looking at financial crime as risk, not just a “check the box” compliance activity to appeal to auditors or regulators.

"When the industry moves in this direction, the entire ecosystem—for instance, law enforcement, regulators, and financial institutions—focuses on what matters most. Indeed, regulators also acknowledge that increased sophistication and innovation are what is going to move the needle on true financial-risk management."

We've tracked the story so far.

The term, ‘anti-money laundering’, was first coined 100 years ago – but the history of policing the space and preventing illicit gains from criminal behaviour goes back centuries.

It wasn’t until the advent of prohibition, though, that money laundering regulations took off in the US, with alcohol’s illegality giving rise to a profitable black market.

The first official regulation against money-laundering practices began in the US with the Bank Secrecy Act. The legislation aimed to curb money laundering and organised crime by requiring banks to report significantly large cash deposits amounting to more than $10,000

According to reports, The Supreme Court in the US supported the Bank Secrecy Act by upholding its constitutionality.

The term ‘money laundering’ then became widespread and well-known in light of the Watergate scandal.

As drug trafficking rose significantly in the 1980s, further measures were put into place. These were expanded upon in the 1990s as financial monitoring technology became more advanced and adept at recognising illicit deals. In 1989, money laundering gained greater global recognition as terrorism escalated.

The 2020 Anti-Money Laundering Act was passed in 2021 – and, to date, is the most radical overhaul of the US financial regulatory space since the Patriot Act in 2001.

Called the Corporate Transparency Act, the legislation makes it much more difficult for black market criminals to utilise shell companies as a cover for illegal money laundering activities.

Technology vs regulators and DeFi

As the cryptosphere and Web3 expands, the question of AML issues and the DeFi space have come under heavy scrutiny. World leading governments, such as the US, have issued urgent directives to regulate the space, with timelines linked to 2030. Many industry experts agree that much more needs to be done - not just to prevent fraud - but in all aspects of the financial space - they cite that fact that success will be restricted because less trust in the industry leads to less investment from big players.