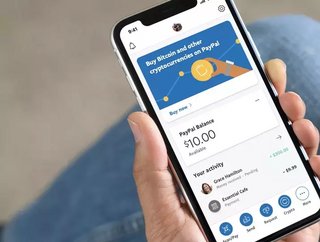 PayPal will allow customers to move cryptocurrency holdings off its platform via third party wallets. Currently, the San Jose, California-based online payments giant has enabled users to buy and sell digital currencies through PayPal since October 2020.

Ponte explained, “We want to make it as open as possible, and we want to give choice to our consumers, something that will let them pay in any way they want to pay.”

He continued: “They want to bring their crypto to us so they can use it in commerce, and we want them to be able to take the crypto they acquired with us and take it to the destination of their choice.”

No data has been announced in terms of when the feature will go live, but Ponte also confirmed that PayPay will allow customers to move Bitcoin and other cryptocurrencies to third party services will also apply to the platform’s popular mobile payments service Venmo.

The news follows on from PayPal’s recent announcement by CEO Dan Schulmen, that public demand for cryptocurrency services on the global payment platform has exceeded the company's expectations.

“Demand on the crypto side has been multiple-fold to what we initially expected. There's a lot of excitement,” Schulman said during an interview with TIME.

Rumour has it thatPayPal plans to launch its own stablecoin some time in the near future, but da Ponte downplayed the notion when asked about the prospect. “This is way too early,” he said.