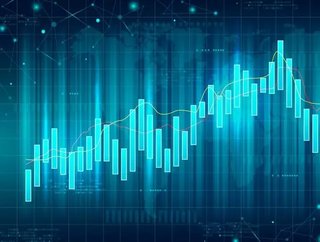 There’s no doubt that the demise of Wirecard has shaken the payments industry to its core...

There’s no doubt that the demise of Wirecard has shaken the payments industry to its core.

The ‘Thrilla in Manila’ storyline is fit for movie sets, but there have been real, significant repercussions for the UK finance sector. Wirecard employees, some of whom I know personally to be best-in-class, hardworking and trustworthy, find themselves without jobs. Some businesses have not been able to take payments, at this most testing of times economically and so, therefore, risk going bust. For a period, consumers could not even use their cards or withdraw their own money.

To recap on the last couple of weeks: amid the £1.7bn (US$2.3bn) alleged accounting fraud at Wirecard and its pending insolvency, those that used their technology to process payments, including a host of UK fintech firms such as Curve and Pockit, saw their payments being frozen. This essentially left scores of consumers and businesses without access to cash.

As an example, 500,000 people, myself included, received an email from challenger card company Curve warning us: “ WIRECARD LICENSE SUSPENDED – PLEASE CARRY A BACK-UP CARD.” Anna Card and Pockit customers received similar messages, with users of the former being told “the money in your Anna account remains safe and secure – but unfortunately you cannot currently access them.”

Now the dust has settled slightly, we have the chance to reflect. My main question, which I’m sure many will echo, is simply, how did this happen? And why did these businesses not have a back-up option? In fact, why are businesses still relying on one single bank for their payments at all?

And whilst Wirecard’s downfall may seem like a unique set of circumstances, it represents the ongoing risks that businesses and consumers are, subject to by being reliant on one acquiring bank for all of their payment processing. Acquirer outages are not uncommon – particularly with some of the old school financial institutions, but also with newer tech-focused acquirers as well.

A major lesson from the Wirecard scandal is the requirement to have a failover. Businesses exclusively using one bank need to seriously rethink their strategy. For instance, merchants using Elavon because of their pan-European reach, or Barclaycard because it’s owned by a British institution would be wise to branch out and adopt a failover.

This isn’t just a problem for established financial institutions. As we have seen in recent weeks, services from many newer fintech companies like those mentioned above, and a number of others that were affected, have single banking connections too. The result is that the merchants that use these companies will face consequences if their banks go down, whatever the cause.

What the Wirecard outage brought into question was the reliance that merchants have on a single bank, and the answer lies in multi acquiring.

In the past, it was only enterprise businesses that had the resources to multi acquire. Amazon and Facebook use a number of banks. Tesco won’t just be relying on one acquirer. I expect eBay has not put all its eggs in the Adyen bank basket. These businesses can’t afford to stop accepting payments.

Multi (or dual) acquiring has traditionally been a manual process. It requires multiple contracts, across numerous regions, with different banks, and that’s before you get to the technical complications and complex APIs that come with having a failover. These intricacies are fine for the corporate behemoths of the world, but less so for companies with limited payments knowledge who want to hand over payments responsibilities to one trusted global bank.

However, nowadays, businesses can opt for working with a payment processing partner that can give them access to a truly global banking network. By connecting to multiple banks, payments can be redirected with the flip of an API-enabled switch. Multiple banks equals multiple failovers, which essentially means multiple payments options and constant protection and access to money.

I always assumed that the biggest benefit to businesses having access to large global banking networks was the ability for them to intelligently route payments to get the highest conversion rate and drive higher revenue.

However, in light of what’s happened with Wirecard, and given the difficult economic context that we all find ourselves operating in now, I think it’s fair to say I got this wrong. The biggest benefit for merchants is the ability to have not just one, but multiple back-ups. High authorisation rates are meaningless if you can’t take payments in the first place.

Even in 2020, accepting payments is something we can no longer take for granted.

This article was contributed by Nikhita Hyett, MD, Europe, BlueSnap