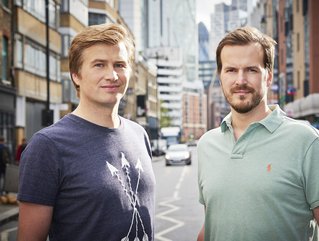 Estonian-born Kristo Käärmann is the dynamic CEO and Co-founder of Wise (formerly Transferwise) - a fintech that has completely disrupted the peer-to-peer money transfer space.

But despite heading up all the major industry leadership lists, this savvy businessman did not get a golden foothold in the industry as a result of his background.

Rather, he describes himself as a typical ‘Soviet kid’, who grew up under the shadow of the former Soviet Union’s draconian and backward-thinking business environment.

Describing that experience, he has told interviewers; “For the first ten years, I was growing up like all the Soviet kids did at the time. It wasn’t until 1991 when the country became independent again that it went to a pretty incredible growth story from nothing to then becoming part of the European Union, joined  NATO, and now, generally, is doing pretty well.”

But despite the lack of technology influencing those early years, Käärmann soon caught up, and in the early 90s, had his first taste of personal computing. His first computer was a ZX Spectrum, which then graduated to a Commodore 2001 - a 1970’s model on which Kaarman wrote his first piece of code.

Once bitten by the technology bug, there was no turning back, and by the time Käärmann was 19, he’d launched his first business. It was an online investment tracking portal called Investor.ee.

Though Investor.ee was never profitable, it was, nevertheless a popular product, and a few years later, Käärmann sold it for an undisclosed amount.

By now, technology and mathematics were what interested him most, and in 2002, he gained a BSc, followed by an MSc in Mathematics and Computer Science from Tartu University.

He then applied for a number of jobs - and was accepted by a PwC,  where his role was to assist banks in Estonia as well as Telcos to get a better grasp on their data. It was an eye-opening experience because Estonia’s new commerce community was still in its infancy because just 15 years had passed since the birth of democracy and western-style commerce in the region.

Käärmann saw that legacy systems were not a problem to be dealt with, because Estonian companies were simply not old enough to have them. He said of the experience, “If you look at what consultants usually do in the old world, in Europe or in the US, they usually go to really old companies and help them deal with legacy and help them with change, either new processes or new better ways to run the company. Back in the day in Estonia, all the companies were very young.” This experience saw him concentrate on innovation and organisation of data, rather than upgrades, deepening his interest in the space.

A move to Europe

Not long afterwards, Käärmann joined PricewaterhouseCoopers in a consulting role. He found himself responsible for the analysis and design of management information systems for retail banking clients - a field that piqued his interest in the fintech and transactional fields.

By 2007, Käärmann had joined Deloitte as a manager. It was here that he honed his skills in implementation and delivering systems, actuarial modelling, tools, and data environments for customer finance, actuarial departments, and risk. He also supervised Deloitte’s technology strategy to support customers with management information and systems architecture challenges as a reaction to Solvency II regulatory requirements.

It was this experience that put Käärmann in the path of insurers and western banks. He realised their systems were archaic and gave poor value to customers. The epiphany saw him form a business partnership with Taavet Hinrikus, who was, at that time, Skype’s director of strategy. The pair decided to create a new system geared towards cross-border money transfers.

TransferWise was launched in London in 2010 and swiftly established offices in Tallinn, New York, and Singapore. The business took off - with much demand generated from migrant Estonians working in the UK and sending money back to their families abroad.

By 2017, the business had skyrocketed - and TransferWise launched a new service is called the Borderless account, which opened up their services to freelancers and businesses, and essentially provided customers with a borderless account that could operate using multiple currencies - and still save customers substantial fees in comparison to offerings from traditional banks.

By 2021, TransferWise rebranded and became known simply as Wise. To date, the fintech has seen 12 investment funding rounds and has raised US$1.3bn in capital to develop and scale its operations. The company’s most recent valuation saw it hit US$11bn.

Käärmann continues to be a keen technologist in his spare time and recently saw his 1000-strong staff hold an open tech school in the Estonian language for children being homeschooled.