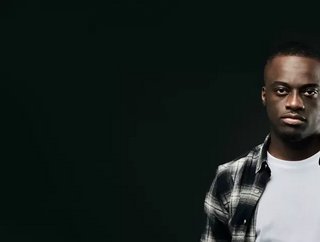 After a sporting career that resulted in social media influencing, Lotanna Ezeike realised the needs of online content creators were not being met by banks

The social media content creation industry is now worth an estimated $13.8bn - with a CAGR of 35% per year between now and 2025. However, due to the sudden growth of the space, the infrastructure required to streamline its processes is still in its infancy. Content creators remain frustrated at the long lead times between work being produced and payments being made. Despite their business models being classed as small businesses, the majority of banks don't recognise this, thus making financial management problematic for industry creatives.

But all that looks set to change. Lotanna Ezeike is the CEO and co-founder of XPO, a fintech startup that helps social media influencers and content creators enjoy a seamless transactional relationship with their customers. XPO is an app created specially for the industry that enables influencers to receive their payments quickly and without hidden fees. Ezeike was inspired to launch the business following his own experiences as a social media influencer working with brands. We caught up with him to find out why he's so passionate about fintech and the influencer industry.

“I was born and initially raised in Nigeria until moving to South London at the age of eight.  My initial education took place at Blackheath Bluecoat in South London, but that was closed down due to the prevalence of gang violence, so after passing my 11+ exams I moved to Dartford Grammar for boys where I studied a range of subjects including economics and Mandarin, which I still speak conversationally today. My first job was as a cashier at Barclays, which I advanced in. Towards the end, I had pushed so hard to encourage digital adoption and speed up customer interactions that the branch manager asked me to slow down as jobs were being lost to improved efficiencies. I knew then that it was time to move on.”

Q: What inspired you to launch your startup and where did the ideas come from?

“I used to be a sprinter for England and fell into content creation by accident. After posting on Instagram, initially, to inspire others in the sport, I was reaching up to 10-12,000 followers, with high engagement. As a result, brands started approaching me and I had no idea how to manage that. Back then, the term "influencer" wasn’t mainstream, we were more 'Instagram bloggers'. Brands were offering me free merchandise and as a cash-strapped university student, I was happy with that!  But shortly after, the conversations with these companies turned to money and I realised how confusing the process between brands and content creators was when it came to negotiating and receiving payment.

“At University I also met my co-founder Tomi, who was working with a group of content creators. Tomi was facing several challenges when it came to paying content creators and compounded by my own experience, it dawned on us that there were payment issues on both sides. We decided to build a marketplace that would focus on making the payments experience more efficient between content creators and the companies that choose to work with them. Our break came when we realised that we could pay influencers much faster than they had been paid by brands before. As opposed to waiting weeks or even months, we could pay influencers within 24 hours.”

Q: What challenges have you faced along the way in the current climate?

“Like any start-up, the early stages of the business were difficult. I had to approach my mum for the first round of investment.  The only time I have ever asked her for money! She put in £3,000 which gave me the start I needed. .

“Sadly, one of the biggest issues we faced was unconscious bias in the investment process. When seeking funds, it’s common practice to create a pitch deck, and one of the slides is always the team and people behind the businesses. By using tracking software on the slides, we found that if we put our team early in the deck, investors stopped looking. Yet, if we put the team at the back of the deck, investors would read to the end. We did an experiment by randomly selecting an image of an older white gentleman to head the team and put that structure early in the deck - and guess what, the investors read on. In fact, we found that 30-40% more investors came back on the changed deck.

“More recently, the challenges are more those faced by our users. Money is still hard to come by and times are hard, especially for young people that have been hit by a global banking crisis, Brexit uncertainty, and a pandemic in succession. It has made the need to be paid quickly and on time more important than ever.”

Q: Knowing what you know now, what would you do differently?

“I wouldn’t have got so caught up in the day-to-day minutia. I had a perfectly capable team so could, and should, have pulled back more to enable me to look at the bigger picture. Also, I would have invested my time more wisely in the beginning, leveraging and learning more from my network - I would have learned more quickly and grown faster than I did.”

Q: How do you see the market changing for influencers?

“People have always been subject to influence, and today the Internet and social media is at the forefront of this. Empowered by this medium, individuals - and brands - can create trends, alter our opinions and impact the buying decisions of millions of loyal followers. The most significant of these is how creators will continue to decentralise the shopping experience. I see a future, where the front end of online stores will die a death in the same way as the traditional high-street. Once social media has made native purchasing normal for goods and services through their platforms, customers will purchase from Instagram directly as they scroll through their feed, rather than take the trouble to find and then navigate through a shop’s website to make a purchase. We see this already happening with Tik Tok shopping, where creators are directly selling to their followers through their live streams.

“I also believe that banks are missing a trick. The lending and credit model is broken, especially if you are a creator.  A credit score is based on monthly income and for a GenZ creator, a standard monthly income is an antiquated way of earning money. For this generation, it's become the norm to generate income through multiple jobs, or even a side job. This isn't taken into account when it comes to affordability checks because it's not seen as consistent income. That's when we realised there was something much bigger that we could do to help creators. By using the data we are collecting we can comfortably predict how much creators are going to earn based on the positive or negative growth of their social media accounts, and support them in gaining the necessary credit score needed to engage with the banks.”

Q: What has the market reception been like for your enterprise?

“Influencers have gone mainstream, becoming a $15bn industry that 86% of youngsters want to join. The creator economy is now a $13.8bn industry projected to grow at more than 35% per year according to Statista over the next three years. Yet it was - and still is to a degree - beset with issues. But poor payment cycles are hindering sector growth, restricting new talent, and creating gender pay gaps. But this is why XPO has proven to be such a success. We launched in August after raising more than $1 million in a seed round and already have a waiting list of more than 2,000 people. Our speedy invoice-financing solution paid out £20k in its first two days of going live. A subsequent funding round is due soon as the company growth has been rapid and there is much more to come.”

Q: Has success come with any surprises (good or bad)?

“From a personal perspective, I now have a platform from which to share my knowledge and insight for people trying to start their own business -particularly creators who tend to be younger and less experienced than in traditional start-ups. The fact that our business is social by design means our network is massive. On the flip side, time management has been difficult. Some days you can be busy doing nothing and others so immersed in the day-to-day you neglect to address the big, agenda-setting activity. We also found that our business attracted a lot of people looking for a quick buck, trying to dilute the brand and what we were offering.

“For our users, it has been a real Cinderella story for some - people that were struggling and sometimes waiting up to three months for payment are now getting their money the same day. It’s changing their life, not just their work, and that’s so rewarding to see.”