Harnessing the power of local payments in social commerce 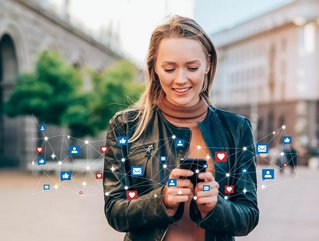 A staggering 3.8 billion people use social media, around half the internet users worldwide. With these figures in mind, social media giants are eager to reach the digitally connected consumer and monetise their userbases. Gone are the days where social media was simply a place to see what friends were doing and give them a 'like.' With the likes of TikTok, Facebook and Instagram leading the charge, purchasing products online is now as easy as liking a friend's post. In fact, with over one in three global shoppers having made a purchase on social media in the past year – social media is rapidly becoming the new online marketplace of choice.

However, while a good tool for attracting customers, social commerce must work hand in hand with digital payments to truly unlock success. Converting browsers to buyers on social media will rely heavily on a brand's ability to offer a range of local payment methods at the checkout.

A growing opportunity for merchants

In the US, by the age of 12, most children have access to a social media account, but that’s not to say that this is the only audience social media is appealing to. Senior citizens in the US are the fastest growing group of Facebook users, with numbers doubling between 2019 and 2021, indicating a lucrative opportunity for merchants appealing to a broad range of demographics.

In fact, Facebook is certainly leading the pack when it comes to social media – with over 2.7 billion monthly active users worldwide. For European regions such as Italy, the pandemic has also contributed to the explosion of social media usage. Time spent on Facebook’s suite of apps rose 70% in March 2020 – indicating the potential for social commerce uptake as people acclimatise to using these platforms to access shopping, entertainment and communication.

For China however, a country where the likes of Facebook, YouTube, and Twitter are blocked to consumers, sites such as Tencent, WeChat and Weibo have been attracting millions of users, making China one of the biggest social media markets in the world. With multiple demographics across the globe now engaged with social media channels and more than comfortable with shopping online, the opportunity for merchants to trade on these platforms is greater than ever before.

Unlocking the power of social commerce

Because of the extensive reach and the power social media holds, brands embracing social commerce can scale rapidly. Everyone can do it, from international companies to individuals selling their goods on Instagram. But, it's much more than just adding a 'Buy Now' button. While social media platforms certainly have the power to unlock online and cross-border growth, the process will not be successful if merchants do not operate with consumer payment preferences in mind.

To enable a seamless transaction through social media channels, merchants and payment service providers (PSPs) need to take a highly customised and localised approach to digital payments. Consumers have become accustomed to choice when it comes to online payments – from buy now, pay later (BNPL) offerings such as Klarna to increasingly popular bank transfer payments such as Pay by Bank App or Trustly. Because of this, expectations around payment preferences have skyrocketed in recent years. So much so that 44% of UK consumers will abandon a purchase if their favourite payment method isn’t available. To ignore this when selling through social channels would be a huge mistake, and a missed opportunity for retailers operating on these platforms.

A global strategy with local payments at its core

While digital payments have the power to unlock the true power of social commerce, integrating a diverse portfolio of payment methods is no easy task. Although merchants are becoming increasingly aware of the need for a social strategy with local payments at its core, the cost and complexities associated with such integrations are acting as a major barrier for businesses. In fact, for smaller e-commerce players especially, local payment options may feel completely out of reach.

To overcome this, merchants and payment service providers are increasingly turning to infrastructure providers to meet the demands of global consumers. Partnerships of this kind mean that merchants and PSPs can take advantage of payments technology and on-the-ground local market knowledge.

Speed to market is everything in today’s digital-first retail era and merchants that are able to get up and running with a diverse acceptance of the right local payment methods quickly will be able to take strides ahead of the competition.

Those that neglect to consider the importance of local payments will see themselves fall short of their competitors and lose access to thousands of potential customers.

This article was contributed by Matt Jackson, Head of Partner Development (EMEA), PPRO