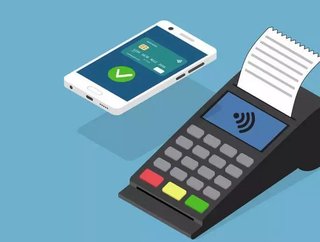 Barclaycard has announced that it will increase the contactless payment limits to £45 in a bid to combat the spread of Coronavirus (COVID-19). Barclay...

Barclaycard has announced that it will increase the contactless payment limits to £45 in a bid to combat the spread of Coronavirus (COVID-19).

Barclaycard has been a pioneer of contactless payments in the UK since the concept was first realised in 2007, so perhaps it is no surprise that it is leading the way in modifying the rules of contactless in the UK in a drive to prevent the further spread of the Coronavirus (COVID-19). Responsible for overseeing almost half of the UK’s credit and debit card transactions, Barclaycard has a key role to play in both the evolution of payments in the UK, as well as the prevention of the deadly virus.

From 1 April 2020, it will increase the contact limit from £30 to £45 across UK retailers. Barclaycard provides this service to over 150,000 terminals across the UK retail sector, and the increase in this limit will help to further prevent UK citizens from handling cash as the pandemic reaches its peak.

Barclaycard announced that in light of the current pandemic, it will be prioritising the deployment to key sectors such as grocery and supermarkets, bakeries, pharmacies and petrol service stations. Though this increase may seem small, it has a wide potential to prevent the handling of cash or chip and pin terminals, and the payment business has shared that it intends to raise this limit further in the coming months.

As this news comes to light, we take a look at the history of payments at Barclaycard:

Barclaycard leads the way in pioneering contactless payments in the UK. This technology was originally designed for the OnePulse card, which could be used to pay at around 22,000 payment terminals across the Transport for London network (TfL). Spending was originally capped at £10.

Contactless payment limit was increased by £5 to £15.

Quick Tap  – the first mobile payment device in the UK  – is launched by Barclaycard and Orange, allowing users to pay with their phone by tapping it onto a contactless reader.

Enter wearable tech: Barclaycard introduced PayBand, the UK’s first wearable payment device. It also launched PayTag this year, a small sticker that goes on the back of a user's phone, giving the device the same capabilities as a contactless Barclaycard. Payment limit increases from £15 to £20, and the TfL network expands to include London’s 8,500 buses.

Contactless limit increases from £30 to £45.

Rob Cameron, CEO of Barclaycard Payments said: “It’s more important than ever for merchants and their customers to be mindful of their collective health and safety. We are proud to be taking a leadership position in the UK by commencing the deployment of a higher contactless threshold. By supporting the ability of customers to spend up to £45 via contactless, we are playing a part in helping UK consumers to pay safely and securely in these challenging times”.

Did you know? According to Barclaycard proprietary data, paying with contactless saves an average of 7 seconds per transaction as opposed to Chip and PIN, and 15 seconds when compared to cash.