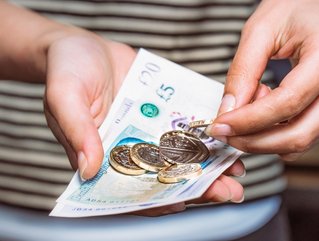 Cashless commerce may still be a way off as more than 50% of SMBs still rely heavily on cash, says a new report

According to the report which was compiled by iwoca, one of Europe’s biggest, small business lenders, a significant number of small businesses still accept cash from their customers, and over a third have said they are not keen on moving to a completely cashless system.

The news flies in the face of plans by the World Economic Forum and the International Monetary Fund to eradicate the use of cash across the majority of economies by 2030.

However, although resistance to a completely cashless system is considerable, the use of cash has diminished significantly since the pandemic.

Despite this, iwoca’s data shows that 46% of small businesses in the UK alone, use cash on a monthly basis, and 32% use it on a weekly basis. This is despite the fact that the UK is the second-largest fintech hub globally, with more than 1,400 high-growth fintech companies currently active, including 20 fintech unicorns.

Business owners argue that cash is still an important payment component, with its presence offering customers transaction flexibility and choice.

Cashless systems promoted by digital transformation and the pandemic

While iwoca’s data shows that three in ten small businesses have reduced their use of cash since the start of the pandemic, the majority are using it to the same extent, with some even seeing greater demand from customers.

Furthermore, over half of SMEs (54%) say their use of notes and coins has remained stable despite the increase of contactless and online payments being rolled out during the pandemic, with more than one in ten companies seeing an increase (11%).

Small and medium-sized companies still use cash for a variety of reasons, with flexibility for customers to come out on top. Nearly six in ten businesses back cash to promote consumer choice (57%), while a quarter is concerned that card payment costs remain too high (24%).

The future of cash in a fintech-driven world

When asked to predict the use of cash in the future, iwoca’s research found that nearly a third (28%) still planned to use physical money in five years’ time, compared to half (49%) who didn’t think they would.

Speaking about the findings, Colin Goldstein, Commercial Director at iwoca, said: “For hundreds of thousands of small businesses, access to physical money is still essential for the day-to-day running of their company. Yes – the pandemic has moved more businesses towards contactless payments, but the real story here is the strong resilience of cash. From coffee shops to hair salons, restaurants to construction sites, it seems that SMEs want to continue using coins and notes long into the future.”

Five reasons why cash won't be eradicated just yet

Privacy: It ensures the user's freedom and autonomy. Banknotes and coins are the only form of money that people can keep without involving a third party.

Legal currency: Just because digital payments are trendy, doesn't mean cash shouldn't be used. Although many businesses started to refuse the use of cash during the pandemic and that trend has continued, cash and coins are still legal tender.

Inclusivity: Financial inclusion in terms of digital payments is a big topic for fintechs and banks aiming to draw in more customers and users. But for many emerging market populations, and many demographics within developed economies, cash is still a vital transactional currency.

Tracks spending: Many studies show that although electronic transactions can provide seamless records of spending, the psychological processes of breaking a banknote to make a purchase means the spender will be mentally tracking their purchases more keenly.

It's secure from online fraud: While carrying around large amounts of cash isn't always practical, it does mean the user is safe from a large number of frauds and crimes that only occur in the digital transactional space. Of course, this is offset through accidental loss and physical theft, which can occur, but which is less likely considering the amount of online fraud currently occurring.

It provides flexibility: Using cash for small person-to-person purchases is often much easier and faster than using an app. Cash is also an essential tool in teaching children about the values and use of currency in a clear and tangible way.