Affirm aims for US$9bn with its initial public offering 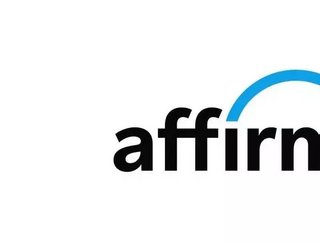 Sources claim that fintech unicorn Affirm has set its sights on achieving a $9bn valuation in its forthcoming initial public offering (IPO...

Sources claim that fintech unicorn Affirm has set its sights on achieving a $9bn valuation in its forthcoming initial public offering (IPO).

Announced at the end of November 2020 and backed by Morgan Stanley, Goldman Sachs, and Allen & Company, Affirm’s initial low-ball figure of $100m has now been eclipsed. News that its revenue had increased 93% last year may have influenced the jump.

Reuters reports that the company intends to sell shares between $33 and $38 each, raising $935m in total. PitchBook cites Affirm’s overall goal as triple its valuation since its last funding round ($3bn)

In addition to this latest development, Affirm has also started 2021 by completing the acquisition of PayBright announced in mid-December. One of Canada’s preeminent examples of ‘buy-now-pay-later’ retail - a rising trend - it aims to provide a flexible alternative to traditional credit options.

Afirm’s CEO and Founder Max Levchin described this new move as an important step in broadening the company’s diverse presence in North America:

“We welcome the PayBright team to Affirm and look forward to leveraging our highly complementary merchant relationships and cultural values.

“Together, we are well-positioned to provide even more consumers with increased control and flexibility in their purchasing decisions and to bring merchants more opportunities to accelerate their businesses.”

“The PayBright team is excited to join forces with Affirm and bring the best of both companies to merchants and consumers,” added Wayne Pommen, President and CEO of PayBright.

“With this combination, we can take Buy Now, Pay Later to a much larger scale in Canada across all retail channels.”

Granting customers the ability to purchase an item on point of sale (POS) credit and then repay according to a fixed scheme. Like other forms of credit, it requires adequate checking, qualification and verification before payment can be processed.

Affirm’s platform allows users to select it at checkout, choose their preferred repayment schedule and loan amount. The company prides itself on having no hidden fees; in fact, it held a specific campaign (‘No Gotchas’) against them during the holiday season.

“Traditional financial institutions rake in billions of dollars in profits each year from late and hidden fees at the expense of consumers,” said Greg Fisher, Chief Marketing Officer.

“These fees can cause people to fall into spiralling debt, which is why Affirm is committed to never surprising people by charging hidden or late fees.”