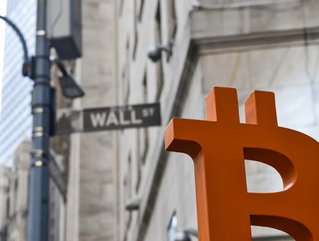 With the world of DeFi transforming before our eyes, staying ahead of new changes in fintech and cryptocurrency is key to understanding the current market

With global political instability, new regulatory policies, and economies in the midst of both turmoil and transition, its no wonder cryptocurrency is making the headlines on a daily basis. Speculation is rife. Will it rise? Will it fall? Should I invest more in Bitcoin this year? Or should I try another digital currency? All are pertinent questions, but before any decisions are made, make sure you know your subject.

10) How can regulations be placed on cryptocurrency?

Most people think that cryptocurrency is entirely unregulated, but this isn't strictly the case, at least not in many developed countries. In the United States, for example, cryptocurrency exchanges fall under the same regulatory scope of the Bank Secrecy Act - or BSA. What this means is that cryptocurrency exchange providers are obliged to be registered with the US Treasury’s Financial Crime Enforcement Network. They must have adequate anti-money laundering and counter-terrorist measures in place and they must also provide regular reports to government regulatory bodies.

An estimated 16% of Americans have investments in cryptocurrency and recently, US President Joe Biden signed an executive order that directed US federal government agencies to coordinate their efforts to regulate the digital asset and cryptocurrency market.

9) Does Bitcoin have any regulations imposed on it?

The answer to that is no. While governments can control the way exchanges operate in certain circumstances, there are no international laws imposed that can regulate Bitcoin - or other cryptocurrencies in circulation. Many countries allow Bitcoin to be used for buying and selling goods. In 2021, El Salvador became the first country to sanction the use of Bitcoin as a mainstream currency. Bitcoin is classed as a peer-to-peer currency, which means it can be used in transactions anonymously, across e-wallet account holders globally. It, therefore, has a somewhat murky reputation. But this is improving as it becomes a more acceptable form of digital currency.

8) Which country uses cryptocurrencies the most?

You'd be forgiven for thinking the answer to this question is either the US or El Salvador - where Bitcoin is considered a mainstream currency. But actually, relatively speaking, the nation with the highest level of cryptocurrency usage of all types, is Vietnam. According to Statistica, this small and in many ways undeveloped APAC country has registered an incoming cryptocurrency transaction value almost on the same level as India.

7) Which countries have banned cryptocurrency?

Data shows that even though China has banned Bitcoin and other cryptocurrencies, an estimated 20% of the worldwide Bitcoin network is actually in China. Other countries to ban its use are Qatar, Russia, Turkey, North Macedonia, Bangladesh, Egypt, Morocco, and Iraq.

6) How long does it take to mine a single Bitcoin?

According to Investopedia, the best Bitcoin and cryptocurrency mining software can currently mine a Bitcoin or other cryptocurrencies in just 10 minutes. A platform called BFGminor is considered one of the most effective tools for mining Bitcoin because it can run on a variety of operating systems - namely Linux, Mac, or Windows, it’s Open Source and is compatible with FPGA, ASIC, and GPU.

5) Who is the wealthiest cryptocurrency user in the world?

Earlier this year, Bloomberg released a report stating that the richest cryptocurrency and Bitcoin tycoon is Binance CEO Changpeng Zhao - a Chinese billionaire. Known in financial circles as CZ, the cryptophile who is worth an estimated US$96bn, enjoys a diamond-studded lifestyle in the UAE, owns a penthouse suite in the Burj Khalifa and is being wooed by Abu Dhabi Royals who have been keen for him to launch his exchange in the country. They got their wish recently as Binance was granted a virtual asset license by Dubai's regulator as the crypto exchange seeks to expand further in the United Arab Emirates.

4) Is Bitcoin a safe and value-accruing investment?

According to the experts, no. Although it's an unthinkable scenario now, the president and portfolio manager of the US investment firm Paulson & Co, John Paulson, predicted that at some point in the future, the world’s most valuable cryptocurrency will become worthless. His words were echoed in an article in the UK’s Guardian newspaper and the BBC, by the deputy governor of the Bank of England, Sir Jon Cunliffe, who remarked, “Their price can vary quite considerably and [bitcoins] could theoretically or practically drop to zero.”

Those that enjoy the renegade and wild west world of cryptocurrency, are often quick to criticise attempts by those in financial regulatory positions who recommend that cryptocurrency should be subject to stiffer regulations. But the infamous former Wolf of Wall Street, Jordan Belfort, has a different take. He believes that regulating the world of peer-to-peer finance will actually result in massive growth. Belfort says that whenever a financial investment possibility is stabilised by regulation, it becomes far more attractive to big gun investors - and once that happens, the sky is the limit.

2) Will governments ever successfully impose regulations on cryptocurrency?

It's a double-edged sword. The birth of cryptocurrency was a deliberate two fingers up to the global financial establishment. It was always meant to be regulated entirely by market demand and not by interfering governments who regularly manipulate and bend currency value to meet their needs. Traditional Fiat currencies are given their worth by the issuer and are controlled by the governments that back their worth. Bitcoin and other cryptocurrencies are therefore seen as a threat to the centralised financial control offered by the global banking system. But, as Belfort points out, without the legitimacy of regulations, cryptocurrency also remains essentially, an unstable gamble for investors.

1) Will Ethereum ever become as valuable as Bitcoin?

All reports suggest that yes, Ethereum could well become as valuable as Bitcoin, and this could happen sooner than you think. The open-source currency which was conceptualised in 2013, has been recognised by leading banking players such as Goldman Sachs as a rising star in cryptocurrency terms. The investment bank noted publicly that Etherium is likely to even surpass the $660bn ‘market capitalisation’ of Bitcoin because its network has real-world applications and as a currency, it has the ability to store value. Ethereum offers the possibility of smart contracts and programmable money - something that Bitcoin, which is now termed as a legacy currency, is not able to provide.