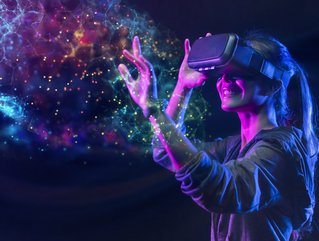 The metaverse is the next step in the evolution of virtual reality. It includes all forms of augmented immersion, transcending physical borders to create a new digital world.

It's not only for the movie industry or gamers anymore; it's about interacting with people and organisations from all across the world and beyond, improving the retail experience, and enhancing financial services.

In the movie 2001: A Space Odyssey, the astronaut Dr Dave Bowman goes through a psychedelic experience in which he is in a metaverse with three-dimensional images overlaid on the real world. It lets viewers make up their minds about the scene but could arguably be based on the theory that the universe itself might be a metaverse.

1973: The first virtual world is created

Maze War is the first publicly known virtual world in the form of gaming. It was played on a network of Unix computers and allowed users to interact with each other in a virtual environment. More recent and modern versions of such gaming include Second Life, World of Warcraft, Minecraft, and Fortnite, among others. They have become a common part of society, with some people making a living through in-game activities.

Sci-fi writer Neal Stephenson coined the term ‘metaverse’ in 1992 and referred to a completely immersive virtual reality. The word was first used in his novel Snow Crash, which takes place in a future world including a vast virtual space resembling a massively multiplayer online game (MMO) where people may interact and buy things like real estate.

In 2021, Facebook brought the world’s attention to the metaverse by rebranding its parent company to Meta. It also announced it would spend $10bn USD and employ 10,000 people in Europe to build a metaverse.

2022 and beyond: The world’s biggest companies start developing in the metaverse

Companies such as H&M, Samsung, and Walmart began experimenting with retail stores based in the metaverse. It's a brand-new realm for marketing and customer interaction, and it won't be long before most companies have a presence there, which will all rely on fintech for transactions. Virtual luxury real estate companies are already gearing up to make a profit in the Metaverse by selling off-plan, luxury, virtual villas in the alternative reality of the Metaverse, which is also, currently off-plan. The creators have confidence in their products which currently cost in the region of US$10,000 each.  The future of this swirling, growing space remains enigmatic and optimistic as virtual products look set to form the backbone of the Metaverse economy.