Pandora Papers and the role of 6AMLD in fintech fraud risk 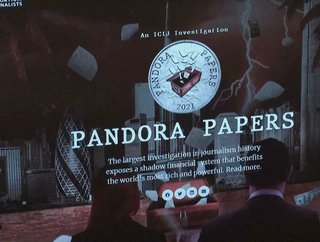 Garient Evans, SVP Identity Solutions at Trulioo talks about the impact the Pandora Papers and the pandemic will have on regulations and risk in fintech

The biggest whistle-blowing event to hit the uber-elite since Wikileaks, the recent Pandora Papers leak earlier this month looks set to light a fire under the some of the world's wealthiest financiers. To date, an estimated 12 million documents revealing the hidden and sometimes unethical and corrupt activities of the global elite have been laid bare. It is, according to reports, the largest data dump of its kind to date.

Some experts have said the Pandora Papers are not representative of the wider offshore financial industry and instead consists mainly of hardworking people looking for better returns and more flexibility. Earlier this month, Nigel Green, chief executive of deVere Group called for transparency in the space, stating, “When it comes to those who are in or have previously held political or royal office, and/or those who are actively seeking to break the law by hiding or ‘washing’ money, busting sanctions or evading tax, there must be complete transparency with financial dealings."

He went on to say that offshore accounts often provide, "centralised, safe, flexible and global access to their funds regardless of where the person lives and regardless to where they may move to in the future, at the same time as offering an array of saving and investment options in a multitude of different currencies.”

But regardless of the necessity of offshore services, digital transformation and the reduction of cash has turned traditional money laundering routes and fraudulent processes upsidedown. This transition is now affording criminals and corrupt entities further opportunities for misuse, offshore activities and tax avoidance. We spoke to Garient Evans, SVP Identity Solutions at Trulioo, about the Pandora Papers and to what extent fraud risks have been elevated by the pandemic.

Have fraud risks been accelerated by the pandemic?

One unexpected outcome of the pandemic has been its impact on physical cash transactions and traditional banking. There has been a global trend towards electronic forms of payment, fuelled by public health concerns over cash handling. This move has disrupted legacy money-laundering supply chains. However, money launderers are sophisticated and opportunistic — and have transitioned to electronic payments for illicit gain. A point recently underlined by the European Commission, which stated that the “move towards cashless economies has created increased opportunities for fraud and counterfeiting of non-cash means of payment such as credit cards and online payment tools."

How big a problem is money laundering?

As the recent Pandora Papers leak shows, it remains a huge issue for countries all over the world. It’s why new laws such as the EU’s Fifth and Sixth Anti-Money Laundering Directives (5AMLD and 6AMLD) have come through in quick succession over the last couple years. According to the UNODC, The estimated amount of money laundered globally in one year is 2 - 5% of global GDP, or $800bn - $2trn in current US dollars. When you consider that money is being used to fund anything from illegal arms and drugs to reducing the tax revenues for hospitals and critical citizen services, you have a huge problem.

Legislation was introduced in the wake of the Panama Papers several years ago - why didn't it work?

The Panama Papers leak happened around five years ago - plenty of time for the global financial ecosystem and governments to instigate measures to reduce the prevalence of money laundering and other illicit activity. But the recent Pandora Papers leak illustrates that all of the regulations that were implemented in response to the Panama Papers didn't work - there are still a lot of loopholes and that means there is potential for huge fraud and tax avoidance and it will remain this way until real action is taken around confirming people's identity.

How vital is that financial integrity is preserved on a global scale?

Monetary penalties have surprisingly become minor concerns, relative to the new era of criminal liability and potential jail time. The common denominator in preserving financial integrity and reducing exposure to heightened 6AMLD enforcement risks is customer authentication and ongoing account monitoring. In this regard, identity verification represents the foundation of financial integrity. It’s the only real tool that can universally establish a root of trust in every transaction.

How will the changes in 6AMLD help?

6AMLD aims to empower financial institutions and authorities to do more in the fight against money laundering and terrorism financing by expanding the scope of existing legislation, clarifying certain regulatory details and toughening criminal penalties across the bloc. For the first time, it also includes cyber-crime as a predicate offense. It means there’s a much bigger net to catch much bigger fish when it comes to money laundering in an era of digital banking.

What is the role technology can play in realising the vision of a financial system the world can trust?

Given the cost businesses face when it comes to financial crime, it is no surprise many organisations have turned to automation tools like artificial intelligence (AI) and machine learning (ML) for cost and manpower efficiencies in meeting AML compliance. Businesses need to equip themselves with as many tools as possible to fight money laundering but critical to this is identity verification and simply knowing who you are dealing with. Aside from providing clarity, investments in technology solutions will help to avoid significant regulatory fines and improve bottom lines in the long term.

About Garient Evans: As SVP Identity Solutions, at Trulioo, Garient Evans has 20 years' industry experience in leading explosive growth companies in technology, artificial intelligence, machine learning, and predictive analytic environments. Trulioo is a CNBC Disruptor 50 Company and was recently named by BC Tech Association as “Emerging Company of the Year” and “Technology Pioneer” by the World Economic Forum.