Is Crypto Beginning its Bounceback from Market Collapse? 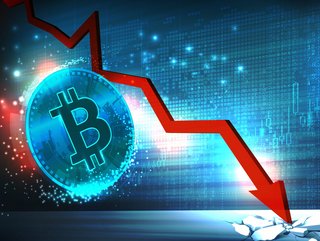 The dramatic crash of the cryptocurrency marketplace is already slowing down, signaling a potential recovery or bounceback could be imminent. The plummeting prices have led to speculators buying up digital assets at their lowest prices yet. Elon Musk has also voiced his support for the cause. Despite losing all the gains he made previously through Tesla when Bitcoin dropped below $29,400, the currency rebounded later in the day and is now hovering near the break-even point.

The downturn of the cryptocurrency marketplace, which has also left the worlds biggest cryptocurrency exchange, Coinbase, on the brink of collapse, is the result of inflation and global financial instability caused by recent lockdowns, economic dips and the war in Ukraine impacting on supply chains, energy and commerce.

Speaking about the crash, Susannah Streeter, senior investment and markets analyst, Hargreaves Lansdown, commented,‘’ Fears about rampant inflation and the abrupt ending of the era of cheap money have sent cryptocurrencies careering down a cliff edge, as investors scuttle away from risky assets. Crypto fans, lulled into a false sense of security amid sharp price rises during the pandemic, are now facing a rude awakening with assets plunging across the board with Ether down by just under 20% since yesterday, despite notching up a slightly recovery in the last few hours.

Streeter said optimistic predictions that Bitcoin would act as an inflation hedge have disappeared as the cryptocurrency has lost more than half its value since November because consumer prices have risen globally.

Recovery could be in sight for crypto markets

Experts say there are indications that the collapse could be turning as the market rose as a whole, by 13.5% following the plummet. The cause of the  freefall is multi-faceted, but some believe the crash of stablecoin, Terra Luna, has been a major, contributing factor.

Streeter commented, “For now the crypto wild west is taking a breather after reeling from the crash brought on by the collapse of a so-called ‘stablecoin’, which demonstrated that it was anything but what it said on the tin.

“TerraUSD was designed to trade one on one against the dollar-but instead of being backed by the fiat currency – the reserve was made up of a mish-mash of other volatile coins. The clamour for regulation of stablecoins has become louder after losses mounted up but Bitcoin and Ether have regained some ground, with Bitcoin edging back up above $30,000.”

Streeter predicted that some traders might view the crash as a chance to buy currency during the dip, bagging a potential investment. But she added that given the hugely volatile nature of the coins, the crypto market could easily tumble further.

She said, “This latest plunge in the wheel of fortune demonstrates that speculating in cryptocurrencies is extremely high risk and is not suitable for investors who don’t have money they can afford to lose.”

As a result of the catastrophic losses in the cryptocurrency marketplace there is also speculation that increased regulation of the DeFi space will be driven forward, resulting in far greater government control over the crypto markets.

Streeter added, “The UK government used the Queen’s speech to demonstrate it sees opportunities within the crypto and blockchain eco-system for innovation, but that it’s intent on the safe adoption of crypto currencies. Just how that will be achieved is far from clear, but with crypto fans losing billions in this latest sell off, clamour is likely to intensify for a fresh set of rules, particularly for stablecoins, to be drawn up. ‘’