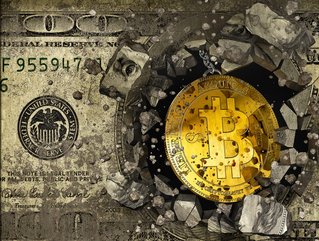 As the markets show signs of recovery from the recent cryptocurrency crash, we look at five new trends emerging from the crisis

The recent cryptocurrency market nosedive has unleashed a tidal wave of  online discussions and debates about the future of digital currency as we know it.  While a ‘cryptocurrency winter’ had been discussed speculatively, many traders and investors were caught by surprise when Bitcoin dipped to its lowest rate for 16 months and the Terra Luna stablecoin lost 99% of its value.

In digital terms, the markets lost billions and there was much public wringing of hands. But less than 48 hours later, despite the mammoth event, the cryptocurrency market was already showing signs of recovery. Bitcoin was up, Ethereum was moving again, and online chatter was more optimistic.

However, there is no denying that the event has succeeded in sending reverberations across the global financial system. The panic the crash caused has further bolstered the discussion of DeFi regulation and also potentially fast-tracked governmental moves towards CBDCs (Central Bank Digital Currencies). We take a look at five leading trends driven by volatility in the cryptocurrency space.

#1 The rush to regulate cryptocurrency has been accelerated

Many experts are in favour of the idea that the digital currency market will face greater regulation, mainly because the wider environment is so uncertain. The fluctuations of the digital economy have swung far beyond the predicted parameters and this will only continue to have an impact on the market.

Uldis Teraudklans, CEO of Nexpay, explains, “If we look at the technical analysis perspective, the stock-to-flow model has gone out of bounds, compared to what should have been expected. According to the logarithmic analysis, Bitcoin should have reached the heights of 100k, to be similar to the trends of the previous cycle.”

Teraudklans says that the overall feeling is that of a bigger uncertainty than usual, with investors searching for the appropriate actions to circumvent that. He believes the wider political unrest has compounded the problem. “Perhaps what differs in the current situation to the previous cycles is that currently, our world is broken; both geo-politically and economically we are living through events which happen once in a lifetime and we are experiencing multiple such events at the same time,” he points out, referencing the pandemic, a war, and serious inflation.

“The world hasn't been in such a state financially since bitcoin was created in 2009, in the aftermath of the 2007-2008 global financial crisis. Bitcoin investors who have been through a couple of cycles went into this cycle expecting the previous pattern, which hasn't happened, and thus the future price movements for Bitcoin and other cryptocurrencies are very unclear.

“For other digital currencies of course this effect is similar, only multiplied, as Bitcoin, the flagship digital currency, is assumed to be more stable than the other coins. Usually during uncertain times investors shift their digital currency holdings more into Bitcoin from other crypto currencies. Possibly the fact that we have a more developed cryptocurrency market than during the previous cycle plays in the dynamics of this cycle as well.”

A recent report by Fortune suggests that buoyancy will return to the marketplace, and that even though the day-to-day reports seem alarming, crypto is still strong. Alkesh Shah, a global crypto and digital asset strategist, for Bank of America points out that the combined market value of the crypto sector is relatively healthy, and still better than it was less than two years ago. “You have had, obviously, moves of 50% during this correction, but that's really after you had a 350% move up since January of last year,” Shah says. He believes the current downturn is the result of the macroeconomic environment caused by the Ukraine war, which has increased inflation, interest rates  and geopolitical instability. In the short term, things look bad as the volatility is serious, but the rewards will be in the long term gains that are still to be made.

Kenny Estes, the CEO and fund manager at Diffuse, recently recommended against market players investing over  5% of a portfolio into crypto because without regulation, it's too easy to lose money. But he concludes that in the long term, it's not the frequent fluctuations that matter, but the development of the space, which includes better technologies and more efficient regulations which will see crypto value increase as well as its adoption.

#3 The mainstreaming of cryptocurrency will strengthen its position

New innovations in the space will see crypto continue on its trajectory in reaching a mainstream position, says Teraudklans. “One of the major changes which is not exactly new but is still ongoing is crypto mainstreaming. For example, at Superbowl 2022, a significant part of the ads were about crypto. During the last couple of years crypto has become a recognised concept to the majority of the population, at least partly driven by the increased availability and ease of investing for the retail investors.

He believes another factor, which also serves as a driving force, is the place of crypto in pop culture. It is no longer an obscure financial tool, but is being popularised by celebrities, companies and even countries. “Some of the recent efforts by big companies like PayPal and Instagram barely even made the news. The normalisation of cryptocurrency will continue as big household names will continue entering crypto markets. 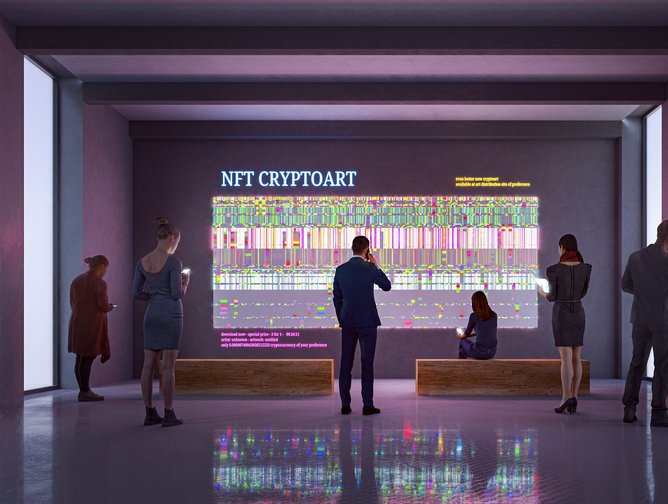 #4 Tokenisation and digital assets will soar

However, things might not be so rosy for the NFT marketplace, which relies on emotive marketplace reception as a booster to its value. This part of the digital currency market could well be the hardest hit area in the event of a crypto winter. “I believe that they will suffer the most, as the illusion of value is even more exacerbated and driven by emotions than in the crypto markets, says Teraudklans.

“Similar to the ICO boom and bust of 2017-2018, I think that NFTs will suffer the biggest decline. Of course, some like CryptoPunks and Bored Ape Yacht Club might suffer a slightly smaller fall, as they, similar to Bitcoin, have gotten into a league of their own, partly because of being some of the first NFT projects and thus gaining more popularity and momentum.

In terms of tokenisation, traditional assets are currently digitised versions of the paper assets they once were. That comes with massive regulatory requirements on the value chain from brokers to clearing houses and custodians. Tokenizing those assets so they are truly digitally native will affect the entire value chain.

Mathieu Hardy, Chief Development Officer at OSOM.finance (by Polybius), explains, “The transformation won’t be over in a few months but we can see it starting with actors like Tokeny and in the regulatory space with the EU initiative of the DLT pilot regime. You can also expect a fight from incumbents. In crypto, retail customers connect to exchanges directly. That doesn’t exist in TradFi and would radically change the value-chain.”

#5 The exploration of alternative currencies (CBDCs) in the digital space

Recent events look set to serve as a catalyst for some countries to explore alternative currencies. But despite the benefits of digital currencies there are some roadblocks for implementation for it to become such a large trend in the next few years, says Teraudklans.

“Currently, it looks like the biggest fiat currencies will not go in the direction of adaptation for general use as digital currencies, like El Salvador did with Bitcoin, but Bitcoin could be used as a reserve currency, as it has all the benefits of digital currency, and is more stable and liquid than the other cryptocurrencies currently.”

He concludes, “In the medium-term my prediction is that big countries will become digital self issuers, and other countries willing to experiment might use Bitcoin or other stable coin as reserve currency.”

However, Lars Holst, Founder and CEO, GCEX –an FCA regulated brokerage offering FX and digital assets, disagrees. FIAT is here to stay, he says. “It won’t be phased out in our lifetime. It is worth noting though that perceptions of FIAT currencies depend on where you live. For example, we are proud of currencies such as Sterling, US Dollars and the Danish Krone but if you are in a jurisdiction with significant inflation, corruption or capital restriction, then you won’t feel so wedded to your FIAT currency.”

He adds, “FIAT currencies won’t be phased out but there will be credible alternatives in many parts of the world.” 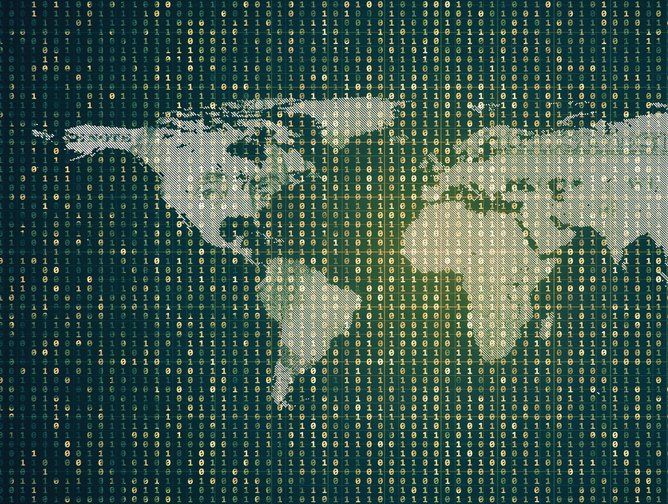