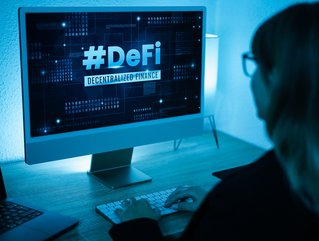 The amount of cryptocurrency stolen from decentralised finance platforms has risen by 1300% according to a new report from the industry broker marketplace Tradingplatforms.com.

The startling figure, which has been revealed shortly after US President Biden’s decision to investigate new ways in which to regulate cryptocurrency and decentralised finance, show that the level of crime growth has overtaken the increased DeFi transaction volume for 2021, which also rose by a significant 912%.

Has cryptocrime risen as a result of DeFi tokens?

According to Edith Reads of  Tradingplatforms.com, the significant jump in crypto-related crime is most likely linked to the rise in token availability. She said, “Decentralised tokens cause quite the spur in the crypto space, which is why many people are now coming on board. However, because just about anyone can create a DeFi token and have it listed without a code, we are now seeing an increase in crypto crimes, with DeFi rug pools becoming quite common.”

Money laundering vis DeFi is also on the increase

The report went on to say that AML regulations are now being bypassed as more criminals are turning to DeFi protocols to launder their money. Data shows that DeFi recorded a 1964% increase in usage for money laundering, the highest year-on-year growth.

Another aspect is mining, which, the study shows, accounts for the second-highest year-over-year growth in illicit funds, with just under a 500% increase. P2P (peer-to-peer) exchange services and gambling platforms were the only services to show a decrease in illicit fund usage in 2021.

Has DeFi become an easy target for hackers?

Problems are also occurring because users are not careful enough when researching theory investments. Volatile speculation on DeFi tokens and their internet positioning results in many crypto enthusiasts behaving rashly when it comes to token projects. The Tradingplatform.com report states, “With the right technical knowledge, anyone can create a DeFi token and list it in a decentralised exchange without a code audit to publicly confirm the smart contract has no loopholes to advantage the developers.”

It adds, “It’s also worth noting that hackers can easily manipulate bugs in the protocols’ smart contract codes and exploit them to steal the investors’ funds.”