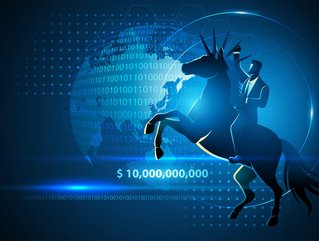 As growth across the fintech industry slows and contracts, we take a look at how fintech decacorns have been affected

The news that the world’s largest and most successful Buy Now Pay Later company, Klarna, had lost US$40bn from its valuation, shocked the financial sector.

The Swedish lending giant had increased in size 10-fold over the pandemic period as online spending skyrocketed and government hardship packages and devaluation of currencies kept cash circulating across economies.

But when the party stopped, the drop in valuation was more dramatic than most experts had predicted. And although Klarna has by no means been the only fintech to suffer during increased interest rates, inflation and new industry regulations, it certainly fell hardest. The move has also signalled a re-evaluation of priorities for top fintech business leaders as valuations contract, hiring is paused and IPOs are delayed.

Has the fintech market irrevocably changed?

The current economic climate for fintechs could not be a sharper contrast to that of a year ago. In 2021, the global growth of fintech has dropped sharply. According to a report on global fintech growth for 2022 by CB Insights, fintech funding in Q2’22 hit its lowest level since Q4’20. Indeed, overall, funding fell 33% quarter-over-quarter (QoQ) and 46% year-over-year (YoY) to $20.4bn

Data shows deals also fell 17% QoQ to 1,225 in Q2’22. Both funding and deals dropped to their lowest quarterly level since 2020 as investors pulled back on funding fintech startups amid market volatility.

Revolut is one fintech decacorn that has continued to thrive despite the recent economic change of market circumstances. The neobank recently joined forces with fellow fintech heavyweight Stripe, with Stripe’s technology supporting Revolut's payments in Europe and facilitating expansion.

Speaking to Fintech magazine, André Silva, Head of International Expansion for Revolut says the bank was strategising by focusing on the customer and their needs in tandem with a data-driven approach. “This allows us to deliver the best product and has attracted 20 million retail customers to Revolut in seven years. From the very beginning, Revolut has hired the best talent. We continue to hire exceptional people globally and recently surpassed 5,000 employees.”

Fintech Decacorn challenges in a downturn

The problems facing scaling fintechs in the current climate are multi-fold. A major hindrance to continued expansion is a drop in investment. Based on funding reports from 2021, the capital available to disruptive startups is no longer as abundant as it once was. Fintechs that commanded mega-rounds last year have strategised and set themselves on roads to expansion and profitability that now can’t be met as subsequent funding rounds shrink. However, those companies that grew at a moderate pace, expanding at a rate that didn’t reflect the skyrocketing bubble, are more likely to fair better as the market contraction increases. The key to surviving such a situation, and even thriving within it, often comes with experience.

“The challenges Revolut faced in the early days of the company were similar to what all startups go through,” says Silva. “Scaling a business is hard and there are never-ending problems to solve. But as our CEO and founder Nikolay Storonsky has said, wWe’ve made almost every mistake possible and we’ve learned from them. We’re fast learners and it’s one of the keys to our success.”

He suggests that just because a company has passed the $10bn valuation mark, does not mean that the investment environment gets any easier. “Revolut has raised $1.8bn in funding and we have been able to raise funds effectively at every stage of our evolution. In our last round in July 2021 Revolut raised $800mn, valuing the business at $33bn.”

Protecting valuations and profitability in a failing economy

Ultimately, it's a time when companies do need to re-evaluate their growth strategies - especially if their predictions were based on the milk-and-honey period of 2020 and 2021 continuing or even increasing. Freezes in hiring, rising inflation, and interest rates have hit the lenders especially and resulted in disastrous stock losses and valuation drops across the board.

Silva says that the size of a company doesn’t necessarily correlate with the fall from grace many companies have experienced over Q2 of 2022. Rather, navigating an unstable market comes from agility and providing a wide spectrum of services. He points out: “In our experience, size is not an issue. Revolut has weathered market volatility in the past and continued to grow at pace. The difference for us is our diversified offering. We offer dozens of products from spend management and payments solutions for businesses, to market-leading foreign exchange and trading for retail customers. Our diverse product offering protects us against market turmoil.”

The role of M&A in growth and recovery

As smaller fintech companies and some unicorns struggle to maintain profitability and their high valuations, mergers and acquisitions look set to increase. Larger companies deadline better in the current climate will have the opportunity to expand their offerings and customer base by acquiring other fintechs.

Mike Kiersey, Head of Sales Engineering, EMEA for Boomi, explains: “A clear post-merger integration plan is vital for maintaining business-critical applications, IT systems, and data. Both companies involved need to understand the importance of a harmonised infrastructure, and the severe implications of a failure to integrate two different systems.”

He says that in order for M&A to benefit smaller companies, business integration needs to be swift, broken down into manageable chunks, and with seamless application and data integration for all services. “In this way, data points become more accessible and clear, united by a master data management solution able to cross-departmental and geographic borders in an agile yet controlled manner.”

He concludes, “At the crux of M&A success lies a strategy that makes data accessible and provides the correct governance. For a fully successful merger, both parties need the ability to access raw data from a single platform, from which the company can decide which innovation approach to take for customers, partners, and employees moving forward.”

Speaking about Revolut’s own expansion journey, Silva says: “We want to keep growing, both in terms of numbers of customers and markets. We now serve more than 20 million customers across the UK, Europe, US, Australia, Japan, and Singapore and we will soon launch the Revolut app in India, Mexico, and Brazil.”

He adds: “Our goal is to become a truly global financial super app so that people across the globe can open an account in a few minutes, at any time, and access the services they need to manage their money.”