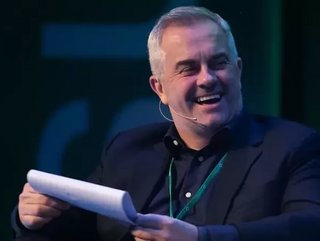 Myles Bertrand, Managing Director of Mambu Asia Pacific, tells us how the region’s markets have transformed over the past two years

Digital banking in Asia is swelling like a tidal wave. Despite the region having some of the highest unbanked populations globally, the adoption of digital services is at an all-time high.

Increased mobile penetration and better digital services, as well as the pandemic, have resulted in a transformational shift where the development shows no end in sight.

Mambu, a global leader in digital banking terms, has been instrumental in developing the sea change in many of Asia’s emerging marketplaces. Using the latest technologies and data analytics to create strategies that better appeal to the marketplace, they have established themselves among the region’s incumbents - and are giving them a run for their money.

Myles Bertrand, Managing Director of Mambu Asia Pacific, has been based out of Singapore for almost four years and describes the changes he’s witnessed, as “drastic”, with new market entrants as well as technologies driving the transition.

He says, “We are very focused on the emerging markets and Mambu was founded on a philosophy of making banking better, making banking technology more accessible, really driving financial inclusion and financial literacy.”

According to Bertrand, key markets, such as the Philippines, Indonesia, Thailand, will be the next big regional players in terms of digital banking growth because they have “significantly underbanked” populations. The growth some of these regions are undergoing currently is nothing short of “crazy”. In the Philippines for example, which has a 200 million-strong population, the potential for onboarding new customers to digital banking services is estimated to be six million within a 12 month period.

The rise of digital banks globally has had incumbents troubled for some time. After all, if customers can manage all their transactions, savings, and bill paying through a user-friendly app, the benefits are obvious. Furthermore, many digital banks charge lower fees and offer significantly better deals when it comes to lines of credit. In areas where traditional banks are failing to serve large swathes of the population, digital solutions have swept in.

“What we've seen in particular is a number of new entrants offering financial service solutions to their existing customer bases,” Bertand explains. In short,  telcos, conglomerates, and big retailers that already have big customer bases are now looking to expand and offer financial services, which has boosted the marketplace activity.

“Because they don't have some of the technology debts that the banks have, they're able to actually get things into the market very quickly, they're allowed to provide services really quickly, smartly, very digitised, they don't need bricks and mortar, they don't need branches. So we've seen a real acceleration of a lot of organisations coming into that space.”

The activity has been a wake-up call for traditional banks because of the increased competition, and this, in turn, has mobilised digital transformation in the banking sector. A third factor, points out Bertrand, is the regulatory bodies in the banking sector. “Obviously the pandemic has hit everyone very hard,” he says.

Crypto and digital currencies in APAC

Cryptocurrency has been adopted with enthusiasm, with countries like the Philippines leading the way in terms of digital transactions using DeFi. Bertrand believes that more regulations to protect users would almost certainly be helpful in stabilizing the marketplace.

“You're starting to see regulation really come into the fore and regulators are paying attention. I think you'll start to see a lot more management - not just in crypto, but in Buy Now Pay Later, because it's also an unregulated product type.”

Better regulation will, he believes, allow the cryptocurrency to develop into a mature product. The banks will also play a leading role in supporting cryptocurrency as a standardised product for themselves.

Mambu, for example, has taken a dynamic lead by introducing the first cryptocurrency bank - Kraken - to the US, which runs off its own digital platform.

“We support deposits, transactional products, and lending. And now crypto is becoming another product set that we support.”

Another aspect that digital banking has brought to emerging markets is the ability to glean data from other sources so that customers underserved by traditional banks can now gain access to loans and financial services. Credit checks in the conventional sense are no longer required.

Betrand explains, “There are some really smart initiatives by new players coming into the market. The telco sector is an example. They already have a huge amount of data about their customers. They already know that their customers pay $100 a month for their mobile phones. They know they pay it on time. They know that they've been a good customer for four or five years. On that data, they could make a decision."

It’s these innovations that are boosting SMEs and seeing massive uptake in the micro-lending space across the region, and they are also leading to partnerships between fintechs.

But how do incumbents fit into this Brave New World of data-driven finance, cryptocurrency, and mobile services? Many of them were established decades ago and therefore must function with their embedded, core processes that are at odds with the shiny new digital trends.

One way has been to build a digital version of themselves that operates alongside the traditional bank, therefore offering its current customers the benefits of digital services. However, Bertrand is not a fan.

“We call it putting lipstick on the pig,” he says bluntly. “You see these banks launching completely new digital spinoffs because they feel that's the only way that they can truly innovate. Basically, they [incumbents] do a lot of cool stuff, a digital layer and they make it look all fancy, and then they've got this monolithic hulk of a thing that's been sitting there in some cases 40 or 50 years. But it's getting to a tipping point. They've got to start looking at the core.”

Banks have to start thinking differently, says Bertrand. The future is digital, agile, flexible, intelligent, and customer-centric - and that's not about to change any time soon.

“I think it's going to make the industry very exciting. I see the likes of the J.P. Morgans, the Citibank's, the HSBCs, and they're all starting to think ‘I can't continue to be the way I've been, I've got to start to think about doing things differently.’”

He adds, “They see the success stories of challengers - like N26, which is now in 23 countries, and the message is clear. Digital banking is the future, and it's here to stay.”