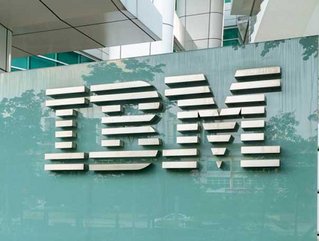 Traditional banks and financial services institutions are concerned about falling behind the latest digital banks, new research from IBM and Yobota shows

Legacy system banks and financial services institutions have voiced concern over their ability to keep up with the thriving and agile digital banks and fintech companies, new research shows.

The combined data, collected in separate surveys by IBM and Yobota has revealed that UK banks and financial servises institutions are experiencing roadblocks where innovation is concerned. Yobota is a  London-based technology company – and it commissioned an independent survey among 261 senior decision-makers within UK-based banks and financial services companies.

According to figures gleaned, 55% of incumbents blamed a lack of formal guidance from regulators as a reason for them being held back, and 50% blamed legacy technology, while 60% said neo banks will overtake them in the future, with 59% attributing this to their ability to meet customer needs more effectively.

The vast majority of respondents pinpointed a lack of innovative technology as the main cause for incumbents and legacy system finserv companies falling behind the curve. However, it also revealed that the majority remain bullish on tech investment for 2022,  with 75% of them saying more sophisticated use of technology is a critical part of their business’ plan for improving its products and services for the coming year.

Incumbents have been slow to adopt the latest agile approaches used by digital banks because the implementation of new tech has been slow over the past year due to their organisation’s reliance on legacy systems.

An industry survey by IBM also found a lack of agile technology to be a considerable barrier for incumbents maintaining their leadership in the banking and finserve marketplace.

However, IBM’s study, which was conducted by Censuswide on behalf of IBM and questioned more than 600 UK IT decision-makers, professionals working across financial services, telecommunications, and the public sector, also found that 45% of the UK IT professionals it questioned said regulation and compliance was their biggest barrier to digital transformation, followed closely by data security concerns (43%).

According to the IBM report, IT leaders place compliance and security as their key motivators for modernising, as businesses and government agencies face increased cyber threats and policy changes.

Key findings in the IBM study include the following points;

Security and Compliance in Banking

Prevention of Rapid Transformation in Banking

The role of cloud platforms in security stability

Speaking about Yobota’s findings, Ion Fratiloiu, Head of Commercial at Yobota, said the COVID-19 pandemic had enforced irreversible change onto the traditional banking systems globally, and that innovation is now the only way to maintain a competitive position. He explained, “The pandemic has catalysed changes across the banking sector. Technology is now playing a far greater role in allowing finance companies to deliver exceptional products, services, and experiences to customers.

“Clearly, the pace of change is a cause for concern among many banks and financial services firms. That 40% feel they are falling behind is telling – we should expect to see significant investment in fintech trends like Banking-as-a-Service and embedded finance in 2022, with banks keen to remain ahead of competitors.

“Many of the more progressive strategies will likely involve cloud-native banking platforms. These will allow finance companies to deliver new and enhanced products more quickly, while also better supporting partnerships between banks, fintechs, and brands.”

Howard Boville, Head of IBM Cloud Platform, believes the fintech industry is expanding at such speed that industries are under tremendous pressure to expedite their transformation to digital services. He said, “Highly regulated industries are feeling pressure to transform with an ever-increasing rate and pace. But they must not move security, resiliency, and compliance to the backburner on their mission to modernise. This is especially critical for financial services, telecommunications and government, where regulations are changing rapidly as exposure to cyberthreats have escalated to unprecedented levels.”

Boville added; “As regulations continue to advance, it is critical for companies to avoid vendor lock-in and adopt hybrid, multi-cloud strategies to achieve stability, keeping compliance and data privacy at the forefront.”