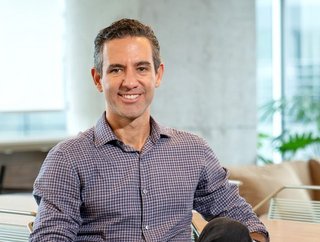 As the CEO and Co-founder of Nubank – South America’s largest and most successful challenger, David Vélez has a disruptive reputation

Born in Medellin, Columbia in 1982, David Vélez comes from a large, extended family of entrepreneurs. His father, who co-owned a button factory, had 11 siblings, all of whom ran their own businesses, providing the young Vélez with an environment that thrived on innovation and disruptive ideas.

But Medellín was also a crime capital where drug wars and the cartels reigned supreme. The family suffered greatly, and an early memory for Vélez was leaving a shopping centre with his family just moments before it was bombed. Later, one of his uncles was kidnapped. The two events resulted in Vélez’s parents uprooting the family to find a safer place to live.

Vélez​​​​​​​ had a passion for finance and innovation

At the age of nine, the family moved to Costa Rica, where he flourished, proving to be a fine student – and discovered a passion for the financial markets. Vélez attended a local German-language prep school, graduating as valedictorian and winning admission to Stanford University. By 18, Vélez had moved to the US and started his degree at Stanford, studying Finance. Upon graduation, with a newly-minted MBA, he qualified as a financial engineer.

The time he spent in California saw him explore a range of potential careers in the technology industry – and he considered various startup ideas, as well as positions in Google and Amazon.

But in 2012, Vélez returned to South America and relocated to São Paulo. He had secured himself a much-sought-after position as a partner at Sequoia Capital. Then, aged 30, Vélez was hired to establish the VC in the emerging market powerhouse of Brazil. The location was perfect: a young, tech-hungry population, plenty of natural resources, and home to the world’s seventh-largest economy.

The project looked exciting and full of promise – but, before it had even got off the ground, it was dropped due to the shortage of computer science engineers graduating in Brazil.

The event was a great disappointment to Vélez, whose entrepreneurial background meant he’d always hankered after launching a dynamic startup. But investors had been discouraged by the sheer lack of on-the-ground innovators coming out of the Brazilian education system.

Describing that time in an interview with Forbes, he said: “It was the day before my birthday, and it was a bit of a shock.

“You want to position yourself on the side of the market where there’s scarcity. In the US, there’s an oversupply of good entrepreneurs. Somebody with my experience and background is a commodity. In Latin America, there was significant scarcity.”

Going after the big banks in the Brazillian financial fraternity

Following the disappointment, Vélez set his sights on the establishment, which consisted of several, giant incumbent banks that dominated Brazil’s financial industry. The system needed reform – and fast. High fees, poor service offerings and an aversion to technology within the legacy banks meant opportunity was ripe for the picking.

According to reports, the vast majority of Brazilian banks were appallingly un-customer-friendly, charging annual fees for even basic credit cards. They also charged monthly fees for all services, ranging from fraud protection to text message alerts. Data shows that, even in 2019, fees made up nearly 40% of Brazilian banks’ revenue, compared with 15-20% for banks in other leading South American countries.

It was a brave move in a culture where organised crime and brutal business practices often result in personal harm. Vélez risked stirring up a wasps’ nest – but was determined to see his ideas pave the way for a new style of banking to come to fruition.

Nubank was duly launched in 2013 – and has since survived and thrived its way through myriad disasters, including recession, corruption scandals, and the pandemic. Warnings from friends that he was putting himself in danger went unheeded. He was told the incumbent banking fraternity would never allow him to succeed – or, possibly, even live… with Vélez divulging to Forbes that one friend told him, “They’re going to kill you, they’re going to kidnap your kids”.

Now one of the world’s most valuable decacorns, Nubank has climbed from success to success. Though less than a decade old, it already boasts over 35 million customers. Much of the success can also be attributed to fellow founders, Cristina Junqueira and Edward Wible, who shared Velez’s passion for change.

Less than a decade after its founding, Nubank has 70 million customers and is valued at $45bn. It is also backed by some of the world’s biggest investors, including Founders Fund, Tiger Global and Sequoia.

As well as being a keen philanthropist, Vélez has four children with his wife, Maria, the last of whom was born earlier this year.

A recent Bloomberg report also confirmed that the couple have pledged to give the vast majority of their personal US$6bn fortune to philanthropic causes.