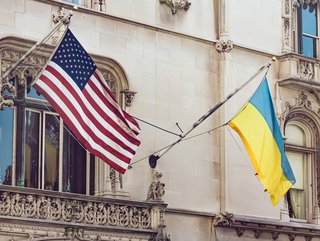 Two flags fly side-by-side at the Ukrainian Institute of America building in Midtown Manhattan.
Venture capital firm ffVC has launched a Ukraine-focused fund to support the country through its economic recovery, insisting it is not out of charity.

US venture capital firm ffVC has announced the launch of a new specialised fund that will invest exclusively in Ukrainian founders and startups.

Called the ff Blue & Yellow Heritage Fund, after the colours of Ukraine’s flag, the fund represents the next step in ffVC’s existing investments in Central and Eastern Europe (CEE). In 2019, it opened an office in Warsaw and led the seed round for Kyiv-based Respeecher, which creates voice-cloning software that has been used in Disney television series. A year later, it created a tech and gaming-focused fund for the CCE region.

Justifying its latest fund, ffVC acknowledges that the new fund was “informed” by Russia’s invasion of Ukraine in February but says that “it is not rooted in charity”. But it points out that Ukraine has more graduates with degrees in technology-related fields than most European countries, and investment in Ukrainian companies represented 57% of the total VC activity in CEE in 2020. The country can lay claim to inventing the harddrive and originating IT development platform Gitlab, while unicorns like Affirm, Grammarly, Whatsapp were created by Ukrainian-American founders.

Ukraine is also home to R&D centres for more than 100 major tech companies including Google, Samsung, Oracle and Nvidia. Because of its established presence in the region and its track record of investing in Ukrainian startups, ffVC says it is “well placed for the challenge” of supporting local founders and businesses. It already invests in fintechs like Addepar, Montonio and Rhino.

‘My message to business leaders: invest in Ukraine’

The launch of the new fund was announced this week at the SaltNY conference in New York, where ffVC Partner Mariusz Adamski says: “Our thesis is that Ukraine will win the war, will become a member of the European Union and there will be plenty of money flowing for the country to innovate. We believe the money will be there because the talent and government support will be there.”

Speaking directly to assembled business leaders about his country’s economic recovery, Ukrainian President Volodymyr Zelenskiy says: “We will make one of our main bets on the technological sector. Ukraine has everything to become a powerful IT hub and enter the top five European countries in terms of the number of startups per capita. Despite the full-scale war with Russia, which has become the largest source of terror in the world, we ensure the stability of our state and social institutions. Ukrainian technological companies continue to work. Even under such war conditions, Ukraine remains a country of the 21st century and no matter where Russia directs its missiles, we will not descend to Russian savagery, originating from the middle ages.