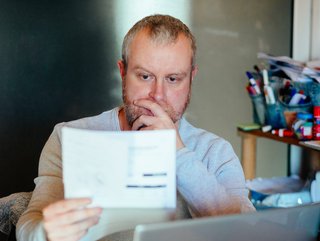 The next 6-12 months will be a trying time for many consumers and businesses.
With household budgets under pressure and many consumers needing a short-term cash fix, how can lenders retain trust in difficult circumstances?

The International Monetary Fund (IMF) has tempered expectations of growth, saying that advanced economies in Europe and North America could see just a 1.4% increase in economic output next year. It gives rise to the prospect of a recession in the near future.

The implications on lenders would be mixed: consumers turn away from mortgages during the bad times, but the rising cost of living may prompt some people to take out short-term loans to cover day-to-day expenses. Consumers will invariably tighten their belts, forcing lenders to become more creative and more adaptable around the loans they offer.

“There’s a general expectation that as economic growth slows, there will be a reduction in new lending and more of a focus on the quality of existing lending,” says Paul Randall, CEO of Creditinfo. “There will be added pressure on what people can afford to do – for example pay their mortgages – especially as household budgets are squeezed.”

In challenging times, ‘affordability is the name of the game’

“Affordability is the name of the game during an economic crisis,” Randall says. “If people can’t afford to repay their loans, lenders will inevitably tighten up their risk and reduce new lending. However, awarding loans should never be a black-and-white decision – not least because this underserves consumers and has a negative knock-on effect on the economy, as the flow of capital is consequently reduced.

“Other options, such as the flexibility to adapt repayments or offer a smaller loan instead of none at all, will ensure customers are served without over-burdening them.”

“There will be a need to support people who fall into financial difficulty,” concurs Neil Kadagathur, CEO and Co-Founder of fintech lender Creditspring. He suggests making sure that borrowing costs are clear upfront; taking a step back on late fees; and keeping on top of changes to consumers’ financial situations, particularly where it forces them to take out more than one short-term loan.

“There will be a proportion of customers who inevitably run into trouble in terms of repaying loans, as economic growth slows and purse-strings tighten,” Creditinfo’s Paul Randall continues. “Meanwhile, lenders are going to want to do everything they can to decrease their risk profiles.”

Harder economic circumstances will make it imperative for lenders to make reliable credit decisions. With many household budgets under growing pressure, ensuring that borrowers can repay their loans will become more important – and data has a huge role to play.

“Proper risk management is all about capturing as accurate a picture of a borrower as possible,” Randall explains. “The quality of the information used in this process is extremely important.

“During times of strong economic growth and minimal losses, lenders become more confident about awarding loans. As the economy slows down, the focus should be on performing rigorous checks and building airtight target borrower profiles in order to build holistic and objective overviews that will feed into decreasing potential risk.

“The other aspect lenders could focus on is continuous, clear communication. Neither borrowers or lenders wish to see customers fall behind with payments, so encouraging lenders to implement an open dialogue with borrowers to discuss their problems is very important, and removing barriers to this open communication is key. For example, banks need to try to make sure that, during times like this, stressed borrowers aren’t waiting for long periods of time to speak to someone.”

Tasha Chouhan, UK & IE Banking Lead at Tink, agrees: “Financial services providers should embrace the use of open banking technology to enable faster and more accurate credit decisions in real-time that work for everyone. Greater access to financial data allows lenders to make better decisions about affordability and creditworthiness, based on up-to-date income and spending information rather than credit scores or antiquated risk decisioning.”

How can lenders win consumer trust in these trying times?

There’s an argument that short-term lenders – particularly buy-now-pay-later (BNPL) – have lost their halo post-Covid. Creditspring’s Neil Kadagathur argues that many BNPL customers didn’t understand the implications of falling behind on repayments, with nearly half of respondents in one survey unaware that they could be referred to a debt collector for missing a BNPL payment. It’s a worrying state of affairs. Recessions have a way of creating the unfortunate illusion that lenders are profiting off the desperation of hard-pressed consumers.

“Traditionally, there has been widespread distrust of lenders and this remains the case,” Kadagathur explains. “Unfortunately, the lending industry has often been seen as focused on profits over customer wellbeing – over four in ten (43%) people believe lenders encourage them to take out more money than they can afford, and fewer than one in five (17%) see lenders as responsible businesses that care about their financial wellbeing.

“Over the next few months, lenders are likely to see increased applications from borrowers due to the cost-of-living crisis – and the focus from lenders should be ensuring that they offer proper support. Stringent affordability checks are vital to protect borrowers and ensure they aren’t overlending, which puts borrowers at increased risk of debt. For this, an integrated tech approach using open banking to review financial information with the borrower’s permission can ensure more accurate and quicker decisions around borrower affordability, streamlining the process but also providing more support to borrowers at a time when they need it most.”

Paul Randall continues: “During an economic downturn, the borrower profiles that lenders are targeting will narrow, so lenders need to do everything they can to collect as much relevant data as possible to keep their group of target customers as broad as possible.”

He warns that lenders must either become more cautious or pass the risk onto borrowers: “A trend we’ve seen before during economic downturns and recessions is larger financial institutions tightening their risk profiles and awarding fewer loans, while smaller financial organisations might try to prioritise the customer experience by not clamping down as hard but charging more for repayments in an attempt to mitigate the added risk.”

Whatever approach they choose, lenders must do something to show willing and play their part in any financial crisis, as Neil Kadagathur argues: “The industry needs to work more closely with external stakeholders… to boost financial education, lend more responsibly and improve transparency. All these steps will provide more support for borrowers at a time when many people’s finances are under pressure.”