Going cashless: two new studies show how far along the UK is 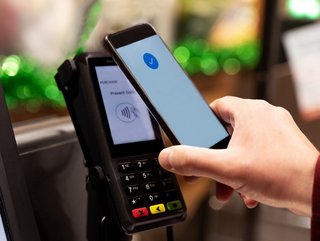 The research underlines how UK consumers have embraced cashless payments.
Two new studies show how far the UK has come in embracing cashless payments, but underline how difficult it will be to realise a truly cash-free society

It’s one of the most hotly discussed topics within finance, and two separate studies have now shed new light on our progress towards a cashless society.

The latest cashless payments report from software recommendation engine Capterra shows that more than 50% of UK consumers are paying with digital wallets. The main advantages cited are convenience, with digital payments allowing people to leave the house without their bulky wallet. The survey also indicates that digital wallets are gaining penetration beyond just payments: almost half (48%) of those who use them on a consistent basis store their plane, train or bus tickets in a digital wallet while a third (33%) use them to store event tickets or loyalty cards.

The research underlines how the COVID-19 pandemic has accelerated the transition to cashless. Capterra says that 86% of digital wallet users have started using them since the outbreak of the pandemic, while a further 19% of consumers are interested in using digital wallets for the first time in future.

Despite uptick in uptake, people still use cash

However, the findings do not necessarily show the huge amount of additional progress necessary in order to transition towards a cashless society. An analysis of bank ATM withdrawals from fintech platform Abound indicates that up to 65% of consumers still rely on cash withdrawals on a regular basis; more than 90% of those surveyed have used an ATM in the last six months, including nearly two-thirds (65%) of people in the last month.

Abound claims that, despite the increasing popularity of cashless payment methods, the research shows how far away we are from becoming truly cashless. Only 5% of the population is living completely cash-free, the research claims.

The transition towards cashless, and the effects this will have on society, is one of the most hotly disputed talking points within the fintech sector. Mobile payments have surged in the past decade but there are still unanswered questions about how a truly cashless society would work in practice – or, indeed, if it’s even possible. According to the Financial Conduct Authority (FCA), there will still more than 1mn unbanked individuals in the UK in 2020. That’s in spite of the country being fairly low down the unbanked league tables. In a cashless world, the tooth fairy does not leave coins under a child’s pillow and doting grandmothers do not slip banknotes inside their grandchildren’s birthday cards.

Indeed, Abound’s research shows both a regional and generational divide in the continuing use of cash. Londoners and young people were significantly less likely to use ATMs than their older counterparts, or those living outside the capital.

The UK is still ‘far from being a cashless society’

Gerald Chappell, CEO of personal lending fintech Abound, says: “While going contactless and paying with smartphones, like Apple or Google Pay, has become the default at many businesses since the coronavirus pandemic, our data indicates that cash remains extremely popular – and in fact could be bouncing back.

“As the cost of living bites people’s incomes, it could be that people may be using cash to reduce their spending. It’s much easier to see physically where their money is going, as well as a natural rebound as peoples' lives return to normal following the pandemic.

“Our analysis shows the UK is far from being a cashless society, as mostly older generations continue to use ATMs frequently, whereas younger people living in London are the most likely to go out with a thinner wallet.”