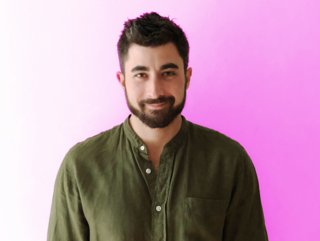 Eric Fulwiler – Co-Founder of brand consultancy Rival and ex-CMO at 11:FS – talks inspiration, differentiation, and the grind of starting a business

Eric Fulwiler is Co-Founder of brand consultancy Rival. He threw himself into the deep-end of fintech when he joined 11:FS three years ago, following a decade in digital ad agencies. Here, he shares his lessons for fintechs striving to stand out in a saturated market.

Describe your role and your background. How did you get to this point?

It’s been a long and winding road. I fell into marketing; I never had an ambition to be a marketer and, in many ways, I still don’t! I originally worked in the nonprofit world with HIV/AIDS programmes in Latin America. New York City was my home at the time, and I ended up meeting the CEO of Forbes.com – back when it was a separate business from the magazine. He was looking for someone to “figure out this social media thing”, and I decided to give it a shot. It was the early days of Web 2.0 in New York, and I met some of the people building the early days of social media, digital marketing and adtech, including a guy named Gary Vaynerchuk, who was starting an advertising agency. I worked in digital ad agencies for 10 years, then spent two-and-a-half years as the CMO of 11:FS until co-founding Rival late last year.

Weirdly, I don’t think I had one. I had people I looked up to, of course, including my mom, but I wouldn’t say I had a hero. That’s not to say I had it all figured out (and I definitely still don’t) – it’s more that I take inspiration and motivation in smaller doses from many people rather than a big dose from one big hero.

What’s the best piece of advice you ever received?

“Always try to bring 51% of the value”. This piece of advice is the one that’s had the most profound impact on almost every aspect of my life. ‘Bring 51%’ means that you are always trying to add more value than you’re receiving. If it’s a conversation, you’re trying to listen and respond in a helpful way. If it's a relationship, you’re trying to find ways to empathise and help someone out. If it’s a client or business opportunity, you are trying to understand their needs and try to help them solve them, whether you get the credit or not.

Just how much opportunity there is. When I jumped into the deep-end of fintech by joining 11:FS three years ago, it blew my mind how many smart people were working on big ideas. Financial services are the lifeblood of our world in many ways, yet so much of it is outdated and broken. Even now, 20 years into fintech, we’re still just scratching the surface. There is so much of this industry where more value can be delivered faster and cheaper, which is what innovation is all about. For those of us on the inside, it might feel like the white space is filling up, but all you need to do is look around you at the inefficiencies that still exist and you realise how much opportunity there is.

How do you balance the need to be different versus the expectation to conform to design norms?

There’s no balance. Brands should be doing the minimum they think is needed to conform. The rest – the vast majority of time, budget and focus – should be put on doing something different. Of course, I’m exaggerating slightly to make a point. You can’t just design something completely foreign and expect people to accept it. Make sure you understand and are anchored in some kind of acceptable norm. But the biggest risk by far for most brands is not being rejected, but being ignored entirely. The market is so crowded. There is so much noise being pumped out at the modern consumer. Lack of differentiation is a much bigger risk to your business than being rejected for not conforming to design norms.

I’ll speak from my seat in the marketing corner of the industry, because I think there are much larger issues around D&I or CSR. The biggest challenge I’ve encountered is the fundamental misunderstanding of what marketing is. Most people and most businesses think of marketing as advertising: the communication and campaigns that you deliver to the customer. Yes, that’s part of marketing. But the role of marketing, and the reason you have it in your business, is not just to push ads to the customer – it’s to build a bridge between the customer and your product. Good marketing functions (and good marketers, I might add) think of marketing as a way to bring the product to the customer and bring the customer to the product. Marketing is an innovation function as much as it is a distribution function. I view this as a challenge, but also a big constraint to the growth of many fintechs out there. They’re not realising the full potential of marketing to drive the growth of their business.

What’s one fintech you use yourself on a regular basis?

Wise. As an expat, I’ve been a Wise user for years for FX between the US and UK, but we also use Wise as our business account at Rival.

Describe yourself in three words.

Is there a personal achievement from the last 12 months you’re particularly proud of?

Starting Rival! I’ve always worked in startups, but this is the first that I’ve co-founded. And, man, it’s hard! I don’t think we talk enough about how hard entrepreneurship is – particularly being a founder or co-founder. We love to talk about the wins and headlines, but 99% of being an entrepreneur is about grinding, stressing, failing, learning – things that don’t get likes on Instagram and LinkedIn. We need to have a more balanced, honest conversation about it, because I believe a lot of people think they’re not good at what they do or they’re doing it wrong because all they see are people making it look easy. It’s not! And it’s a feature, not a bug, of trying to start your own company.

What was the last book you read and when?

I read a lot – about a book a week. The last book I read was A Gentleman in Moscow. My wife is trying to get me to read more fiction, so I promised I’d give it a shot. But the last ‘best book’ I read was The Changing World Order by Ray Dalio.