What does it take to become a Modern Finance Leader? 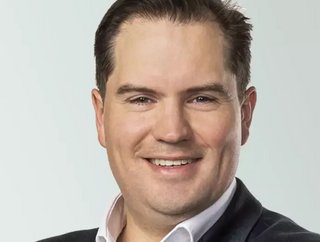 James Haslam, Chief Financial Officer, ELMO Cloud HR & Payroll, seeks to redefine the traditional associations of his role as he leads the financial strategy of the tech company that enables medium-sized companies within Australia and New Zealand to deliver employee satisfaction through the use of its cutting-edge technology.

Haslam’s experience spans over an 18-year career in accounting and finance. Before becoming a chartered accountant, he obtained his Bachelor of Science in Engineering and Business from the University of Warwick in the UK. Haslam moved into KPMG’s graduate program in 2001, working largely across audit and corporate restructuring before moving to Australia in 2005 with KPMG's secondment program where he worked primarily in corporate finance.

In 2014, he joined Deloitte as a director in the corporate finance team. Yet Haslam’s ambitions were pulling him away from ‘the Big Four’ and in 2017 he founded Financial Agility Consulting. "I saw a gap in the market for providing corporate finance advice to mid-market executive teams, particularly around mergers and acquisitions and IPOs,” he explains.

Shortly after founding the company, Deloitte reached out to Haslam, referring him to ELMO in order to assist with developing the company's prospectus as part of the IPO, which was successful in 2017. Little did he know at that time how the initial engagement would set him on the path to become a CFO at ELMO.

As he continued with Financial Agility Consulting, Haslam continued to work on mergers and acquisitions (M&A) projects and IPOs until early 2019, including supporting ELMO on five successful acquisitions, before he succeeded ELMO’s then-CFO, Trevor Lonstein. "It's not your traditional route into the CFO role,” Haslam acknowledges, “but the advantage I’ve gained through both my Big Four and consulting experience is a wide view of the strengths and weaknesses of many CFO’s who I have worked with. I believe this experience has provided me with a more holistic view of businesses which I find now benefits me in my role.”

The skills and networking abilities gained from both KPMG and Deloitte, along with its prestigious alumni, gave Haslam the tools he needed to navigate the industry well, but he reflects that it was in his private consulting work where he learned how to obtain his own opportunities and engagements. "That need to be resourceful and go the extra mile with self motivation has really honed my negotiation and emotional IQ skills that are so vital in my role today.” He goes on: "Learning how to really listen to the needs of stakeholders is integral to my work at ELMO every day.”

"A Modern Finance Leader looks ahead by two or three years; asks themselves 'how can we invest and lay the foundations to support further growth?’ and embraces new technology in an ever-changing landscape. To do that you need to be partnered across the company and able to communicate complicated financial data with any department in a way that everyone can understand."

To ensure a high standard, Haslam enthuses that, for him, and for any good Modern Finance Leader, it is imperative to have a great team that is both supported and appreciated by the CFO. "My team is the backbone of our finance operations and I am a big believer in empowering my team, whatever their aspirations may be."

Since Haslam has been in the role, he has expanded the team and set up both a financial planning analysis team, and a corporate development team. He identifies being “collaborative” as the key requirement for teams.

"I want the team debating ideas and talking collaboratively. I don’t stress about mistakes, but I want the team feeling confident in exploring and finding solutions. I often say, if you can't fix your issue in less than 30 minutes, share it. I believe that we have a great work culture and I am only as good as my team. I am proud of them and their efforts."