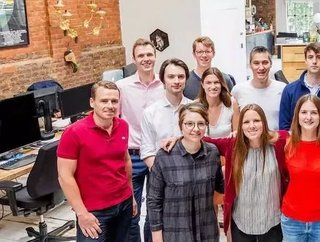 The London fintech was valuated at over £1bn following a secondary sale...

The dynamic startup which launched in 2014 offers competitive, fast loans that are assessed using a soft credit search system so that users requesting a loan quote will not have their credit score affected.

The platform has proven popular with customers, who, according to the review engine Feefo.com, have given the company a 100% approval rating on services and response times. Lendable’s success is partly due to the fact that it can facilitate loans to those whose credit scores are less than perfect.

Currently backed by Goldman Sachs, the fintech’s new unicorn status has ensured that it’s early-stage angel investors will have enjoyed a 250-fold return on their investments. As a result, sources say new investors are keen to get involved in the action.

According to reports, the valuation was an internal transation that saw initial investors and employees cash in an estimated £30m in shares, in conjunction with the company's backers raising their stake.

Goodbody analyst John Cronin told P2P Finance News that the valuation was a “significant uplift” for Lendable considering the £500m value attached to thecompany when Balderton Capital led a secondary sale in 2018.

He said, “Notably, Lendable has raised just £4m in equity to date and booked £15m in profits on £32m in revenue in 2019. However, the next acid test from a valuation perspective will be when Lendable seeks to raise more institutional capital for expansion purposes.”

Despite being unusually discreet when it comes to press publicity, Lendable has caught the attention of several world-class investors. The latest public filings show:

As a result of its success, Lendable has raised just £4m in equity since its launch, and recorded a £15m profit margin on a £32.1m revenue in 2019. This achievement has positioned Lendable ahead of most of its European unicorn competitors such as Klarna, N26, Monzo and Revolut.

According to reports, Lendable, which uses institutional capital to fund its services, now issues a new loan every 30 seconds. With plans to expand into the US marketplace, it is also rumoured to be launching a new credit card product. The fintech is considered an industry leader due to its swiftly growing sales, its fast-track applications and its highly competitive rates.

Lendable is the brainchild of its CEO and founder, Martin Kissinger, who set up the Berlin-based peer-to-peer lending fintech Lendico for Rocket Internet.

Kissinger utilised the large amounts of data available in the UK at an opportunistic time when customer lending was a changing sector. The result was a service that is more efficient and faster than many of the larger peer-to-peer competitors such as Rateseter and Zopa.

Part of Lendable's success can also be attibuted to the time at which it was launched. The company began operations just prior to the Financial Conduct Authority's tightening of regulations for financial services companies. Kissinger said, "The FCA created a much stricter regime and a larger number of firms dropped out of the market.It was interesting for us because there was a time window during which, if you already existed as a licenced member, you could continue with your business and apply for authorisation afterwards. It became much more difficult to enter this business after that deadline."